Light-years behind the records of Eddy Merckx and nowhere as famous as the three other five-time winners of the Tour de France, Jacques Anquetil, Bernard Hinault and Miguel Indurain, a total of 67 riders have worn the yellow jersey for just one day (or even less) in their careers and exemplified the pursuit of excellence from a humble start. In the 1952 Tour de France, Andrea Carrea, a domestique riding for Fausto Coppi and Gino Bartali in the Italian team, burst into tears as he pulled on the yellow jersey, saying that he was not worthy of an honour meant for his leaders. 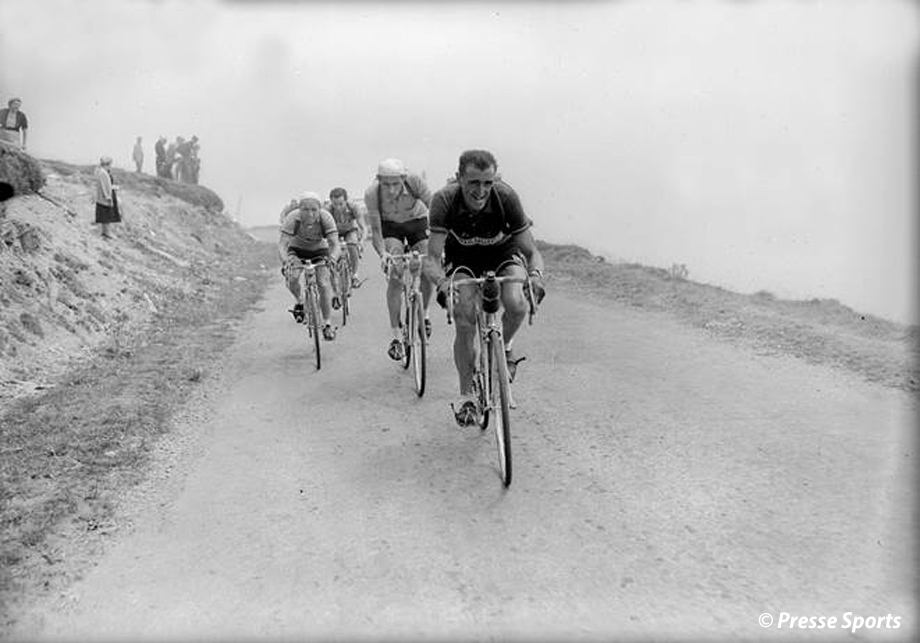 Being a domestique is a professional commitment. Some would even liken it to a sacred office. While it can be a logical career path for riders who are acutely aware of their limits, it takes a clear picture of the generosity of this arduous task and a strong sense of loyalty to become a trusted lieutenant. "Only a brave soul can accept as ideal a job that involves toiling away anonymously and burning the energy surplus that makes the difference for the win, while giving up all hopes and dreams of entering the pantheon of cycling", wrote Jacques Goddet in L'Équipe, paying tribute to Andrea Carrea and, in effect, all the riders pedalling in the shadow of their own moral fibre.

Andrea Carrea started the 1952 Tour de France following a Giro d'Italia in which he had helped Fausto Coppi take his fourth win in the corsa rosa. Il Campionissimo had crushed the competition with raw power and sheer class. At this point in his career, Coppi commanded huge respect from the peloton for his physical capabilities and constant humility alike. However, their hierarchical and emotional ties were also a powerful driving force for Carrea, born just a few kilometres from Castellania. When a group rode clear more than 140 km into the stage to Lausanne, the gregario went with it to protect his captain's interests. By the end of the stage, the breakaway had gained over 9 minutes. Carrea, who had not realised he was the highest-ranked rider in the group, took over the yellow jersey in tears, fearing the wrath of Coppi, previous leader Fiorenzo Magni and Italian coach Alfredo Binda. "He looked like a child who had stolen a jar of jam in the afternoon and could now see his father coming, fully aware of what he had done", wrote the journalist covering the return of the squadra to their hotel for L'Équipe. Of course, instead of the severe rebuke he had expected, what he got was the warm and sincere congratulations of everyone around him.

Even though he deemed himself unworthy of the honour, Carrea rolled out in yellow for what was to be a historic stage, featuring the very first high-altitude finish in the history of the Tour de France. As fate would have it, this humble gregario will forever be remembered as the first rider to tackle the 21 hairpin bends of the Alpe d'Huez in yellow. What a powerful symbol it was! Meanwhile, Fausto Coppi smashed the opposition on the fearsome climb and snatched the yellow jersey. The provisional podium at the end of the day was an all-Italian affair, with Carrea right behind Coppi, who was now poised to enter Italian soil with a spectacular performance on the road to Sestriere. Everything was back to normal.