The New Year is upon us again and for many that means New Year Resolutions and then a week later breaking them. Today best selling author and keen cyclist Bob Selden gives us his tips on how to make resolutions and more importantly - how to keep them!

Two year’s ago, having reached the 70 year age mark, I decided to get fitter by doing more cycling – regularly. I mixed road riding with the home trainer, and achieved 369 days in a row! Then I encountered a slight “bump in the road”, being diagnosed with cancer. And that too was a positive, as because I was so physically fit by then, I was able to be treated with a much higher dose of chemo than normal, and recovered within six months.

As an organisational psychologist, I knew what most of the research has said about setting goals and keeping to them – all good advice. So I used most of the following, with one critical addition. Surprisingly, this one addition is little known, yet I believe, is the additive that makes the difference.

Loss aversion: people are motivated to regain something lost – such as physical fitness – rather than to gain something new. So your New Year’s resolution should be easier to keep if it focusses on regaining something that you once had. Still, although perhaps a little more challenging, it’s eminently possible to achieve a new goal or acquire a new skill with a little perseverance.

Cue and reward: whether you are making a new habit from scratch or changing an old habit, decide on the cue and the reward. The cue could be a time, a place or a feeling, while the reward must be instantaneous. In my case, the cue was a time - 6.30am every morning when I awoke, and the reward was twofold – recording my time on the bike immediately after I finished and seeing the record grow day by day (it was great to get to the first 50 days!), followed by a warm shower and a fabulous cup of coffee. As an aside, there are some studies that show that simple habits form more quickly in the morning - researchers believe this may be due to the levels of the stress hormone cortisol, which tend to be highest when we wake up. Taking on the new behaviour in the morning could also help.

Part of a long-term plan: rather than short term goals or behaviour changes, try to make your resolutions a step along the path to a goal. In my case, I was keen to become fit enough to take another cycling holiday in France. And by taking small steps, such as 15 minutes per day on the home trainer, I was eventually able to (on one occasion), do a 100km road ride. 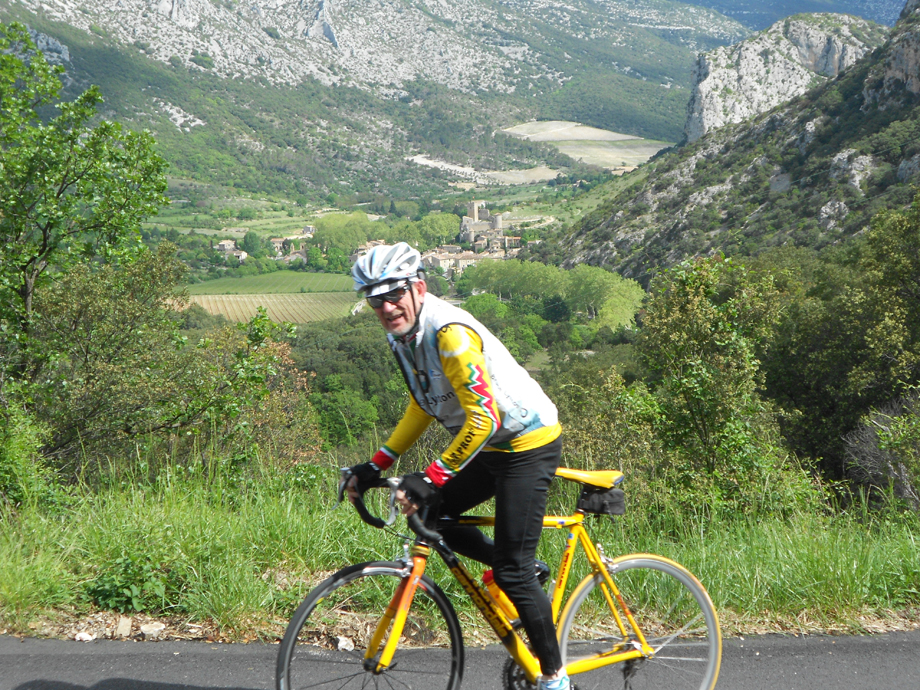 Bob getting away from the trainer and seeing the sights of the Hérault region in France on a previous holiday - it's great to have a long term plan.

Tell someone else about your plan: doing so, gives you an immediate sense of satisfaction – according to some studies simply having your goal acknowledged makes it a part of your identity and results in a rush of feel-good/reward hormones. And because your goal is now public, it is likely to keep you more honest in your endeavours. However, there are apparently some downsides. It depends on who you tell. Will they be supportive and encourage you even when you slip up and take that extra piece of cake, or will they look askance disapprovingly? Choose your confidante wisely.

Finally, the secret additive – the language you use to describe your goal. There are two components – firstly, express the goal and the steps you are taking to achieve it, in the present tense rather than the future tense (as most of our New Year’s resolutions are expressed). For example, instead of saying “I am going to get fitter by exercising 20 minutes per day”, say “I am exercising 20 minutes every day”. Apparently this tricks the brain into thinking that because we are already saying that something is happening, it thinks that it is. According to research by M.K. Chen, Associate Professor of Economics at UCLA Anderson School of Management, people whose first language naturally encourages them to express their goals in the present tense, are far more successful.

The second component of using the best language to achieve your goal, is to avoid the use of the word “but” and replace it with “and”. According to Dr Linda Sapadin, author of How to Beat Procrastination in the Digital Age, those of us who are prone to procrastination, tend to focus on a fear attached to achieving a goal, rather than figuring out how to get beyond the fear. And so, the fear becomes the excuse – usually expressed with a ‘but’ statement. For instance, I might say, “I wanted to get on the bike today, but I thought it was too cold”. Whatever comes after the 'but' is what counts,” says Sapadin. Change the word ‘but’ to ‘and’. ‘But’ denotes opposition and blockage; ‘And’ denotes connection and resolution, and as Spadin explains, “the task becomes less daunting, the fear less of an obstacle.” I therefore say “I am getting on the bike today and it’s cold and I’ll rug up well”.

So there you have it – how to make and keep those New Year’s resolutions – make sure your goals are achievable and part of a long-term plan, that you have the appropriate cues and rewards, that you tell the right people, and that you express it in the present tense. Oh, and remember to avoid ‘but’ and replace it with ‘and’ when you experience a potential block.

And guess what? I did manage to make it back to France and do yet another amazing cycling trip more than 20 years after my very first one. This time staying in Hidden House, my son's cycling gite in the Herault Valley of course. 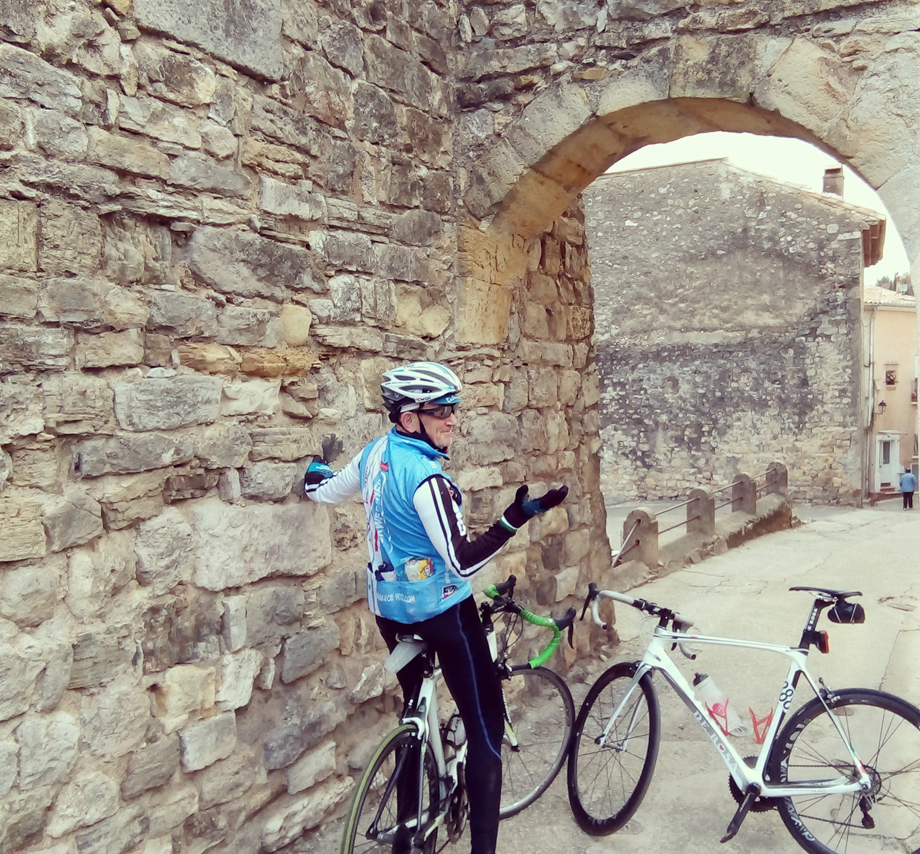 Bob just a week ago on a ride around the Hérault again - Resolution kept!

Bob Selden is an organisational psychologist and the author of “Don’t: How using the right words will change your life”. He’s also previously worked as a coach to sports coaches at the New South Wales, Australia, Academy of Sport.
▲ BACK TO TOP ▲
Related Stories
﻿