Toolbox: Racing season is taxing! Focused rides chasing ultra specific watts and heart rate values and races where you are taxing yourself time and again in pursuit of results. Frankly, the pursuit of excellence can become monotonous. Thankfully, nature gave us the fall! So what is one to do if the idea of one more watts-based workout may push you over the edge into madness? 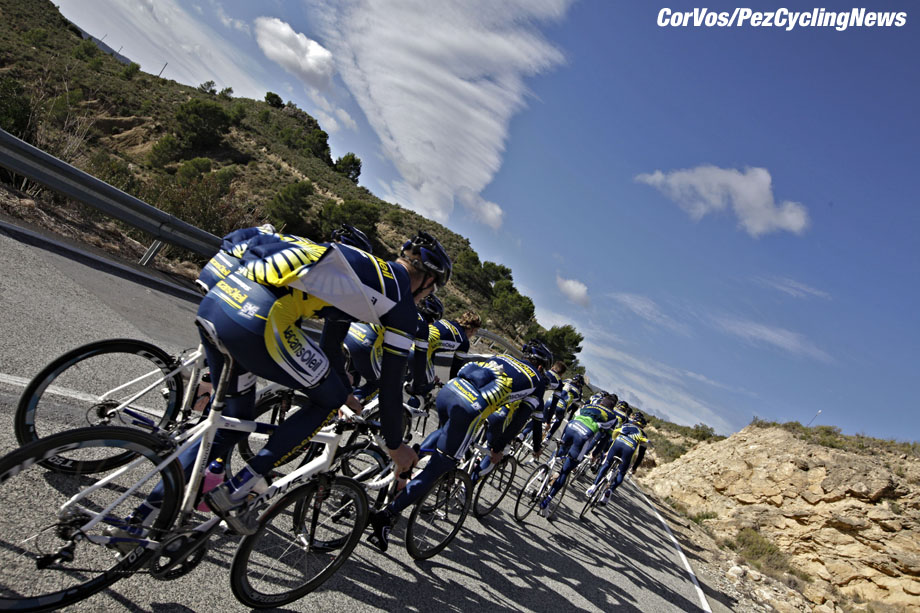 The nice side of winter training

if you are lucky enough to live where fall is a time of brisk mornings and warm, though shorter, days - versus those just entering summer (lucky ducks!!) or worse, those already feeling winters grasp (d’oh!), then you may find yourself aimlessly wandering through your “offseason” rides as the very idea of another watts based interval session sounds about as fun as repeatedly kicking a wall barefoot. Take heart, you have at your disposal the opportunity to reinvent your riding AND save your brain in the process!

Instead of simply following your old habits out of habit, why not try something completely novel this off-season? Indeed, it may well be a necessity to use your technology, but it is possible - and advisable - to use it differently. Here are three ways to freshen up your training by tracking different metrics. 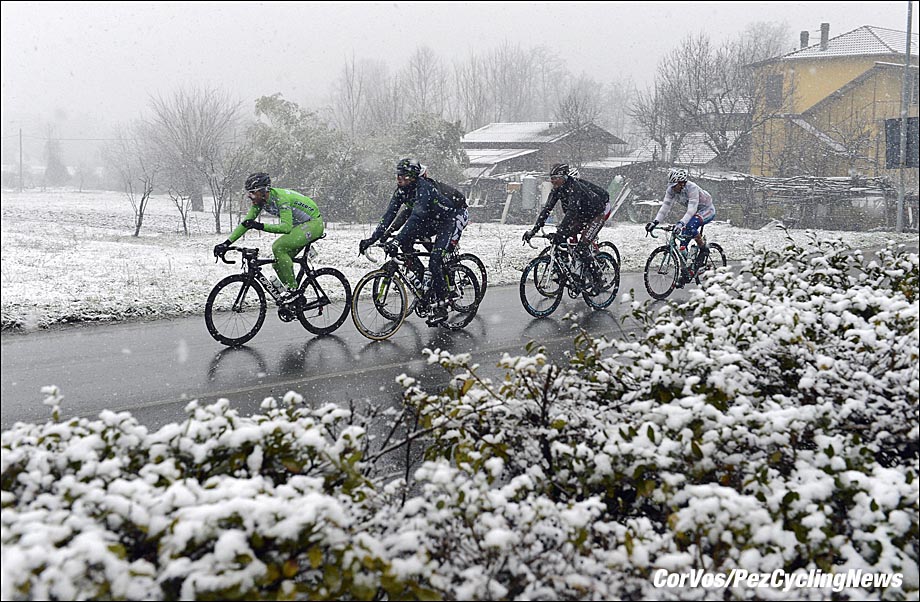 The not so nice part of winter training

Intensity Factor
I’ve recently challenged myself and my athletes to look at their workouts from different perspectives. For example, I’ve started using Intensity Factor (IF), Kilojoules, and RPE as the metric of choice for a given ride or block of training.

Intensity Factor is a great way to add some diversity to your rides. IF, in cool coach speak, is simply a measure of the difficulty of a particular ride or interval relative to your Functional Threshold Power (FTP). Most of us, riders and power-based coaches, use FTP as the common metric of measure for workouts and intervals. We look at average or normalized power for an interval and give you a thumbs up or a thumbs down.

IF, on the other hand, offers a different approach to quantifying your ride. According to the Coggan/Allen power terminology that has become defacto, Intensity Factor is stated as “simply the ratio of normalized power to your threshold power” where, for example, a long effort at your FTP (for example 60 minutes) elicits an IF of 1.0. While this simple explanation covers the basics of what IF is, there is also a range IF efforts that are quantified by the Coggan/Allen system as follows:


Great, so how does this alter your training? Well, in substance it doesn’t really change your training. Work is still work, and the process requires work, however, if you find chasing watts mundane, substituting IF for a series of intervals may just fit the bill. Here is a recent workout where I used IF as my overarching reference while using watts for individual intervals.

You see that there are multiple hard efforts, this workout was targeted MAP (maximal aerobic power) via a series of 1 - 2 minute efforts at my current MAP of about 350W. First off I did a 6 minute block of 30 seconds “ON” and 30 seconds “OFF” where on was above 350 Watts, and off was easy pedaling. Over the course of this initial interval my average power was 257W (roughly 91% of my 280W FTP), but my normalized power was 313W (112% of FTP) which, given the definition above, means my IF was 1.12 as well. You can also see that heart rate gradually sloped up and to the left during the entirety of the effort, as one would expect for an effort 12% over FTP. Average HR was 162 ( about 93% of my Threshold HR of 174bpm) but max HR was only 172bpm thanks to the short duration of the “ON” period. 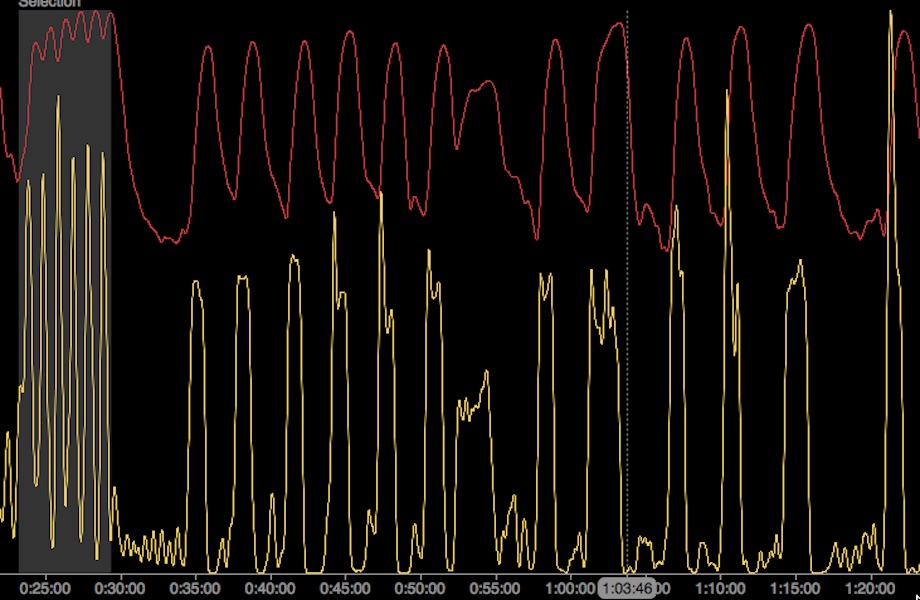 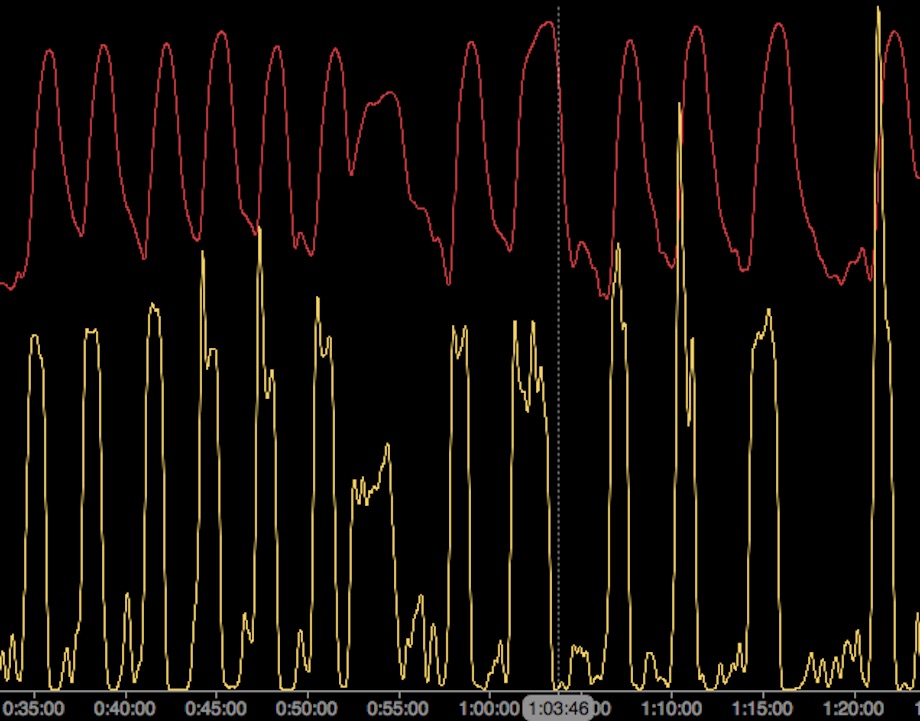 Looking at the rest MAP work we can see that the intervals themselves netted me 45 minutes at an IF of 0.93 (260Wnorm) at an average HR of only 133bpm. While it may not sound that taxing, trust me, I was happy to be done with them! Here’s the fun part, and why using IF for this workout proved particularly useful to me…rolling IF at the end of the MAP intervals was 0.90 (252Wnorm) at an average HR of 135bpm, but my motivation to keep my IF high helped me stay focused on the work at hand even when I was tired, I wanted that high IF score more than I wanted the individual power on an interval late in the workout. Overall, including the casual ride home, I netted an IF of 0.83 in a 2 hour workout with 133TSS - right in line with the chart above for an aerobic/anaerobic workout. Certainly I would have gotten largely the same metrics using just interval power as a reference, but it was refreshing to “chase” something else for awhile!

Summary
There's not much you can do to drastically change your training once a season is in full swing, but the off-season is a perfect time to experiment with different ideas and approaches to freshen things up. Next time, I will discuss other ideas for using different training metrics to add variety to your training.


About Matt McNamara: Matt is a USA Cycling Level 1 coach with over 20 years of racing, coaching and team management experience. Matt is the founder and president of Sterling Sports Group. Learn more by visiting him online at www.sterlingwins.com.