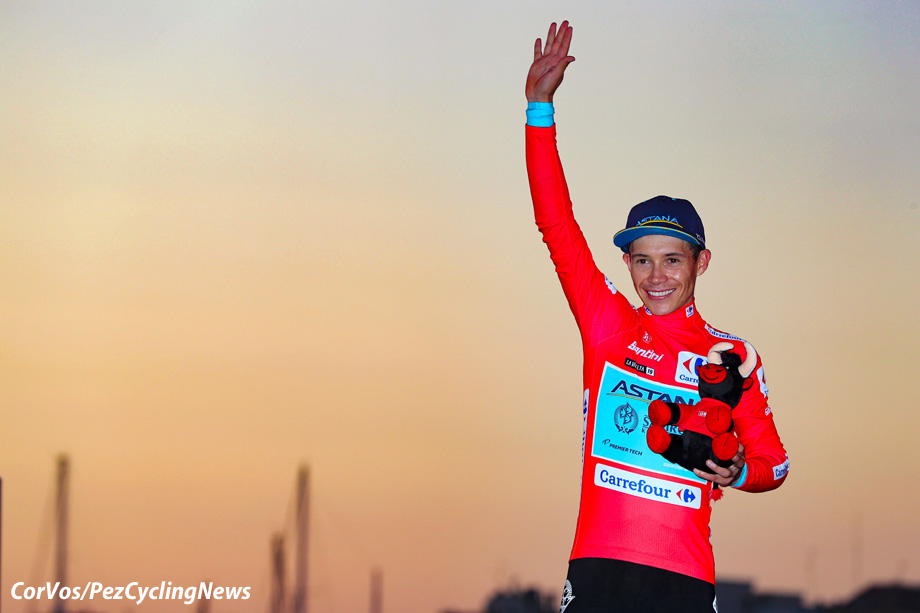 The first leader of the 2019 Vuelta


The 13 kilometre team time trial in Torrevieja on Saturday evening would provide the first wearer of the leader's red jersey of the 2019 Vuelta a España. Dimension Data were the first team to roll down the start ramp a few minutes before seven o'clock and Movistar was the last just after 8. 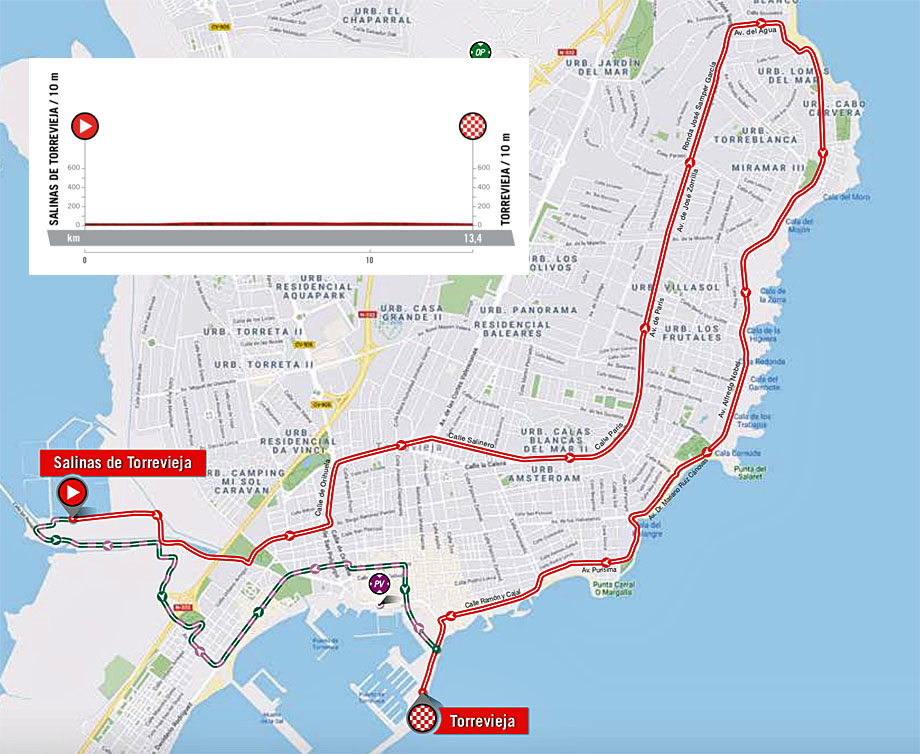 Obviously Dimension Data were the first team in the hot seat
Louis Meintjes' team were the first to cross the line. With a time of 15 minutes and 25 seconds, so they were the first to take the hot-seat. They had to wait for teams like AG2R-La Mondiale and Euskadi-Murias, but they didn't beat time of the South African team. 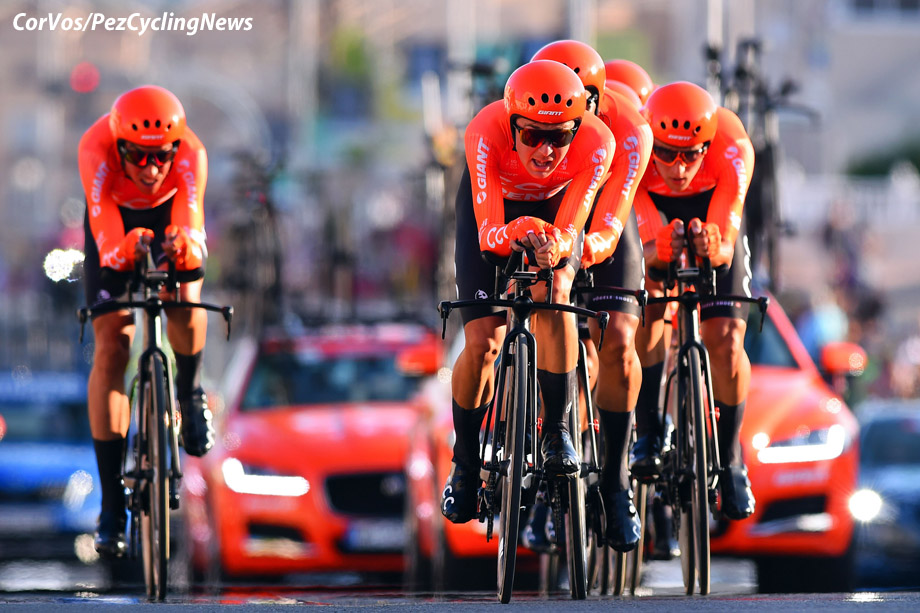 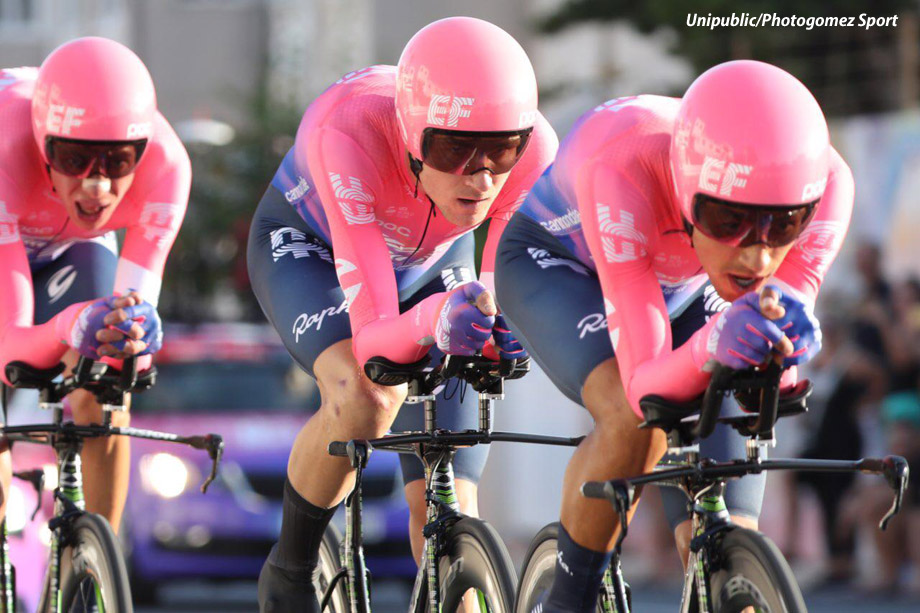 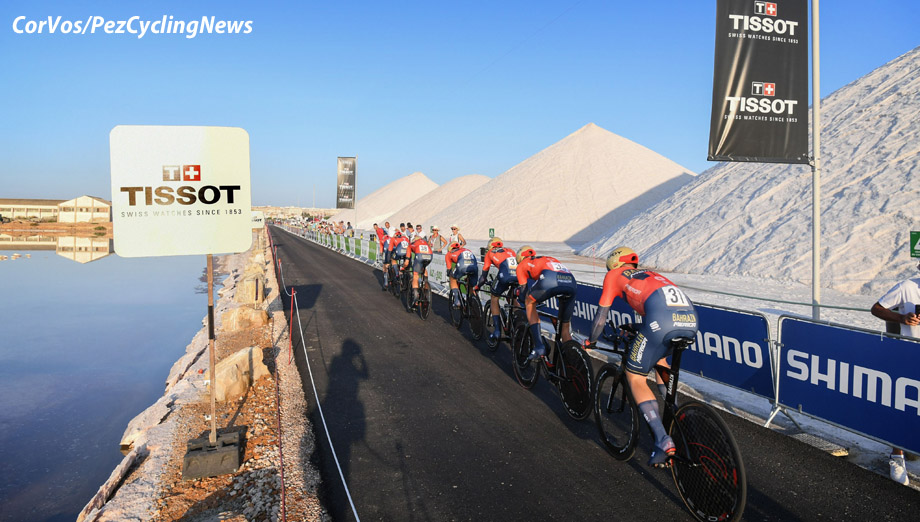 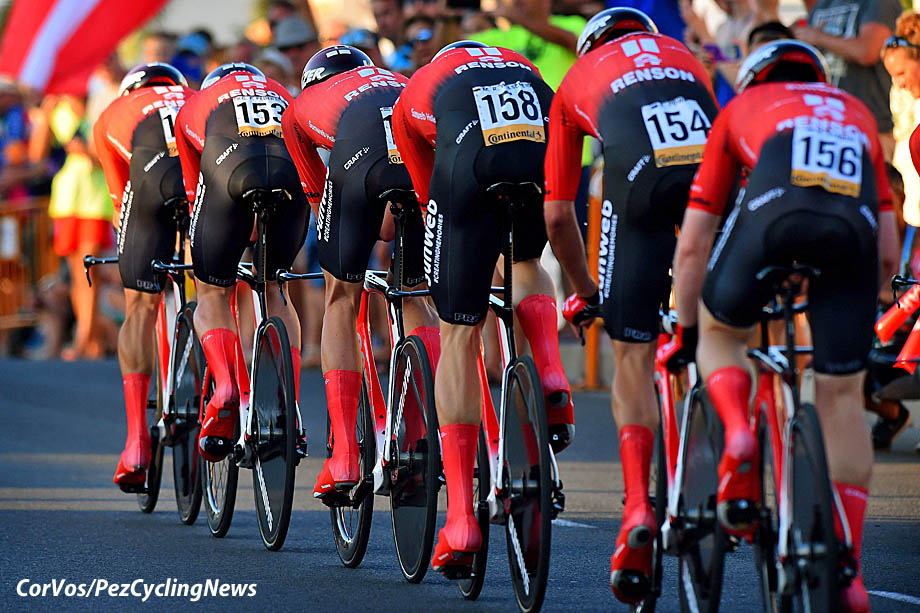 Mitchelton-Scott, Sunweb and Astana were some of the top contenders who would start their time trial before 8 o'clock. Mitchelton-Scott, with Esteban Chaves, also disappointed; at the finish they were 11 seconds short of knocking EF Education First off the hot-seat. 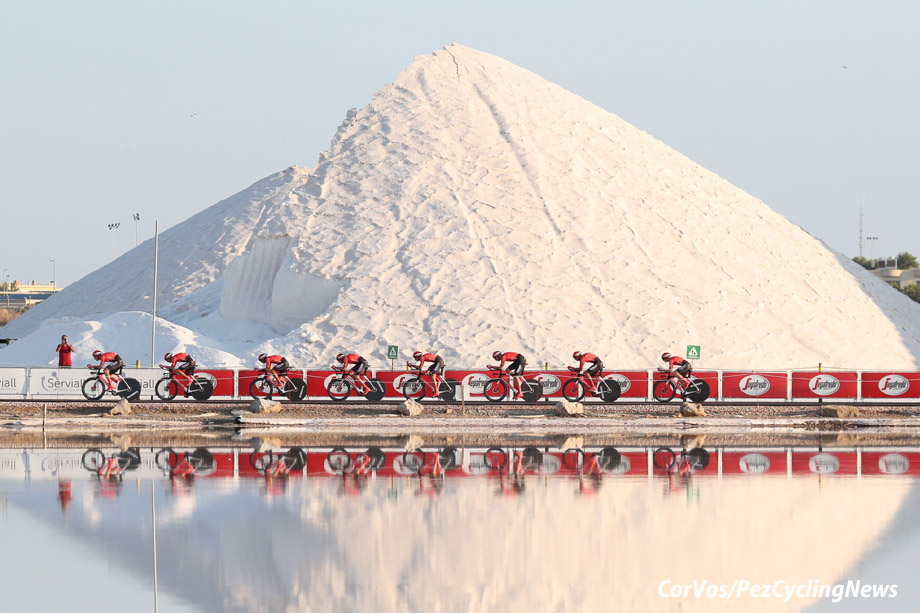 New top time for Sunweb, Astana takes over
Sunweb did not disappoint. At the first time point, the German team was 4 seconds faster than EF Education First. At the second point, Wilco Kelderman's team had two seconds in hand, but it was enough time to overtake EF Education First. 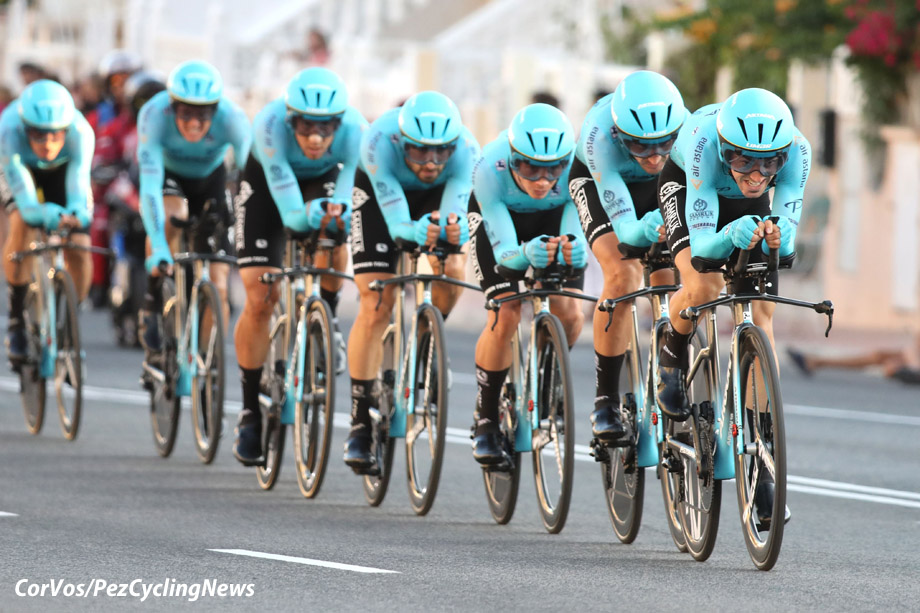 Sunweb was able to sit in the hot-seat for only eight minutes as Astana went under the Sunweb time. The new target time was 14:51 for the final six teams that still to finish. 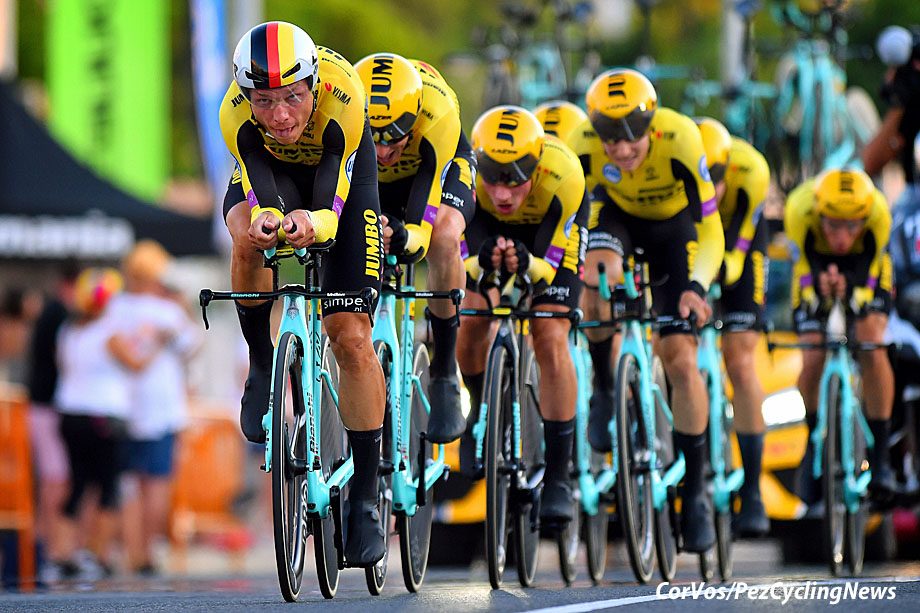 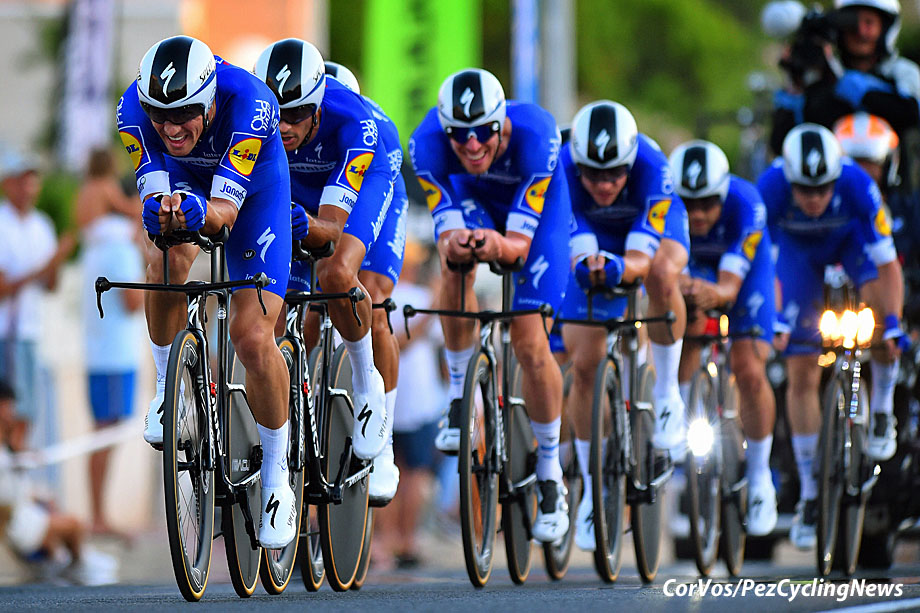 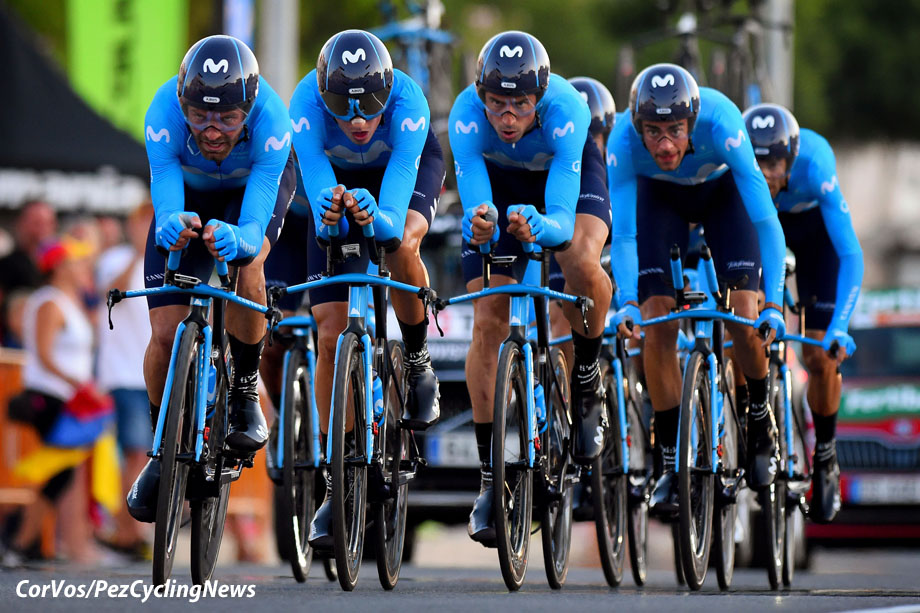 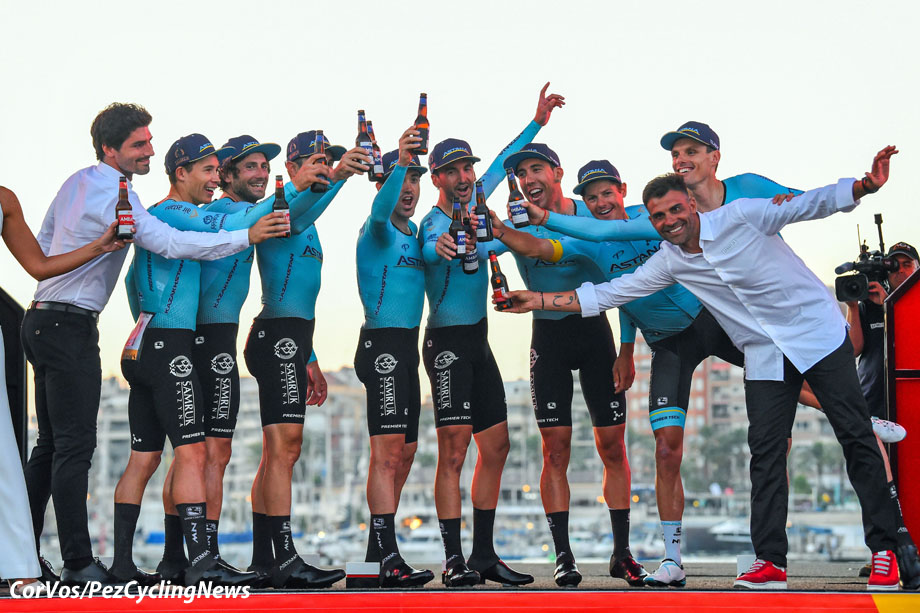 Overall leader, Miguel Angel Lopez (Astana): "I’m very happy because we’ve done things well. It’s been thanks to the whole team, to everyone’s effort, that we took this victory. We didn’t make a choice (as to who would cross the line first). It happened on the fly. I was 2nd behind Gorka (Izagirre) when we entered the last curve and he let me pass so I would ride the last 150 metres. We’re very happy and we’re going to enjoy every moment La Vuelta 19 gives us. We’ve worked well in the past years and the time has come (to enjoy). We have the red jersey and we’ll go with tranquility because I have a great team to support me." 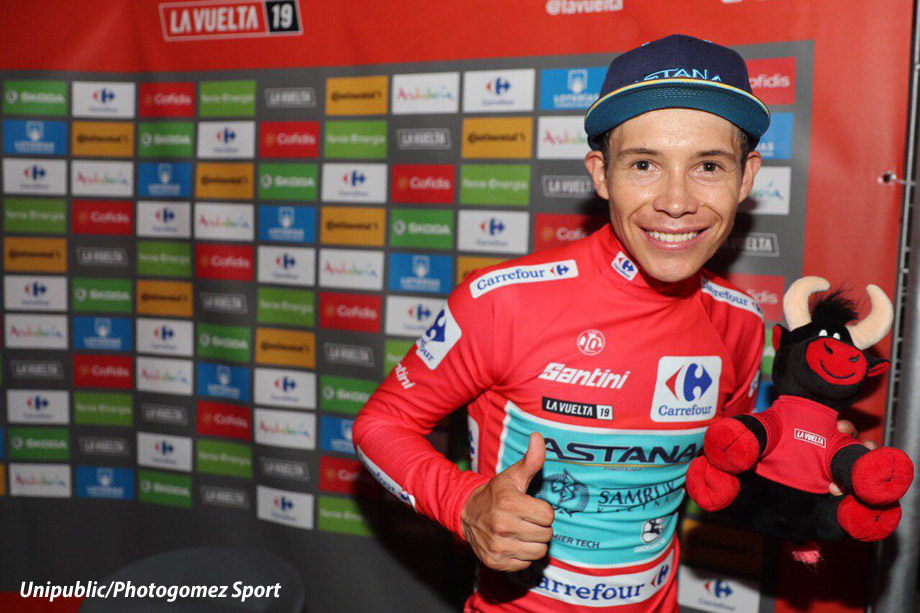