Roadside Retro 2014: Today on PEZ our super-fan in Italy, Alessandro Federico of AlbumCiclismo looks back at some of his best times chasing the Giro di Lombardia and also looks ahead to this Sunday's big race. 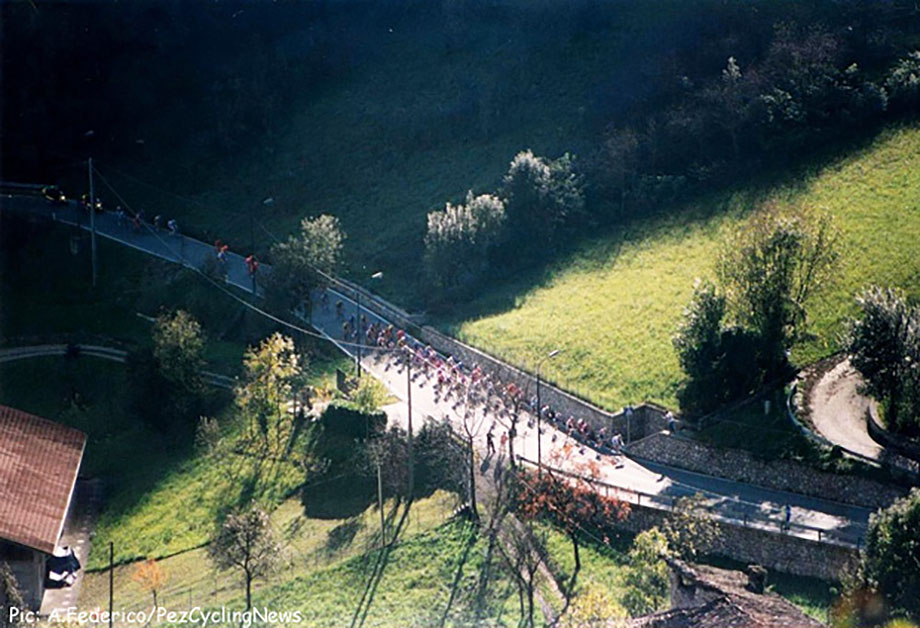 The classic Lombardia scenery, a race for giants

Me and my best bud Romolo (70 years old at the time) usually shared the trip to Lombardia, the moments before the race passage, the excitement of the race and the trip back home. It was our day. A day devoted to our common passion and to our friendship. I remember especially those drives on the way back home, Saturday late afternoon, tired, after the whole day out, most of the time in sight of a red sunset.

It was little bit sad, because we knew that cycling was over for many months. Already we were thinking to the next one, to the Milano Sanremo, even if was too far away. At the same time, we were already disputing about the race, how it was won, how it was lost. Those trips with Romolo to the Giro di Lombardia will remain forever the best I can recall of this race, something special, especially now, that my friend has gone. 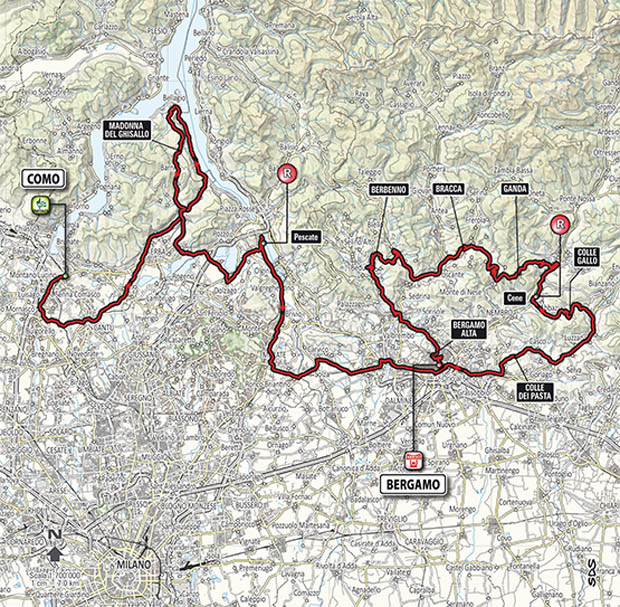 For the 2014 edition, the Giro di Lombardia will return to Bergamo. This beautiful city has hosted the finish of this Classic from 1995 to 2003. The last edition held in Bergamo was won by Michele Bartoli, who has been possibly the main protagonist of those years in Bergamo. The route, especially the one of 2003, was very similar to the one we will see this year; in this case, we can really write that there’s a lot to learn from the past. 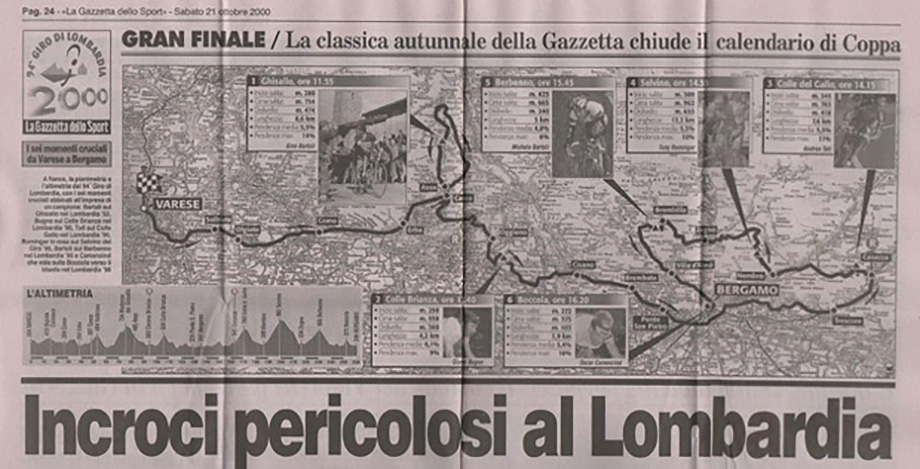 The Gazzetta dello Sport on 21 October 2000. The route was very similar to the one we will see on Sunday. 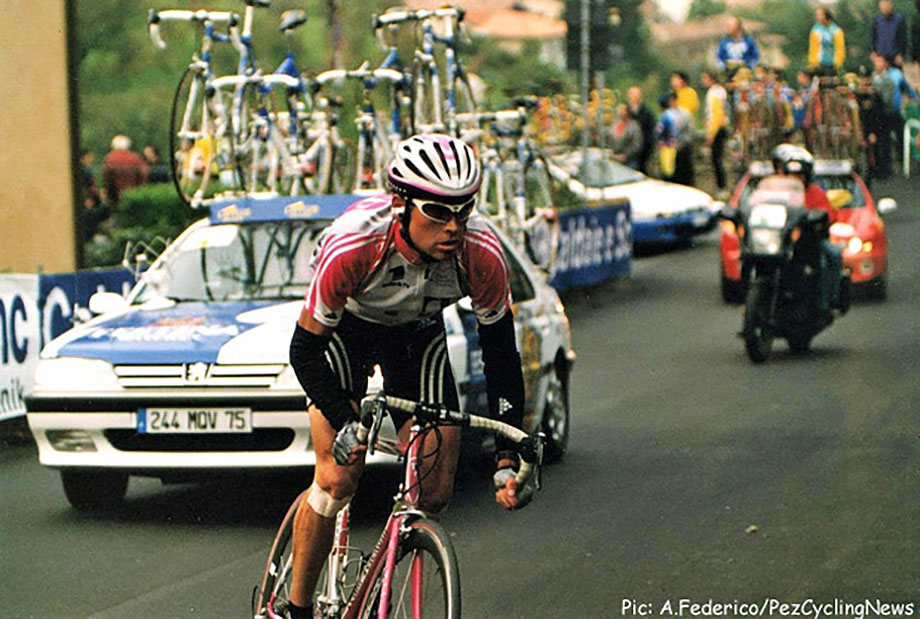 Jan Ullrich was never able to be protagonist at Lombardia, but in 1999 he was one of the favourites. A puncture on the last climb in Bergamo took him out of the challenge.

I chased already 10 different times this race and I know that it’s a very particular classic. Many riders are tired and several others are already thinking to their vacation, after a long season on the bike. But there’s a bunch of them who are still very hungry, for different reasons. Somebody has to catch the last big trophy of the cycling circus, and someone else has to catch a late contract signature. The battle on the road starts early and just few riders are able to reach the finish line, sometimes less than 50, especially in case of bad weather. 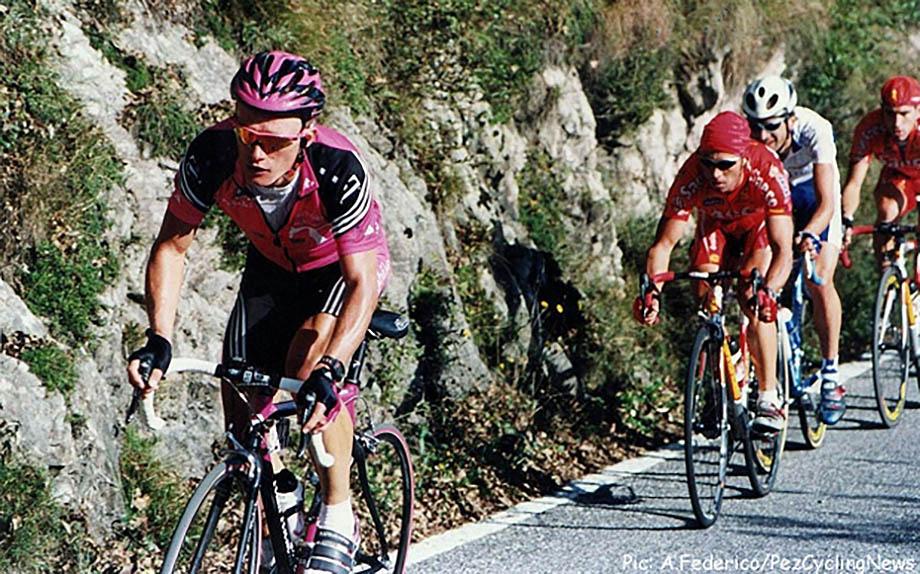 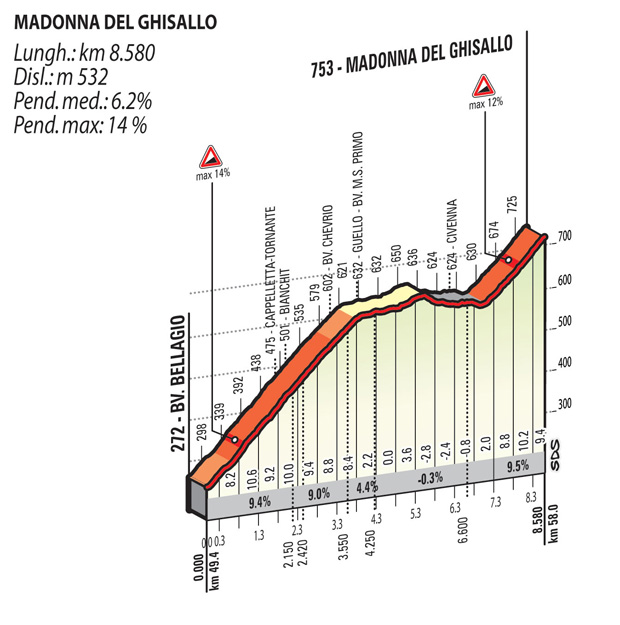 In the last ten years we’ve seen the Ghisallo as one of the main obstacles of the day. This iconic climb was located in the perfect position to start the final selection, but with the change of the finish the “holy climb” will be at the beginning of the day, a kind of “due transit” which won’t change anything in the race economy. The real race will start after 150 km, when Bergamo will be passed for the first time and the big climbs will start. 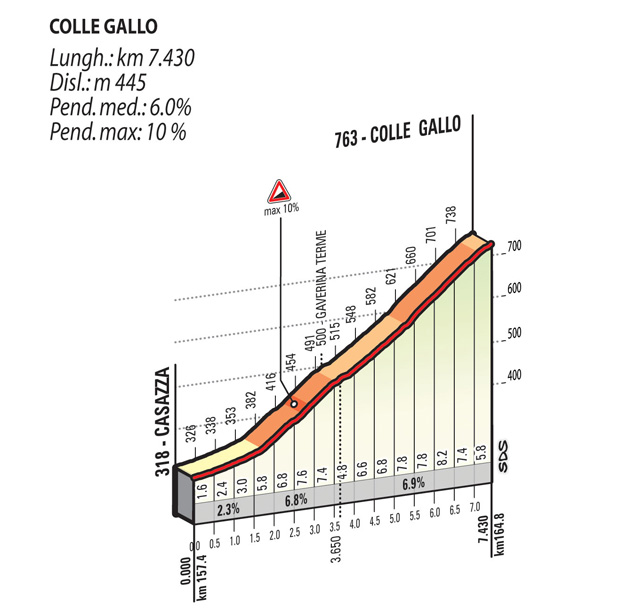 Colle del Gallo is the first hot point; the initial selection will start on its switchbacks even if all the best riders will be packed together. 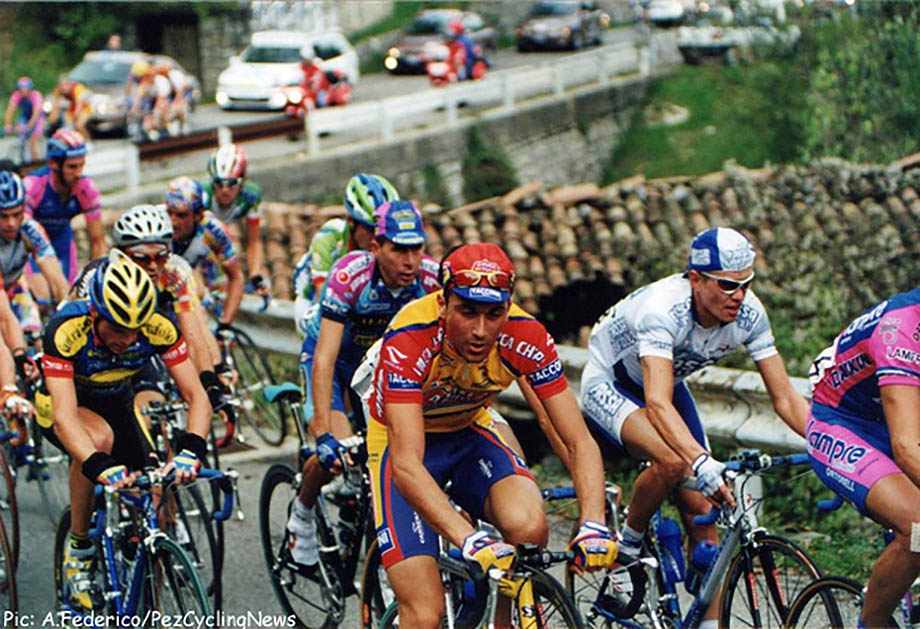 The passage on the top of Colle Gallo in the 2000 edition.

It’s the Colle Ganda, a new entry in the Lombardia, that will select those 20 or 30 riders that will fight till the finish. 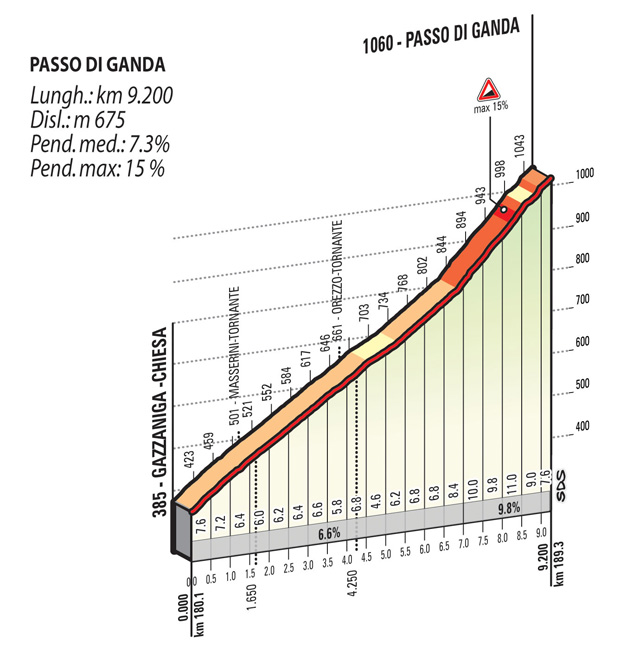 This climb is new to this race, in the past the race was passing on the same mountain but from another side, till the Selvino town. This climb was less selective, the Ganda seems to be a much worse client. After that the last 70 km of the race will be full of opportunities for some attack, including the climb to Berbenno (but watch also with care the small hill to Bracca!).

The real addition to the race, the moment to wait is the great final in Bergamo, up to the via Boccola. This is a very short climb which includes all what you expect from a Classics: twisty, narrow, steep road. Even cobbles for a very short section.

The first time we’ve seen the Boccola was in 1998 when Camenzind won in rainbow jersey, one week after the Worlds in Valkenburg. From 1998 to 2003 the Boccola became the “must see” of the entire race. It’s difficult to select a group over there but it’s perfect for an already selected chase. The finish is at the bottom of the descent, after a very dangerous bend on the right. And on that line the great cycling will switch off the flashes: the games will be done, at that point, and the trip back home will be, another time a mix of sweet and bitter emotions. 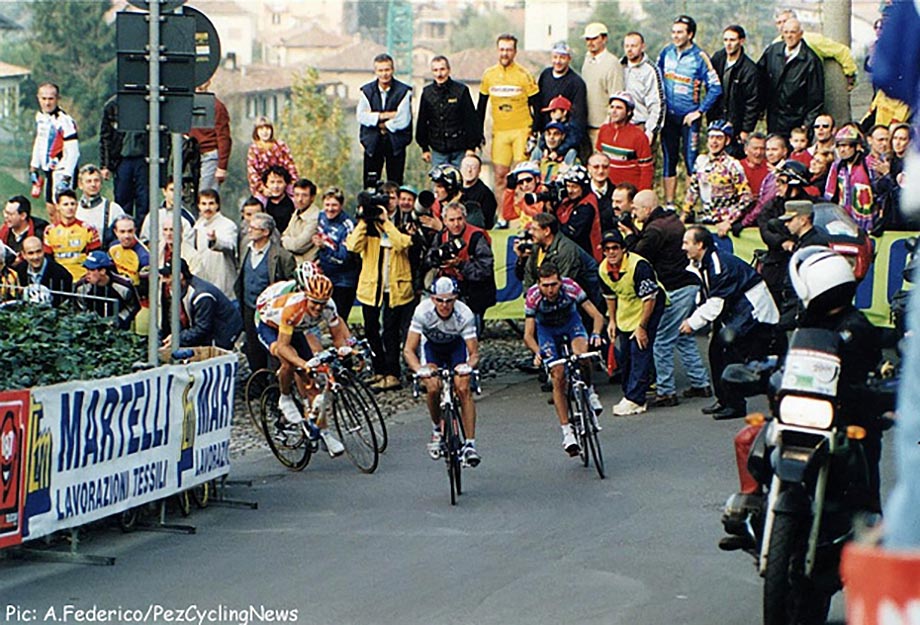 Boccola climb in Bergamo in the 2000 edition 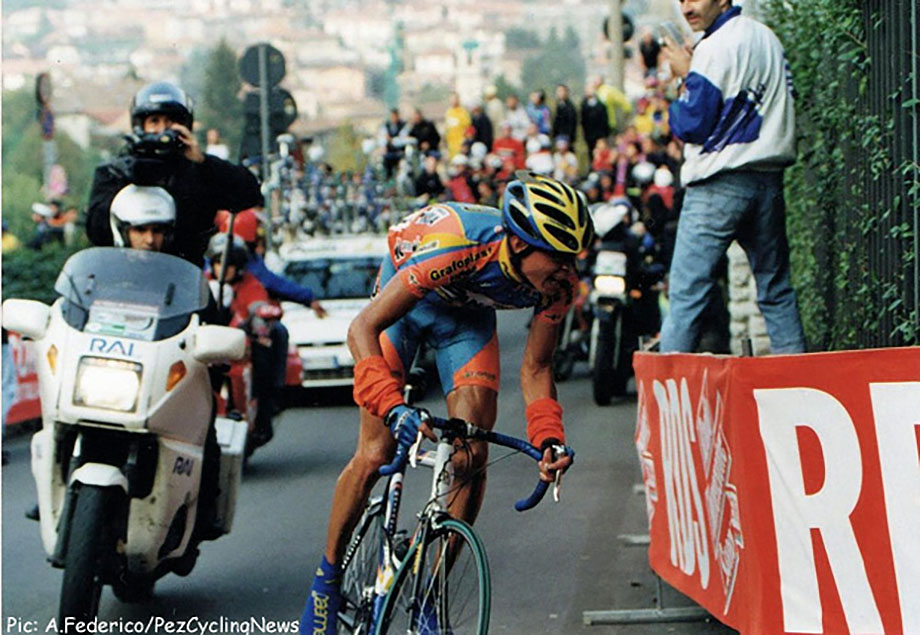 Axelsson on the Boccola (2000 edition). He was very close to winning the race but punctured during the descent at 1km to the finish and was caught a few hundred meters before the line.

Sunday's forecast is for the best. The green valleys of Lombardia are waiting the big challenge. The fall can wait a bit more and give us the opportunity to watch a great race. There are many riders that can win, many champions that need to win something heavy before the long winter. Watch out for all the favourites already highlighted by Ed Hood in the '2019 Lombardia PEZ Preview', but then, relax on your sofa, and enjoy the magic of this race.

The peaceful emotion of the bright lights of early October, and the first dead leaves on the road. These are the roads of the great tradition. Great riders have already transited through the same villages and up to those climbs. We can witness once more cycling make its own history. I'm ready to go and I hope you are too. Don’t miss a moment, don’t miss a kilometre and of course don’t miss a word afterwards on PEZ! 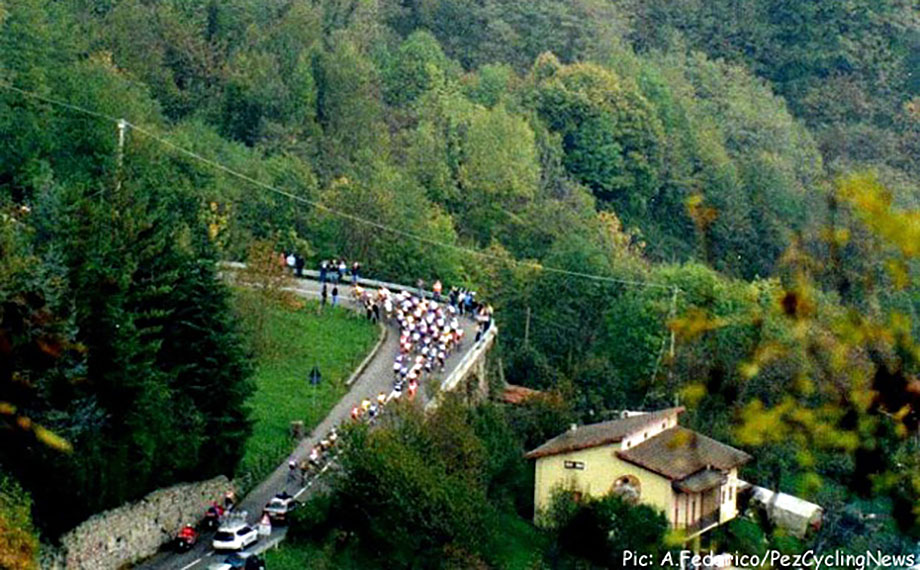 I wrote this short piece in memory of my friend Romolo, the Giro di Lombardia was our own race.

See more from Ale on Instagram.
▲ BACK TO TOP ▲
Related Stories
﻿