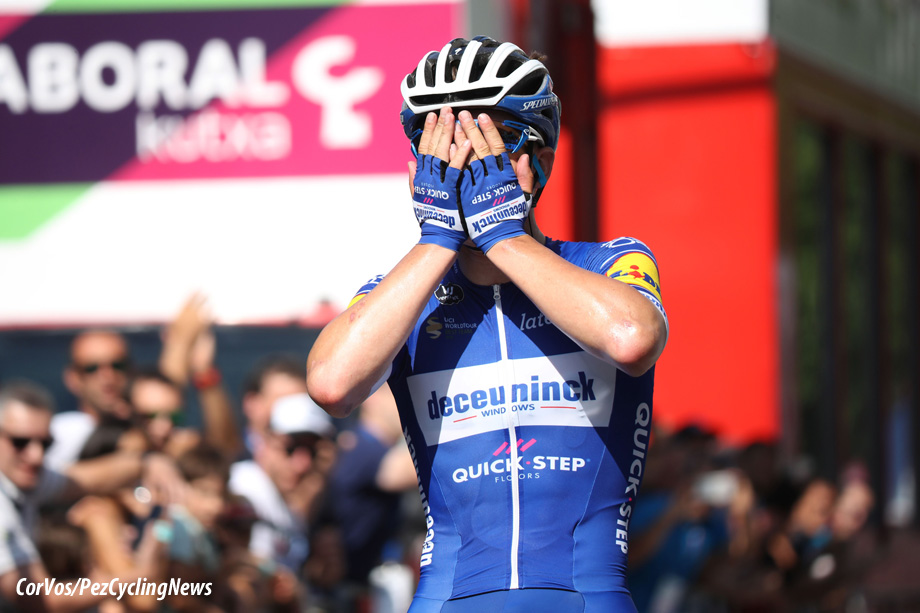 The big win for the young Belgian

Too much too soon? Maybe, but on the other hand, Remco Evenepoel is something special and we witnessed that today. He joined Skujins before the decisive climb of the day, rode away from the Latvian champion and soloed to the big victory. Stunning performance. 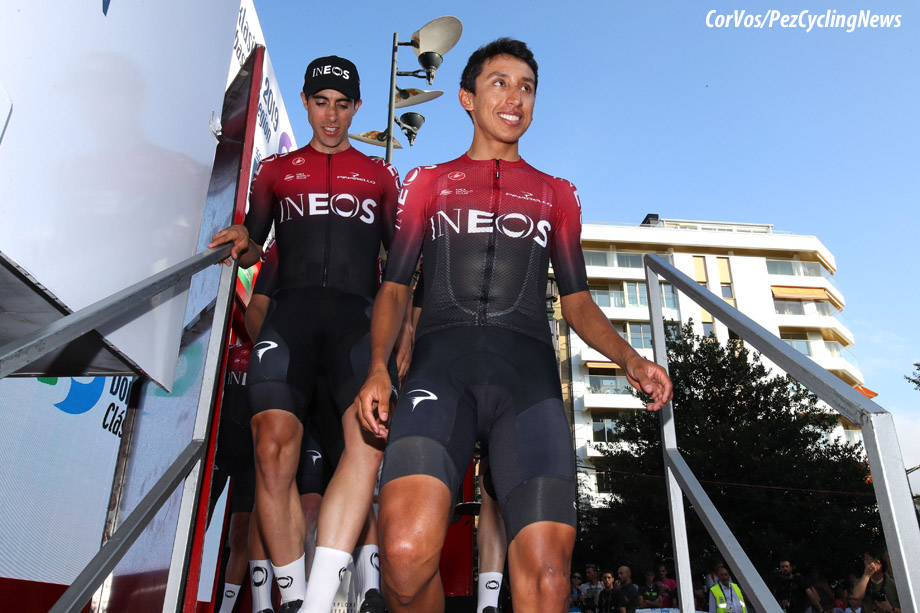 Tour winner Egan Bernal might be tired from his criterium appearances 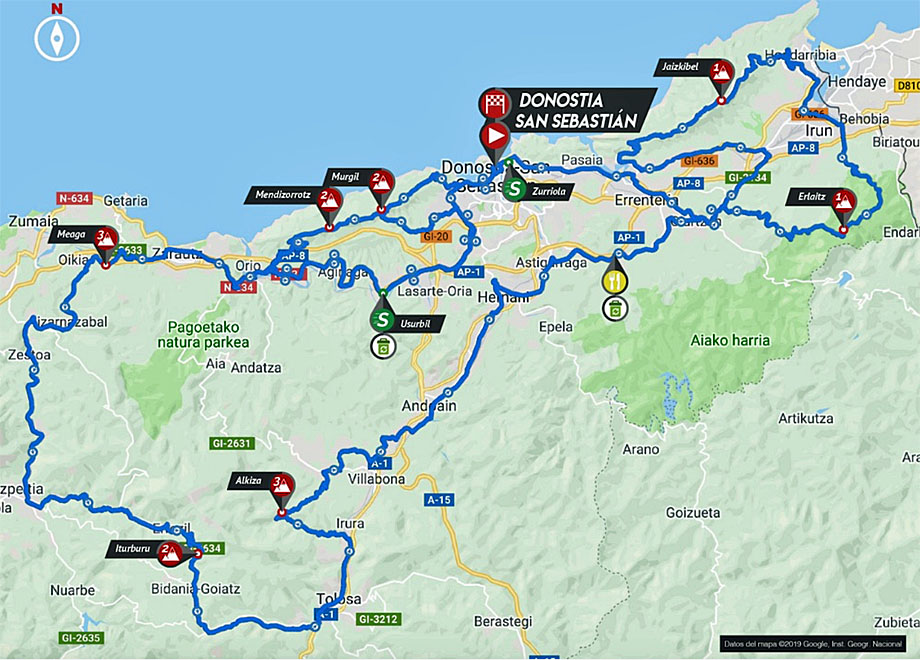 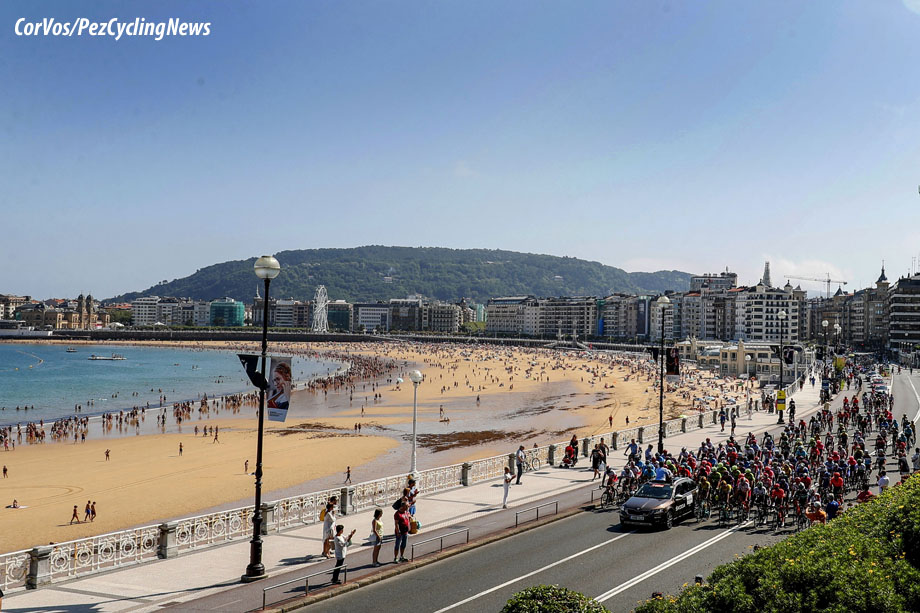 The peloton made its way out of San Sebastián

After the way he rode in the Tour de France, Julian Alaphilippe was the top favourite for the Basque race. However, Saturday was not Alaphilippe's day. After 90 kilometres the Frenchman had to retire as the French Grand Tour must have taken more out of him that he had tough. 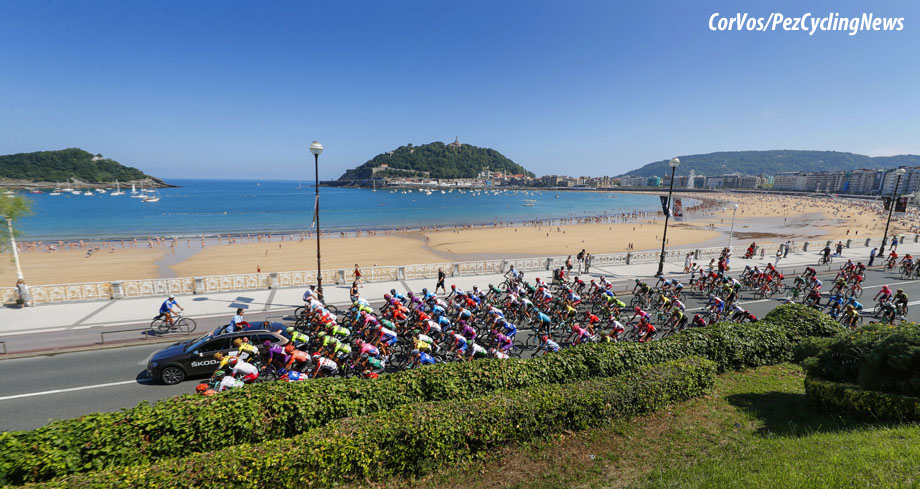 The bay 'La Concha' with its inviting beach

Nine riders had escaped the peloton. Markel Irizar was the main name in the group as the 39-year-old Basque was riding his last race, as his career ends after the Clásica San Sebastián. 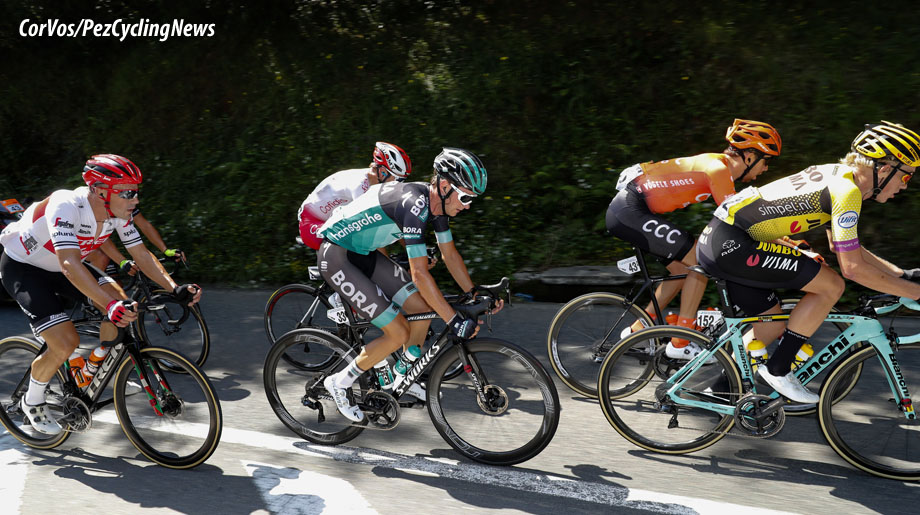 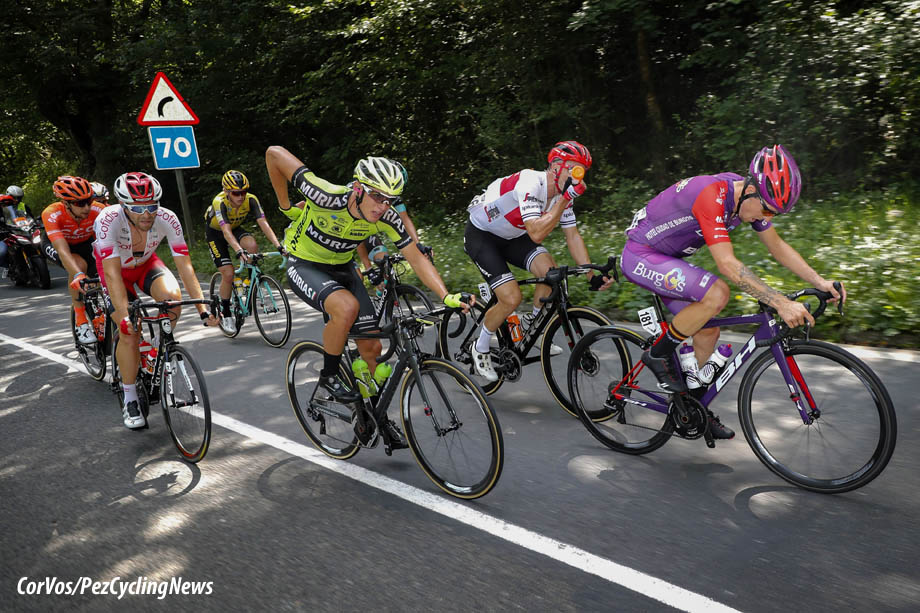 The other riders in the leading group: Koen Bouwman, Josef Cerny, Fernando Barcelo, Angel Madrazo, Felix Großschartner, Grega Bole and Cyril Lemoine and Jon Irisarri. They did not get much time from the peloton, as Movistar showed that they had ambitions. The lead group never had more than 5 minutes. 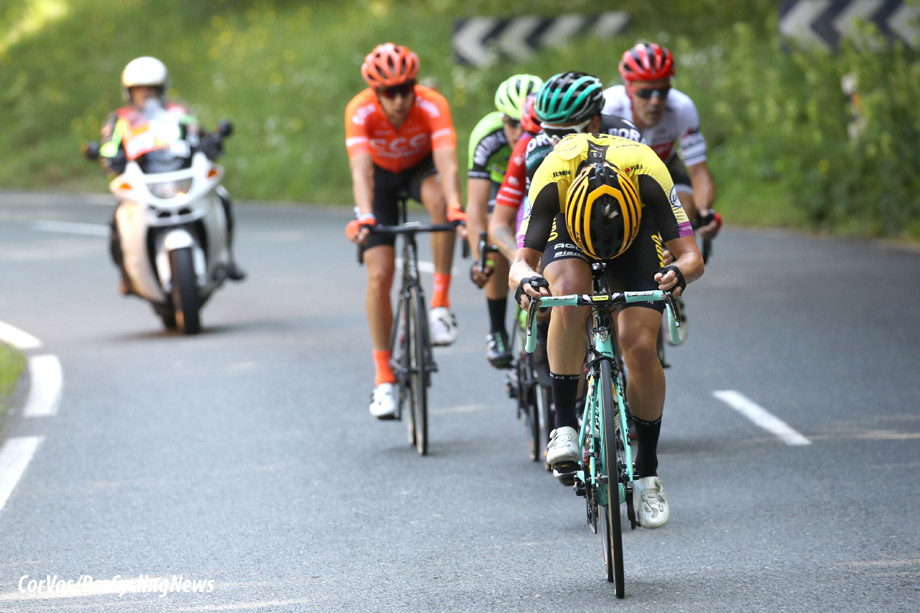 With 80 kilometres to go, Irizar, Lemoine and Madrazo were caught, and Mikel Landa, Adam Yates, Egan Bernal and Laurens De Plus were dropped from the peloton. The Tour de France had been tough for them also. 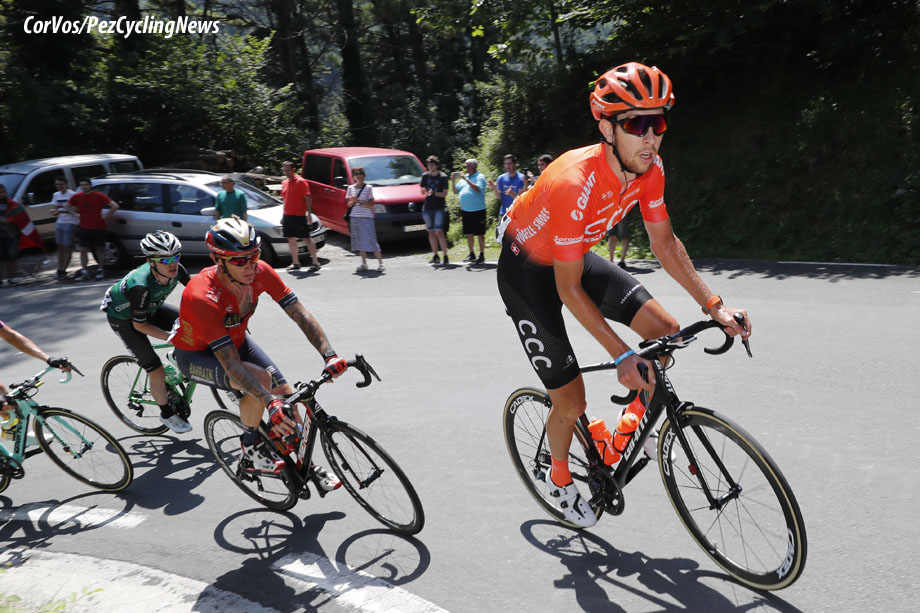 Josef Cerny one of the last to be caught

At the front; Barcelo was on his own with 75 kilometres to go. He climbed solo to the top of the Erlaitz (3.8 kilometres at 10.6%), but on the descent he was pulled in by the peloton. A compact peloton started the last 50 kilometres, with the climbs of the Mendizorrotz (7.2 kilometres to 5.3%) and the Murgil-Tontorra (1.8 kilometres at 11.3%) to come. 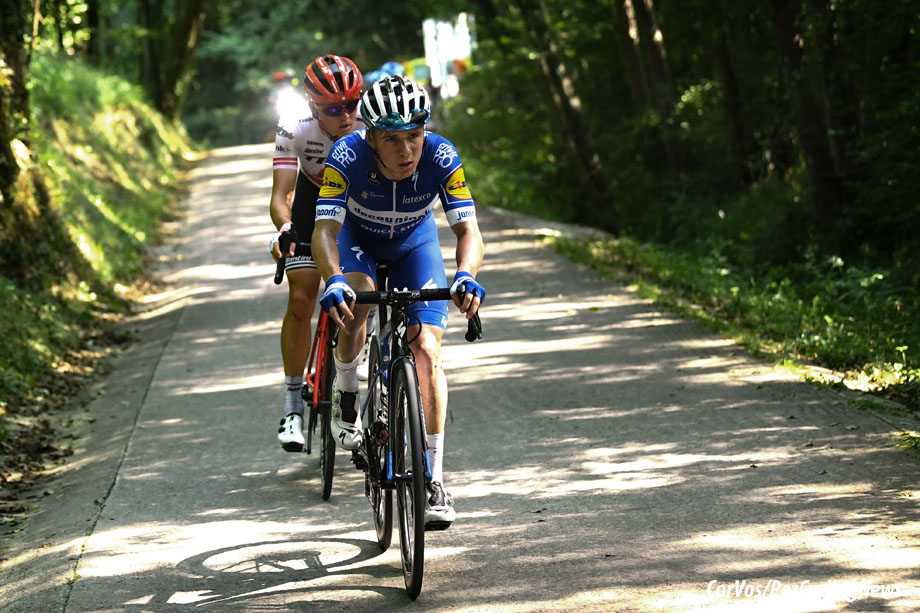 Due to the fast pace of Movistar and Deceuninck - Quick-Step on the Mendizorrotz, 37 kilometres from the finish, everything stayed together. The Murgil-Tontorra would be the action point, like in previous years. 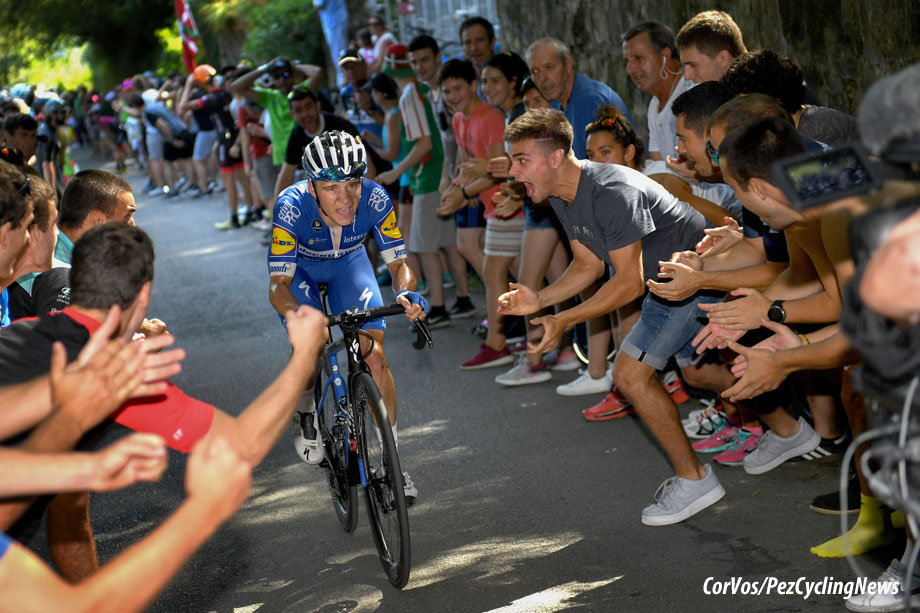 Evenepoel made his move 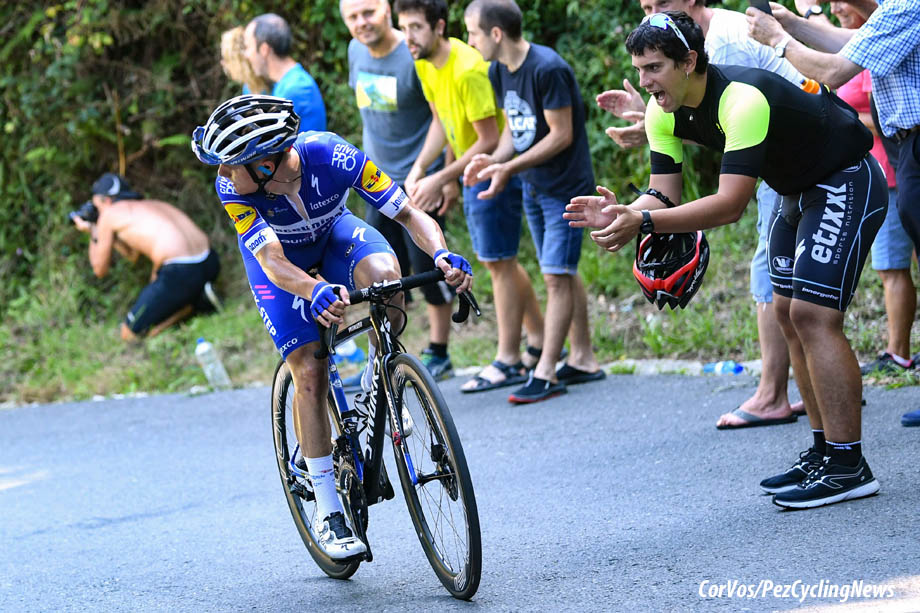 Skujins and Evenepoel attack
Two riders had other ideas. Toms Skujins attacked in the last 20 kilometres and Remco Evenepoel joined him. Together they gained a big gap, and by the foot of the Murgil-Tontorra the lead was 48 seconds. 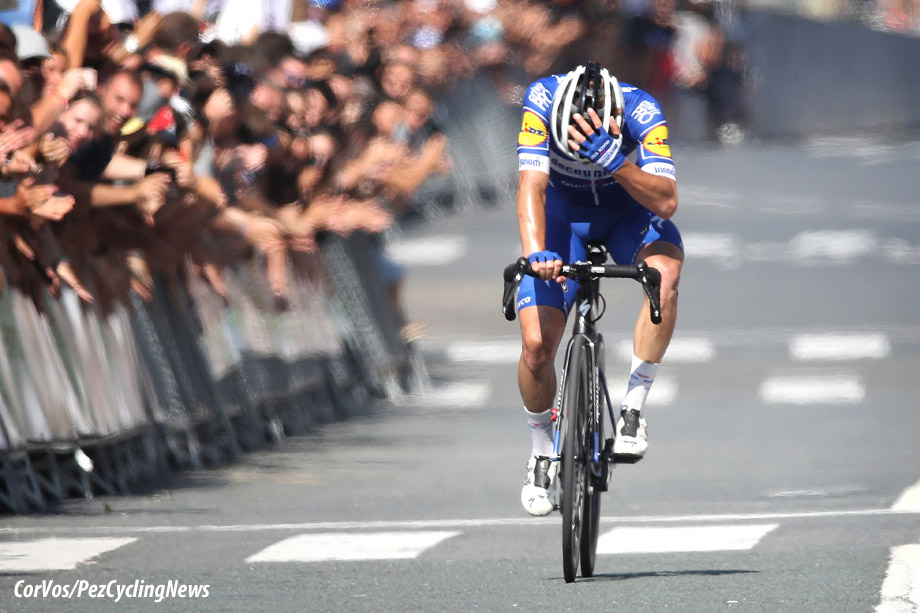 A Classic win in his first pro season

Evenepoel leaves Skujins
In the peloton the first attack took its time come, eventually it did from World champion Alejandro Valverde. But the rainbow jersey couldn't leave the others, which was good for Evenepoel, who had dropped Skujins. 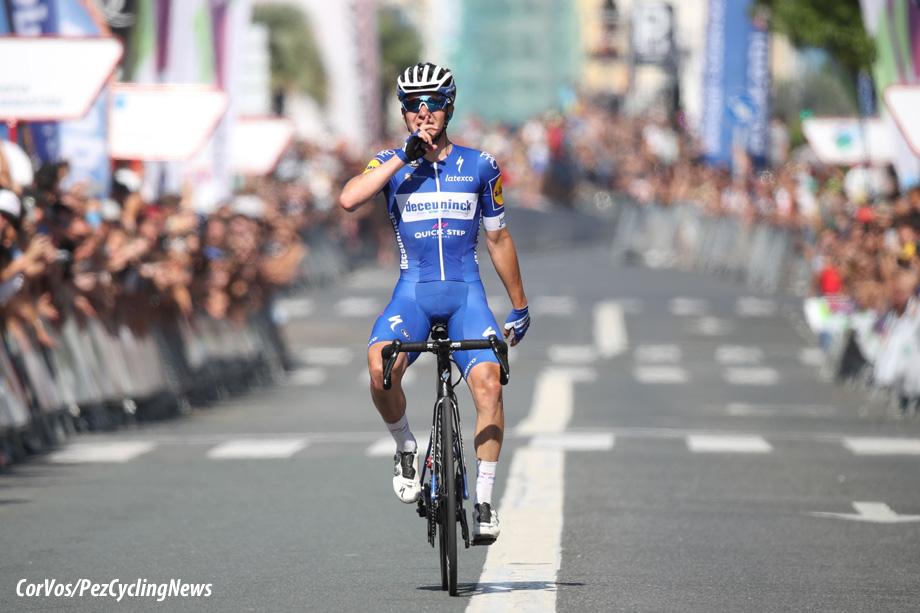 So much talent at only 19 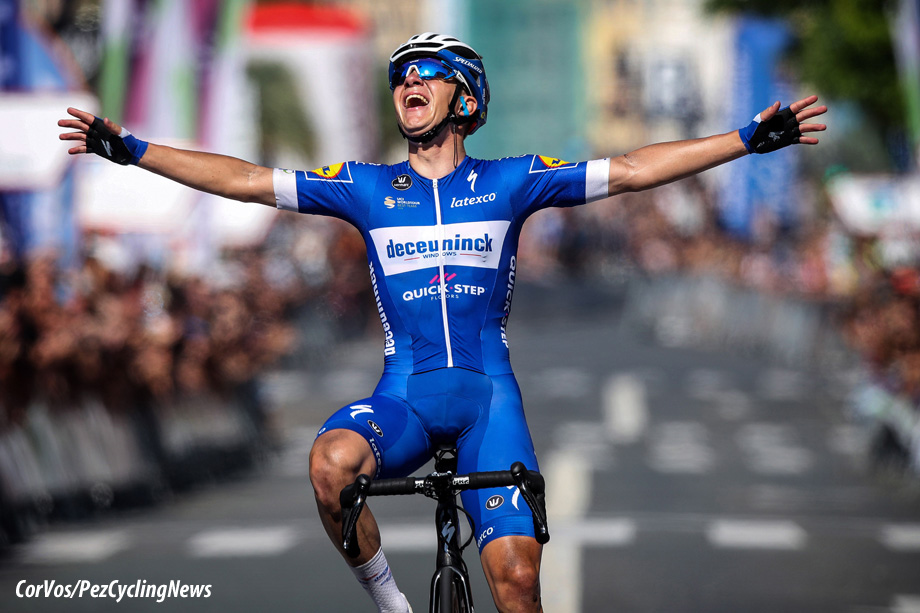 The first Classic of many for Remco Evenepoel

The lead of the 19-year-old Belgian remained at around 40 seconds. Hugh Carthy tried to split the chase behind, but no one was going to get away. Evenepoel crossed the summit, and started the 7 kilometres to San Sebastián. 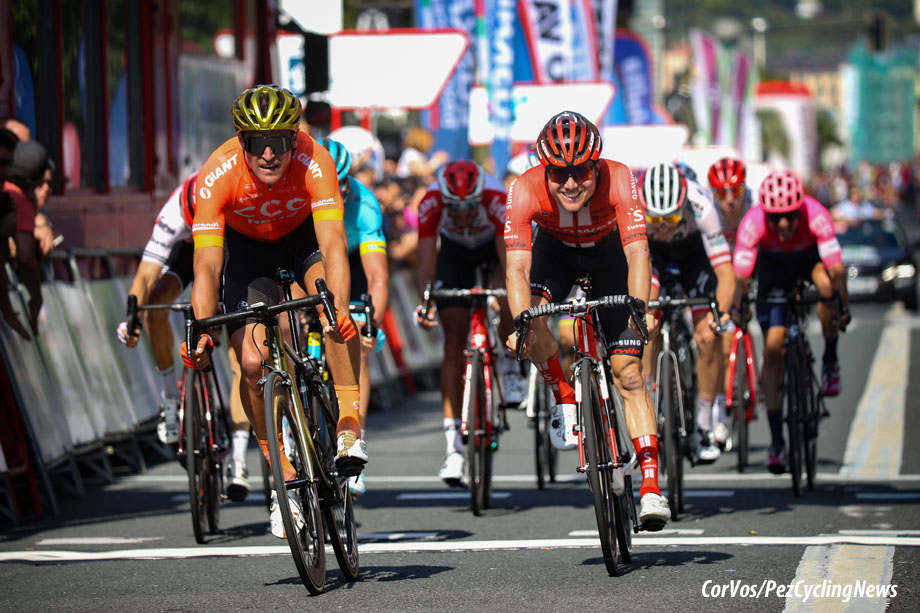 Evenepoel solo to a Classic win
A chase group with Greg Van Avermaet, Bauke Mollema and Enric Mas couldn't get any closer in the final kilometres, so Evenepoel had time to celebrate his big victory in the streets of San Sebastián. More than half a minute later, Van Avermaet and Hirschi sprinted to the other podium places. 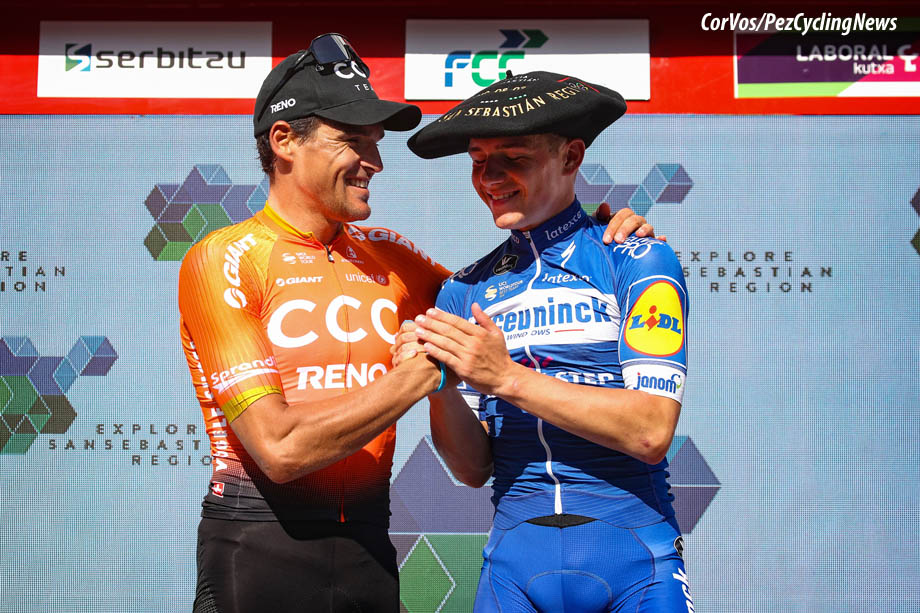 The old and the new!