Heather's Photo Gallery: We have all seen the race photos from Saturday's Il Lombardia, but we sent the PEZ 'Secret Weapon' behind the scenes in Lombardy. Heather Morrison was in Bergamo and Como to soak up the atmosphere and capture unique images from the 'Race of the Falling Leaves' at the start and the finish. Here's her PEZ Photo Gallery.

You can see the PEZ Il Lombardia Race Report HERE, Result and Video in EUROTRASH HERE and the Cor Vos Photo Gallery HERE. 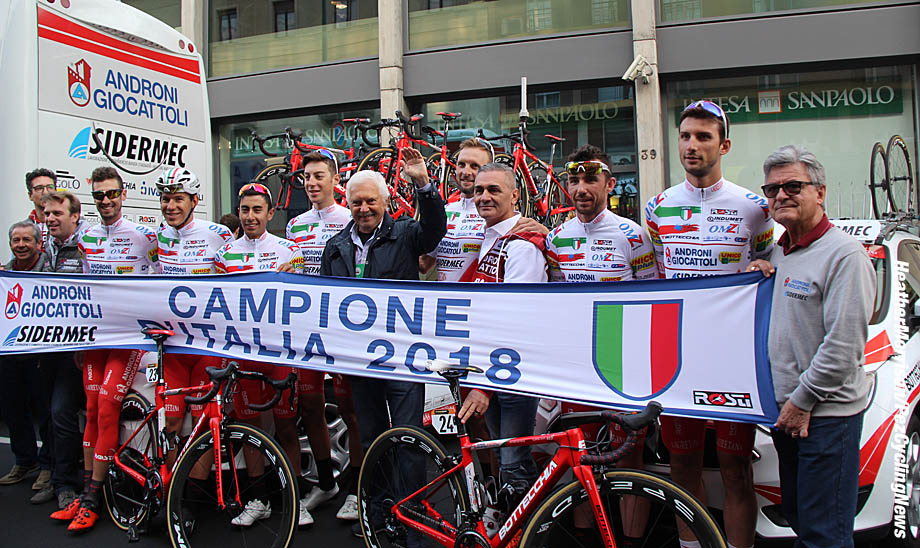 Gianni’s boys win Campione d'Italia 2018 and he was just a tiny bit excited before the start. Rallying the team, the fans, even other teams to get out of the way for his photo.... His boys were happy as punch. 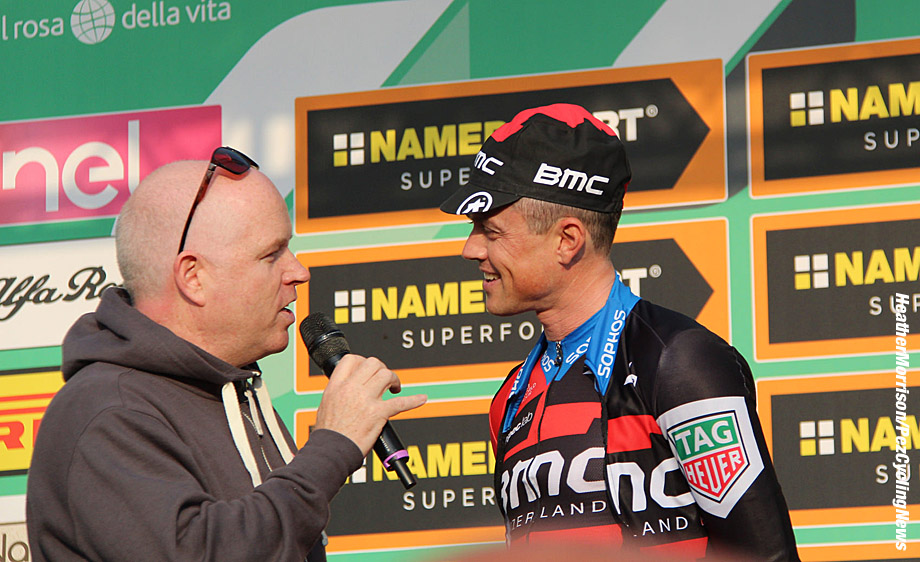 Primoz Roglic at the sign on, he pushed the race and kicked off the final action that gave us Pinot's victory... But my God he’s cool on that podium. 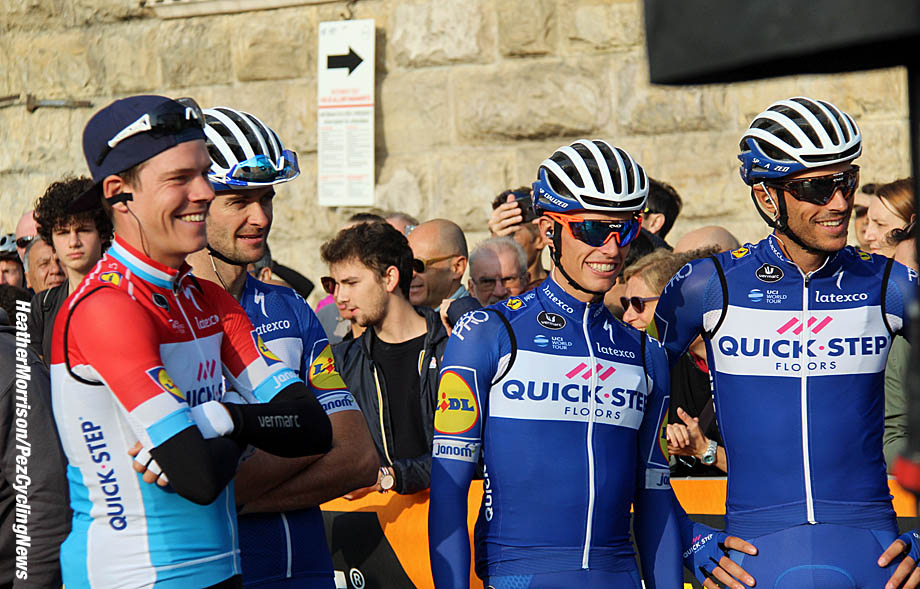 Quick - Step Floors arrive at the sign on; Mas, Capecchi, Serry and Jungel Bob all seem quite happy. 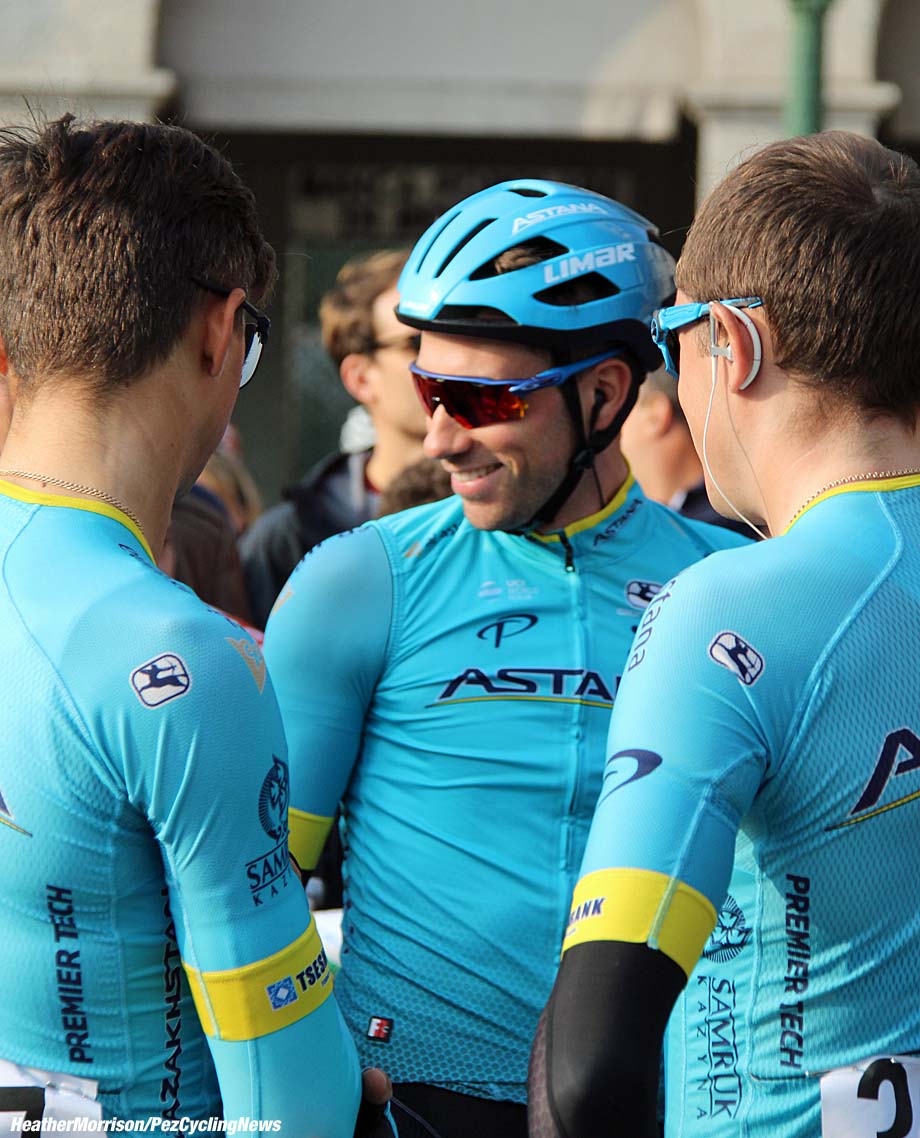 Astana boys having a laugh before the signing on, Dario Cataldo was getting all the attention from Italian media, but I think they’re missing the real star... Davide Villella, he’s ex-Liquigas and we know how good ex-Liquigas'ers are (Nibali, Sagan, Basso, etc etc). 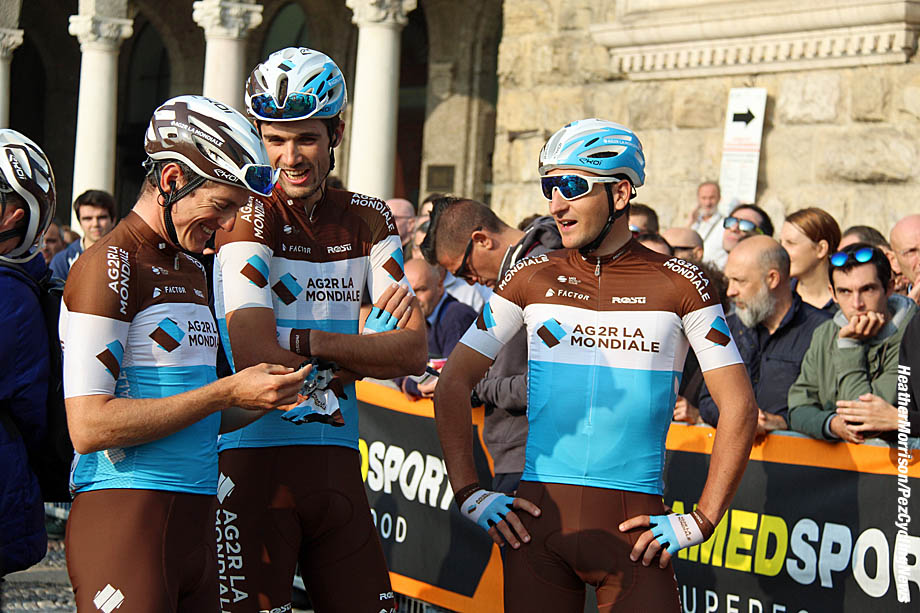 Frank, Peters and Gastauer have their last minute's peace before the sign on. 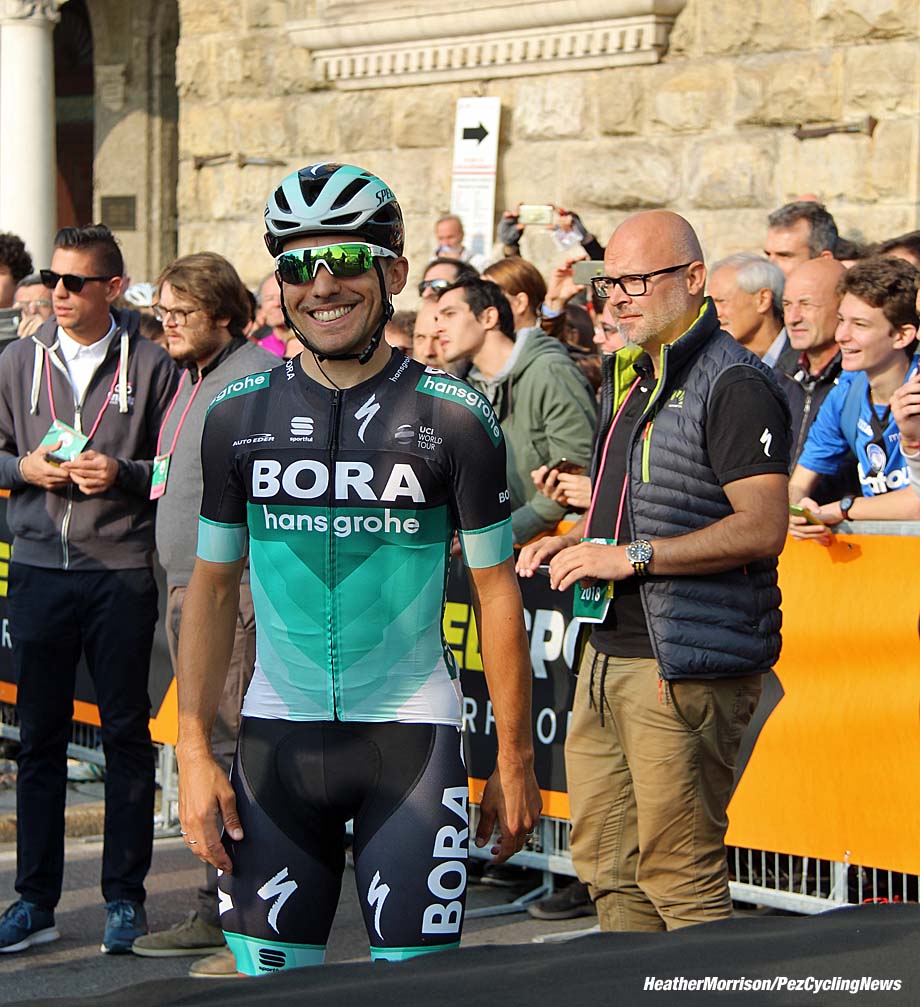 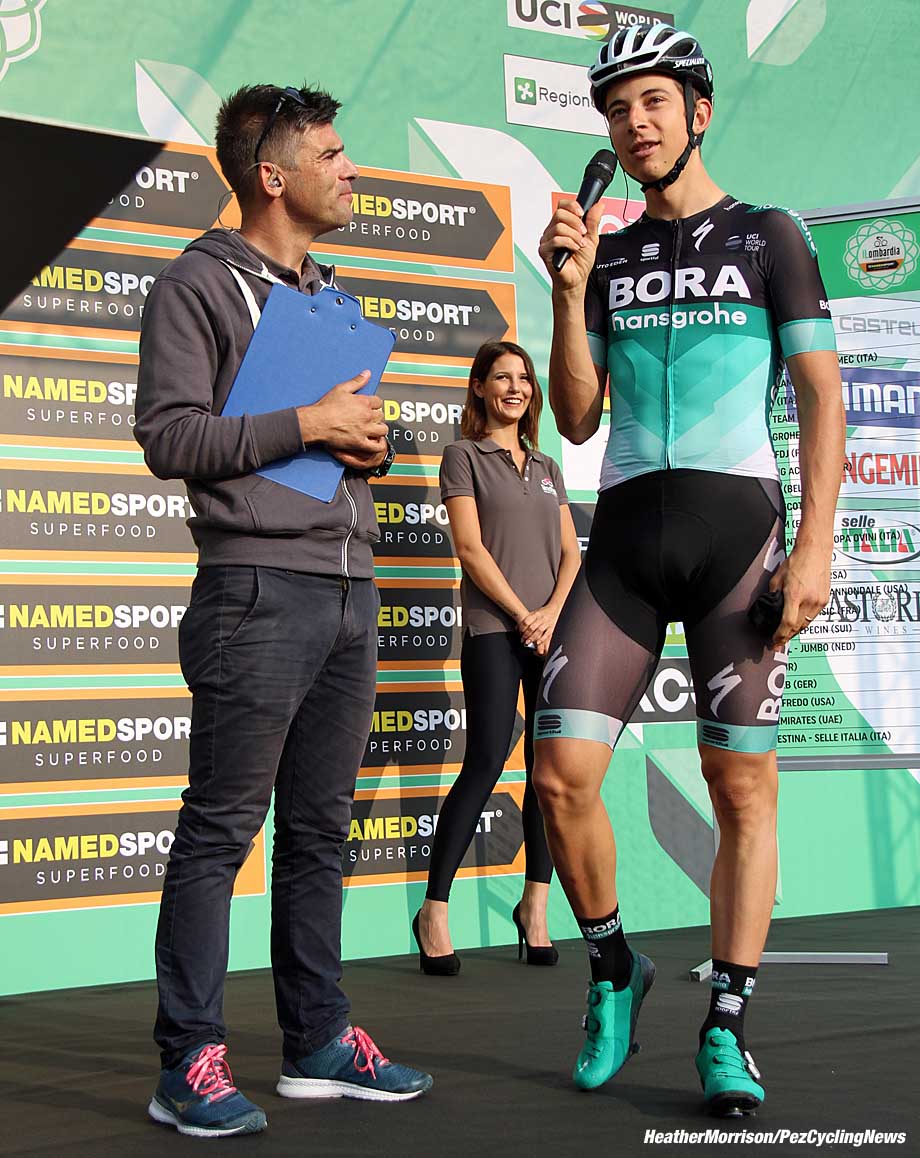 Typical performance from Davide Formolo, always hogging the mic at sign ons, although he didn’t sing this time. Bora always feel like a happy team. 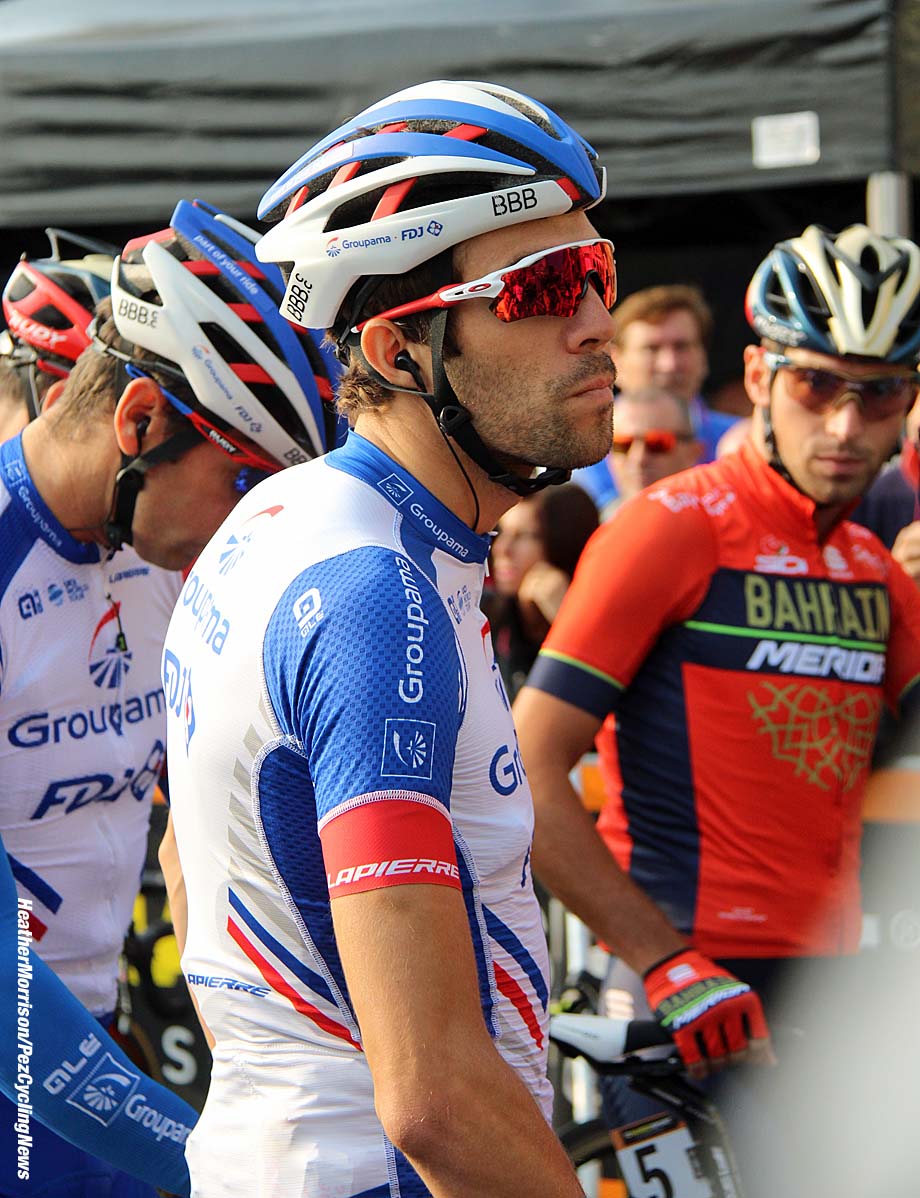 And here he is, Tibo has arrived at the sign on and Antonio Nibali is marking him out already. 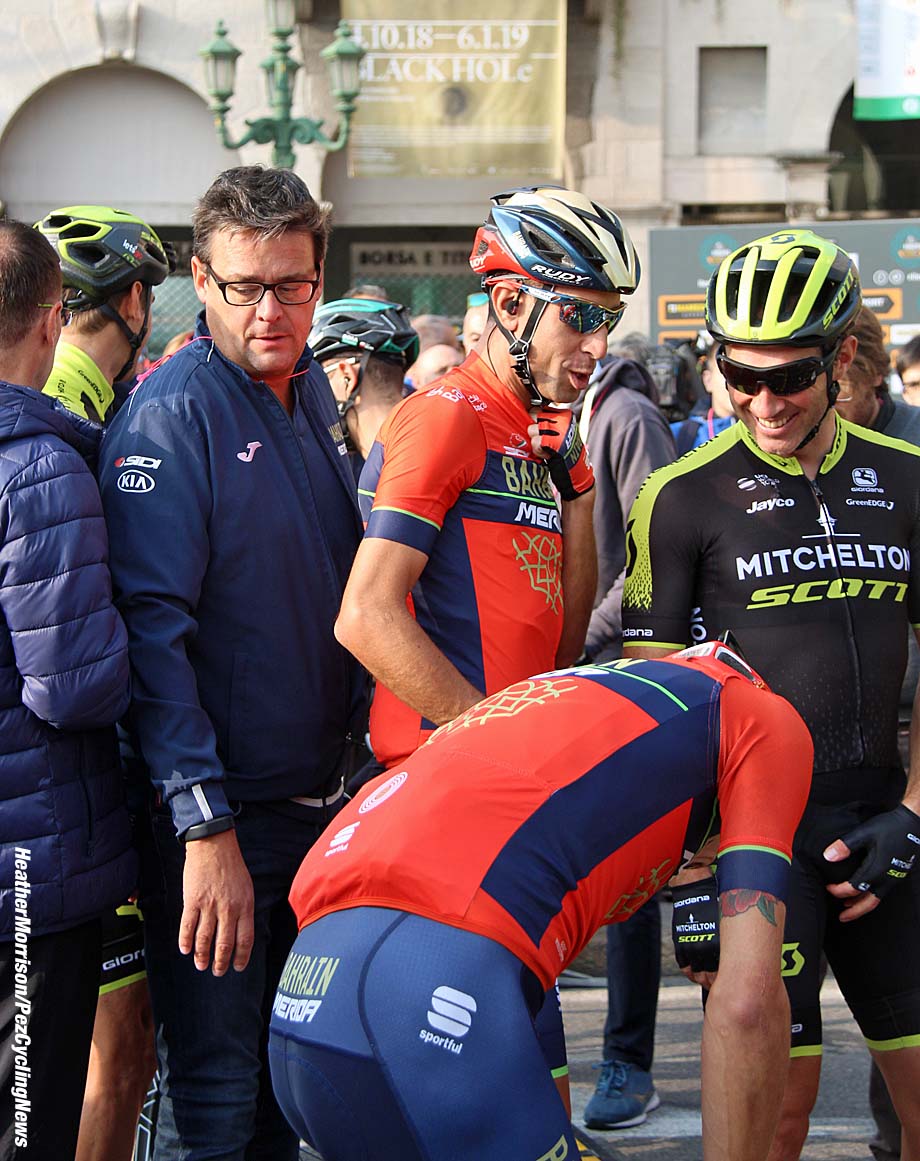 And while Antonio is marking Pinot, big bro 'Enzo is having a laugh with Pellizotti and Albasini. 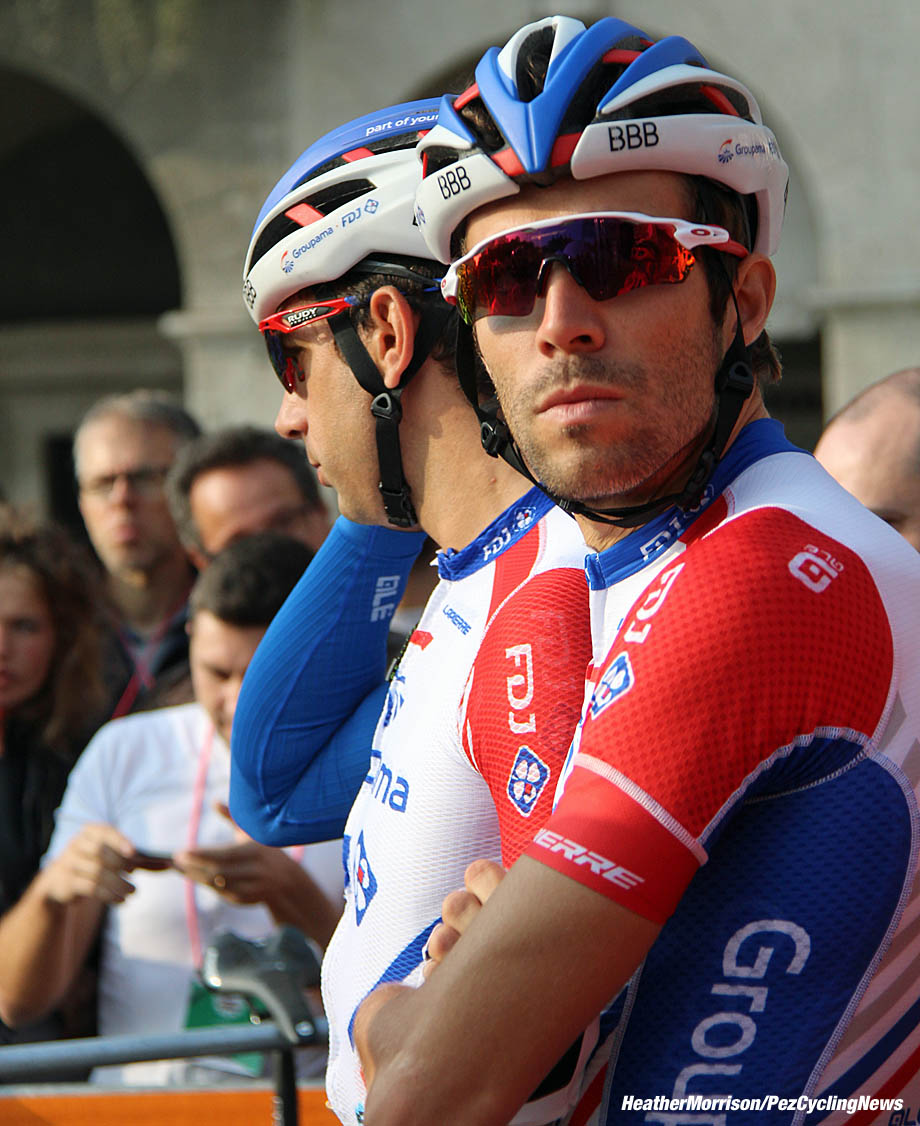 Tibo is having none of it... He means business. 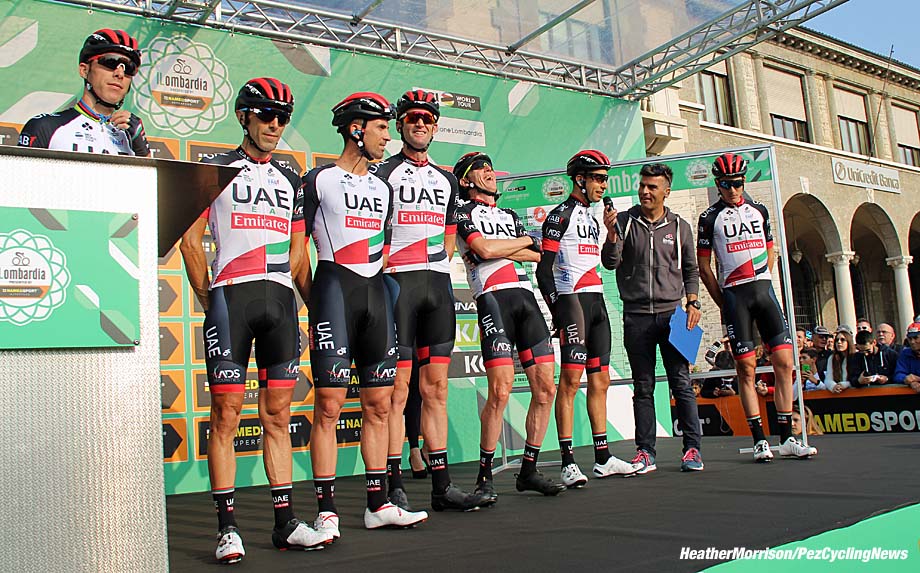 I missed what Fabio said, but by Christ it amused Dan Martin... This should be a great team on paper... Aru, Costa and Martin. They just don’t seem to gel. 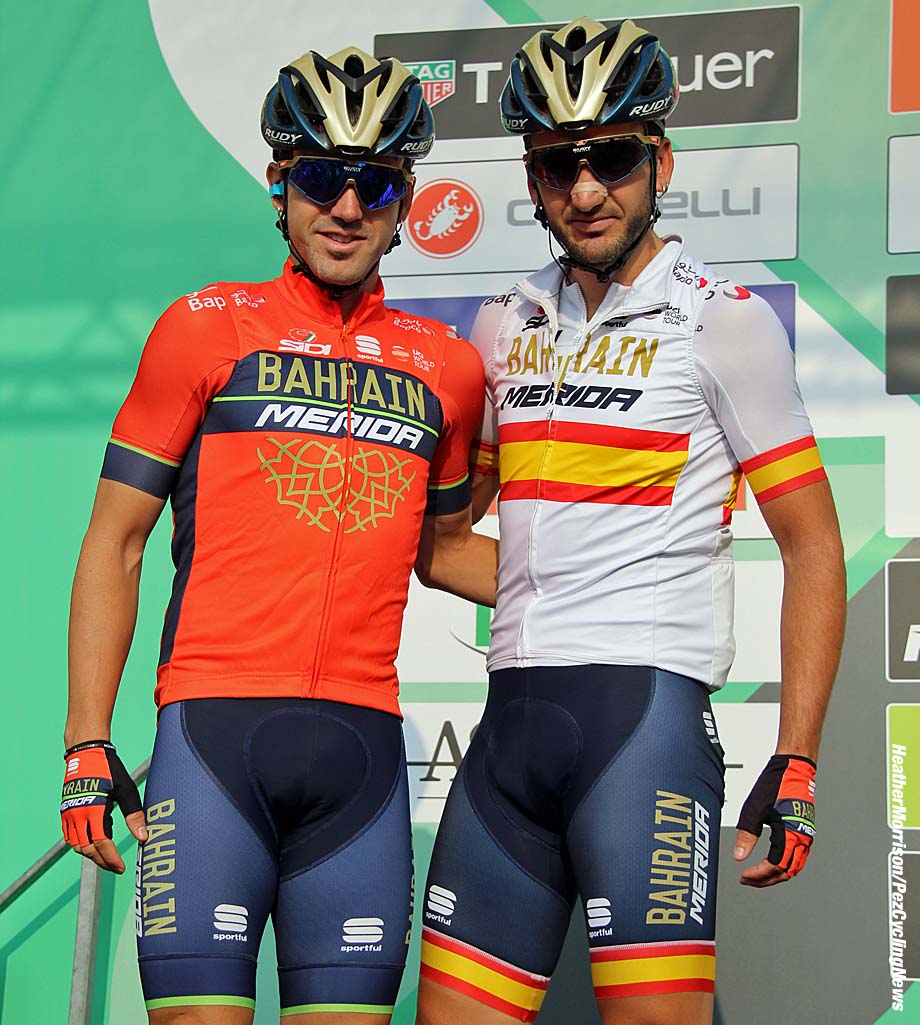 Unlikely to be seen together in this kit again, Ion and Gorka Izagirre heading to Astana next year... Ion will always give you a smile. 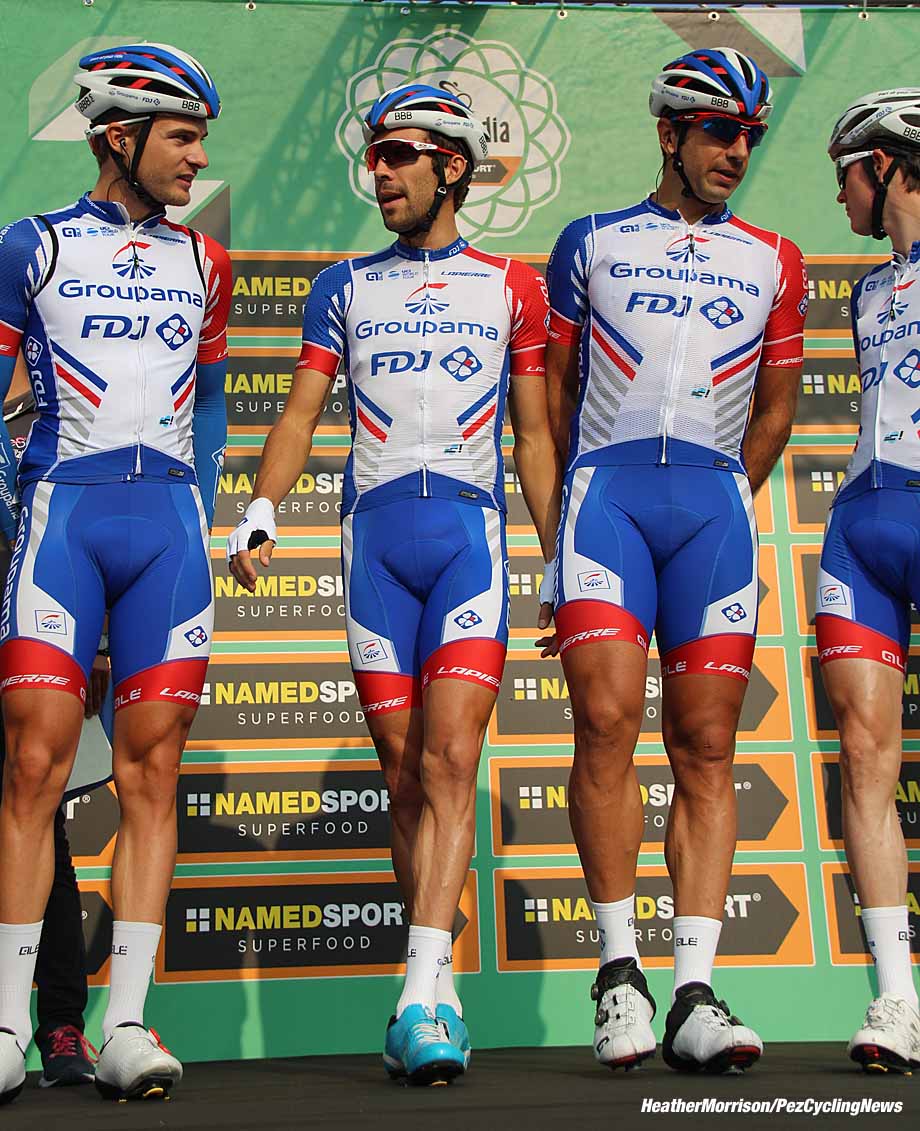 Tibo trying to teach Asgreen the Gay Gordon’s  (or impersonating me needing a pee). 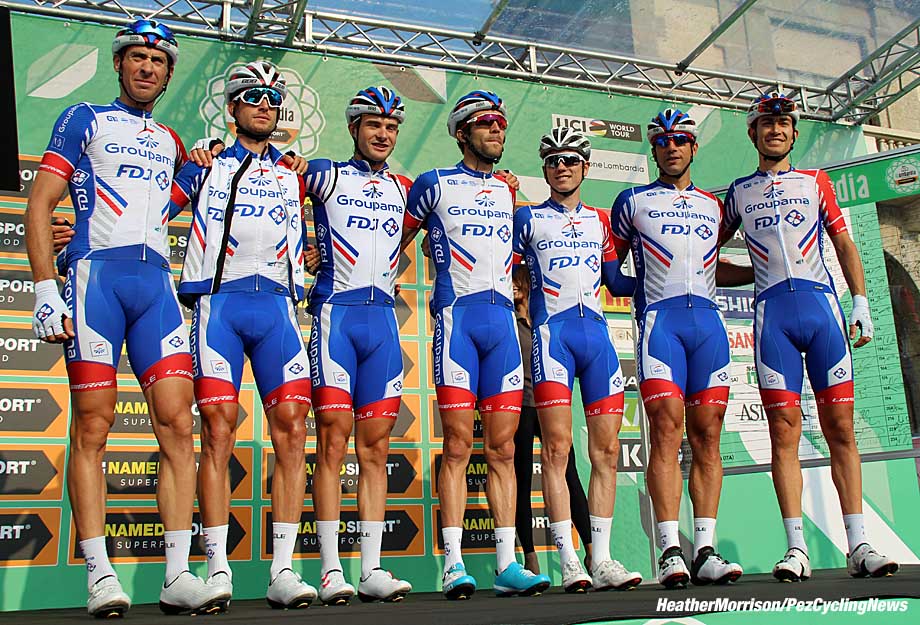 Groupama-FDJ; the one team that really looked like a team at the sign on, Jeremy Roy’s last race and Tibo’s desire for victory. 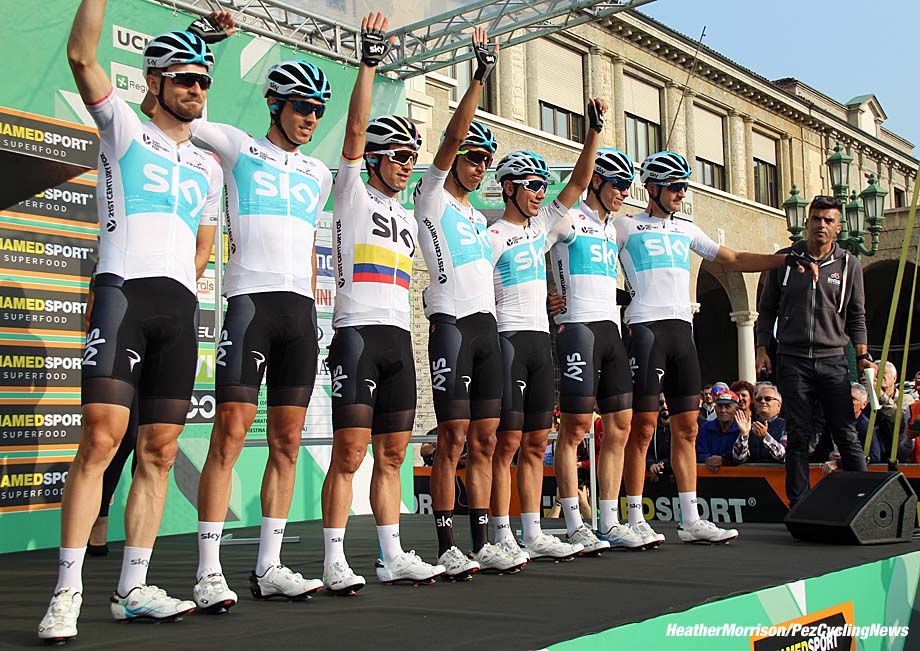 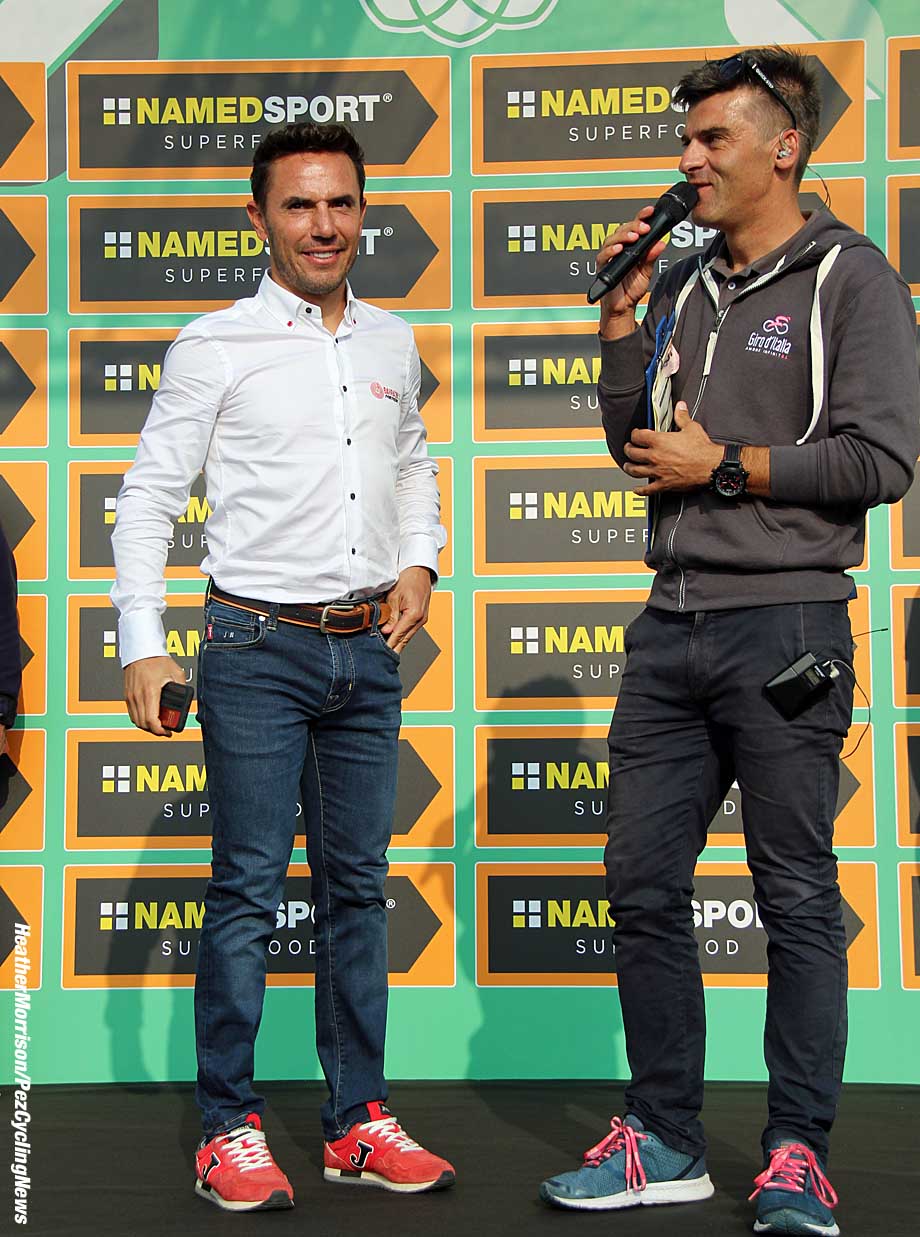 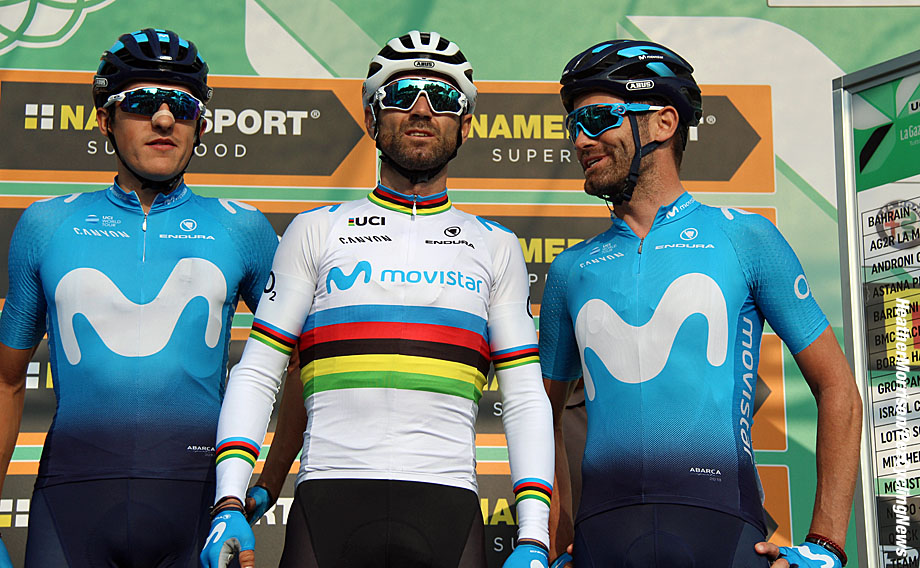 Formidable force: Valverde, Soler and Rojas! Bala’s controversial new rainbow jersey, he made us wait for it... The last man to arrive, Purito had clearly hung back to see him when will he move aside for Soler? 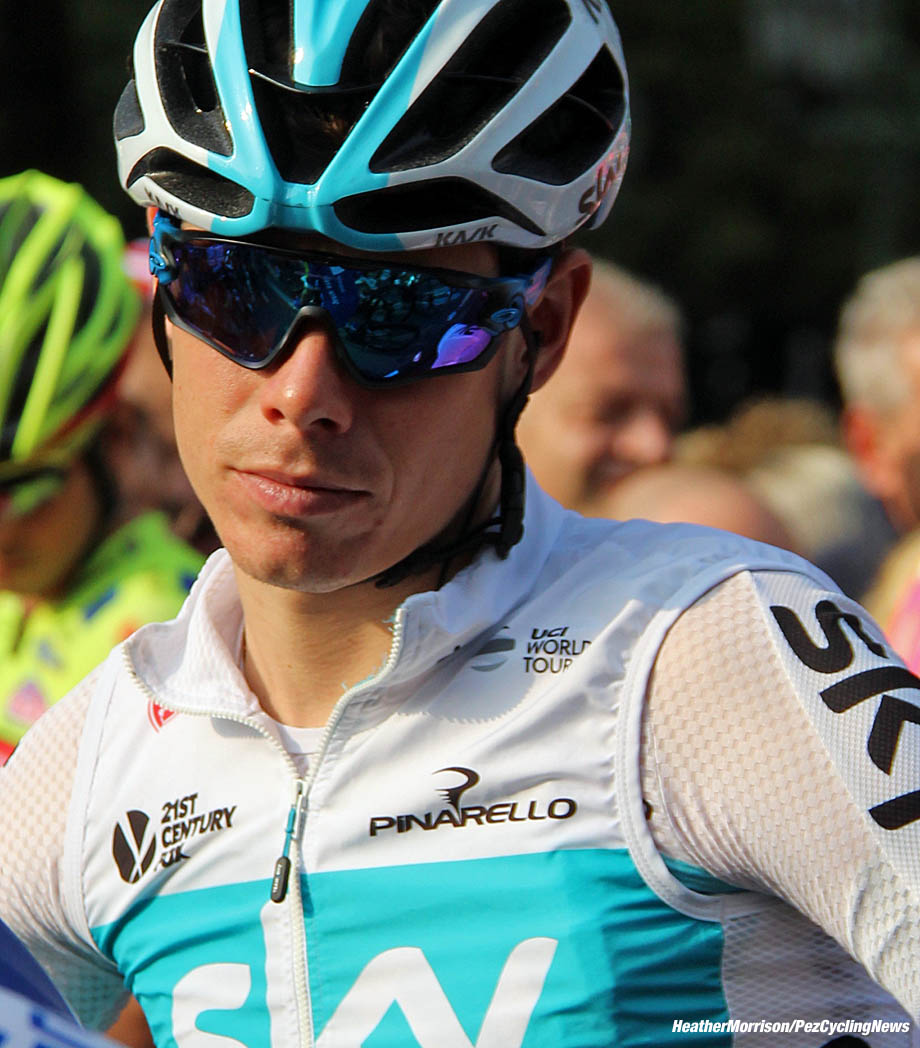 What is De La Cruz is thinking? Leader at Quick-Step Floors, I could’ve had it all.

I think Boaro was trying to sneak in as 8th man... I’d have allowed it! 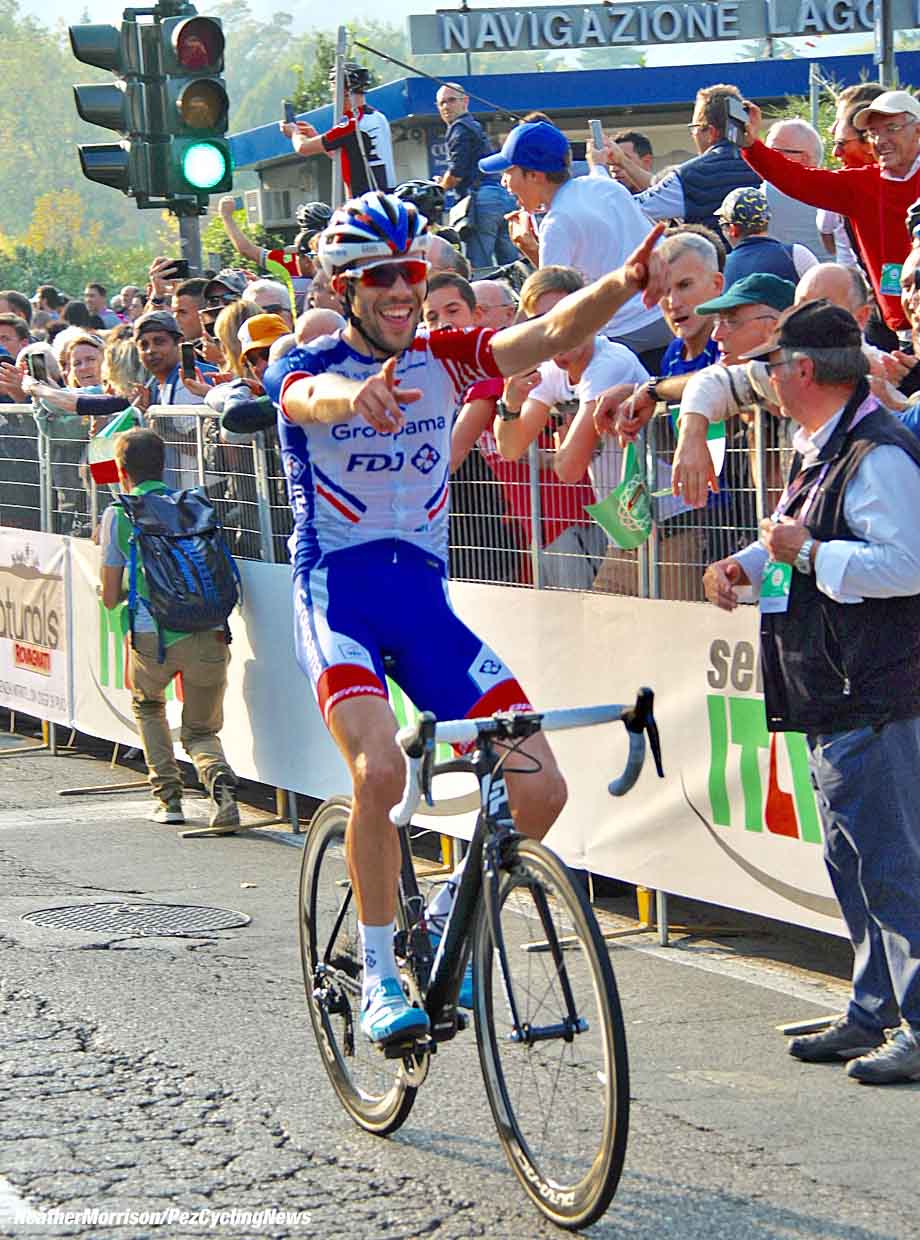 Tibo’s joy as he crosses the line, what a race I didn’t see... 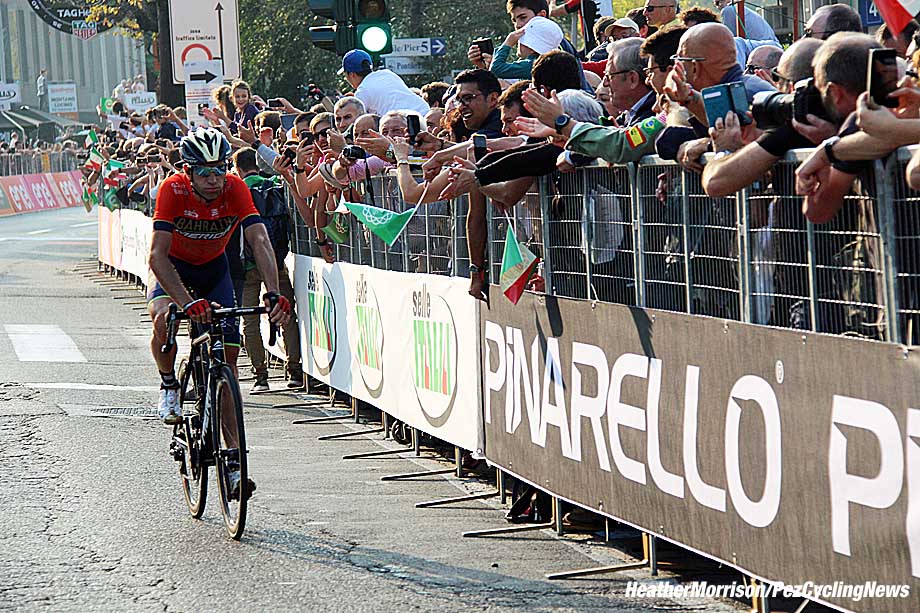 Nibali pretty much staggers across the line and looks relieved it’s over. They made a great race better - after fractured vertebrae and back surgery, he needs to settle for just the one monument this year. 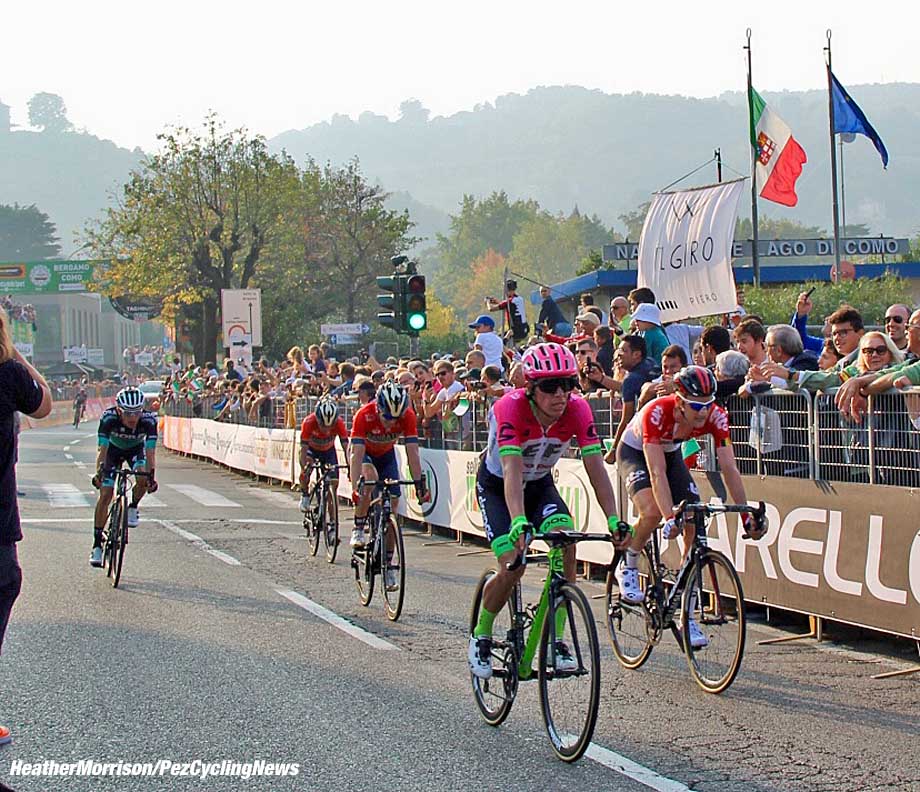 The remaining peloton come home. Not many men left standing. 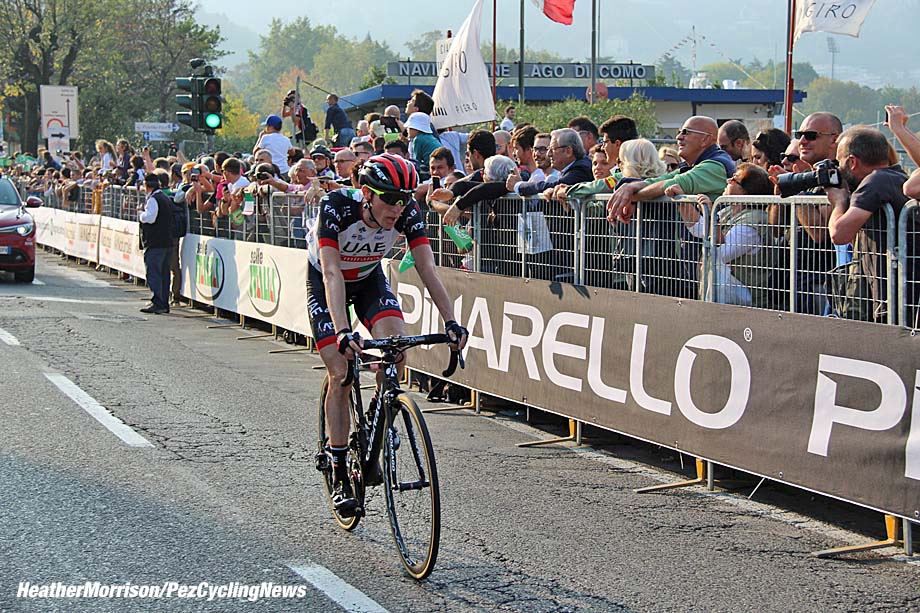 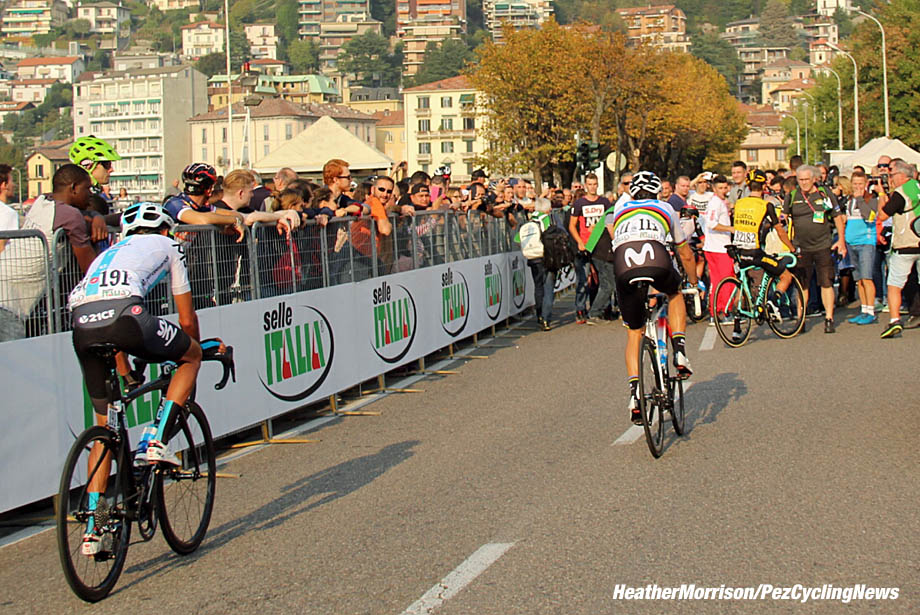 Valverde and Bernal slip by unnoticed in 11th and 12th. 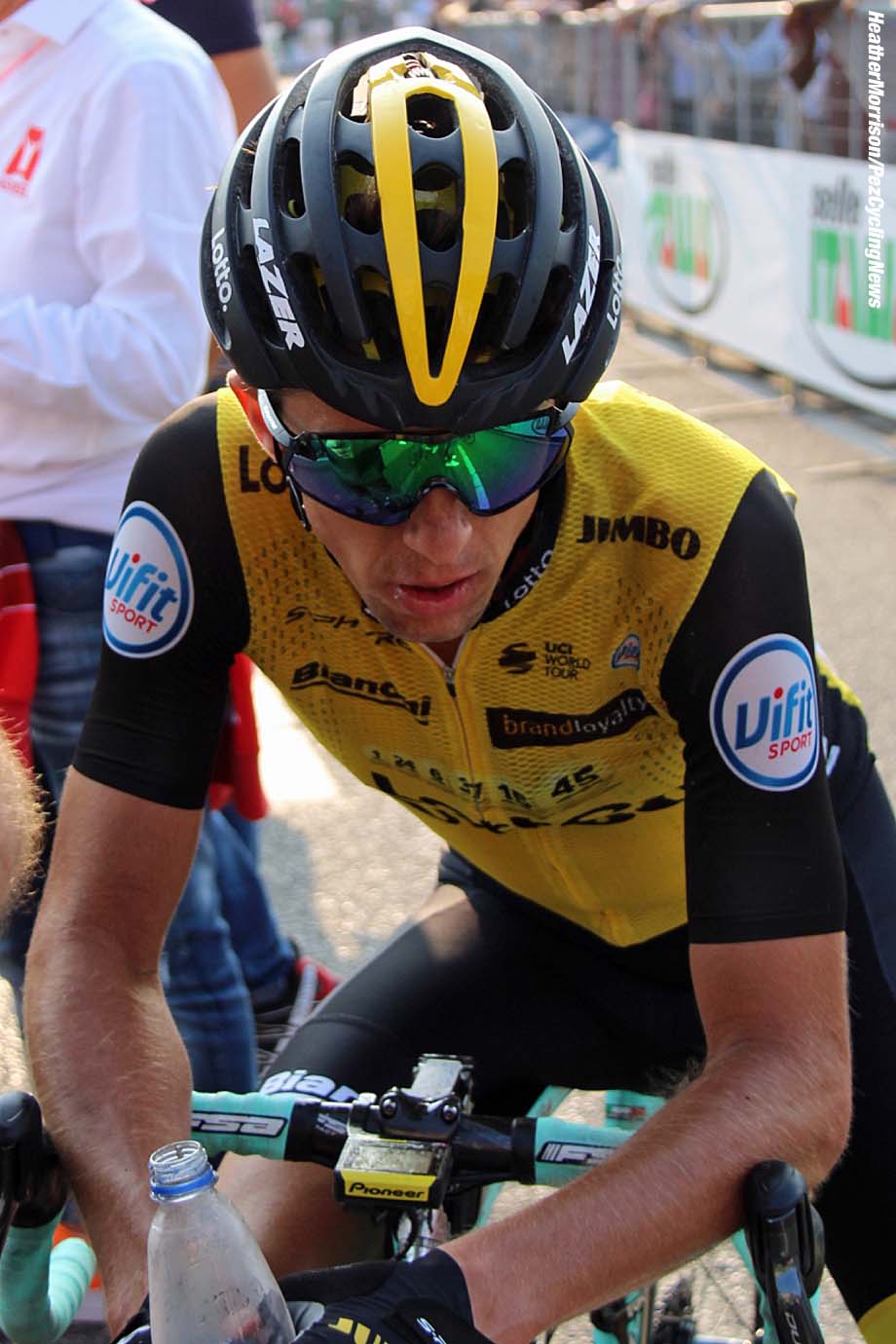 George Bennett, can you just give me 5 minutes... 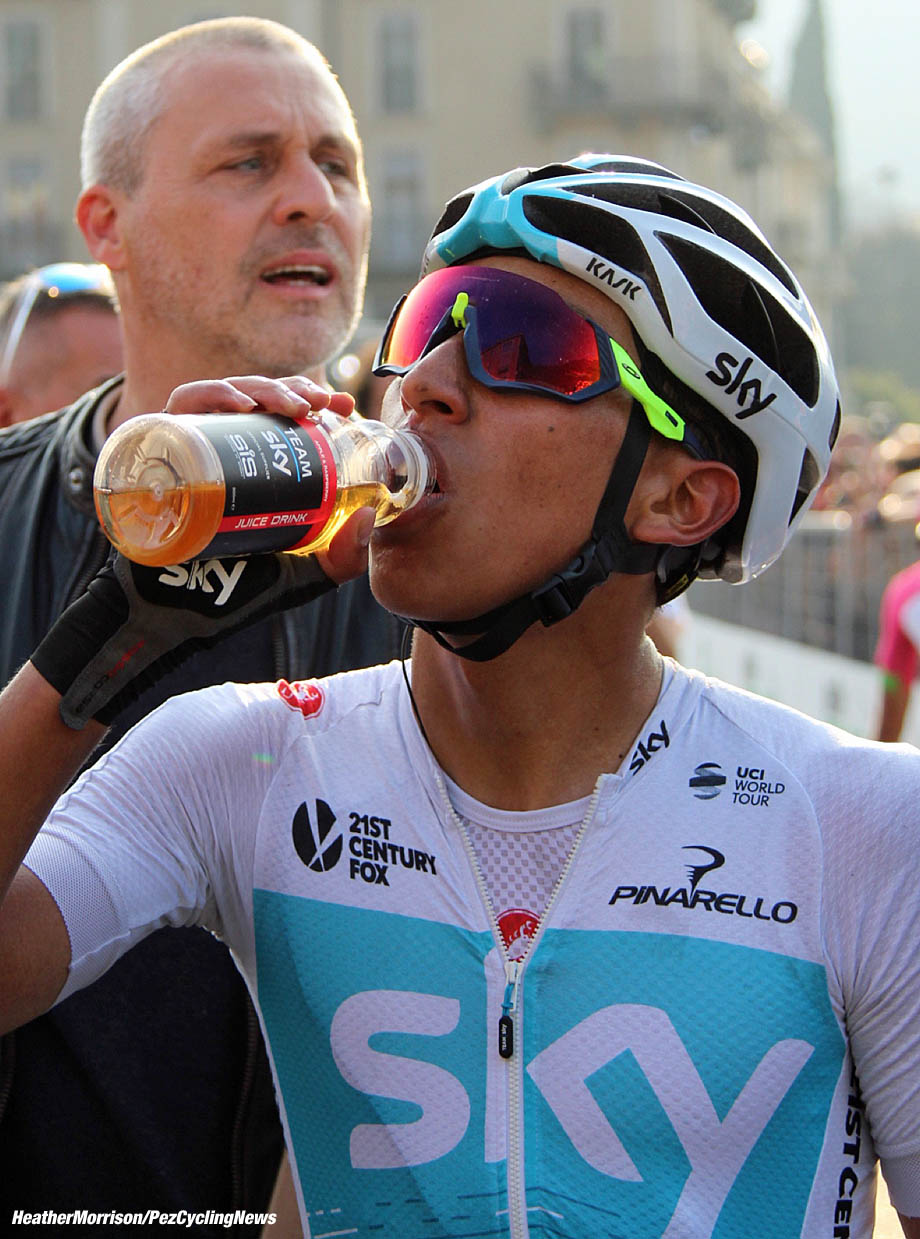 Egan Bernal, hold my bike, I’ll down that in 2. It was a long hot day, I was knackered. 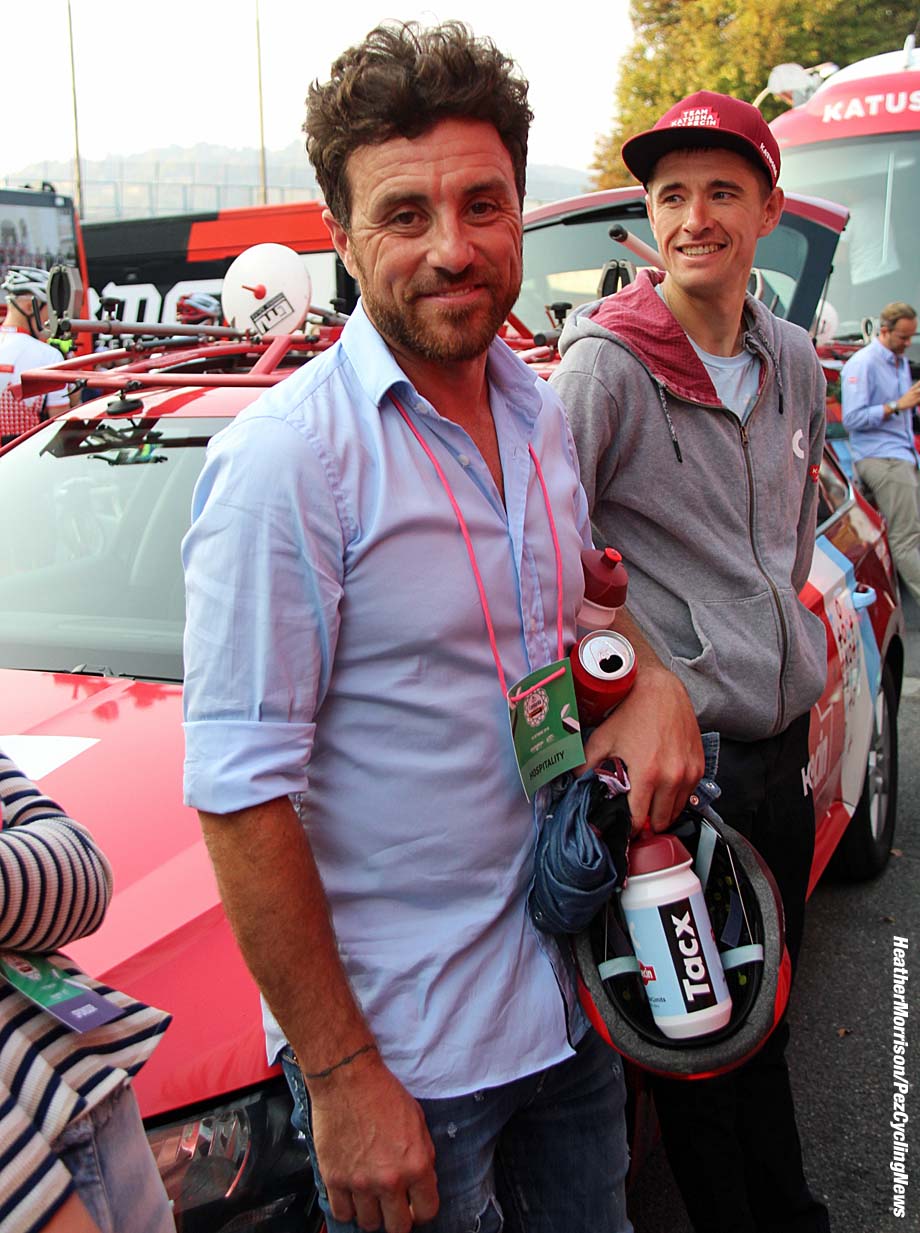 And just because I can! After being a complete fanny and not being able to find the podium for the best (my best) result I’ve been present at, as consolation I find this man - Luca Paolini visiting the Katusha bus to see his old mates... I take it the dude who had him sacked isn’t there anymore hmmm. 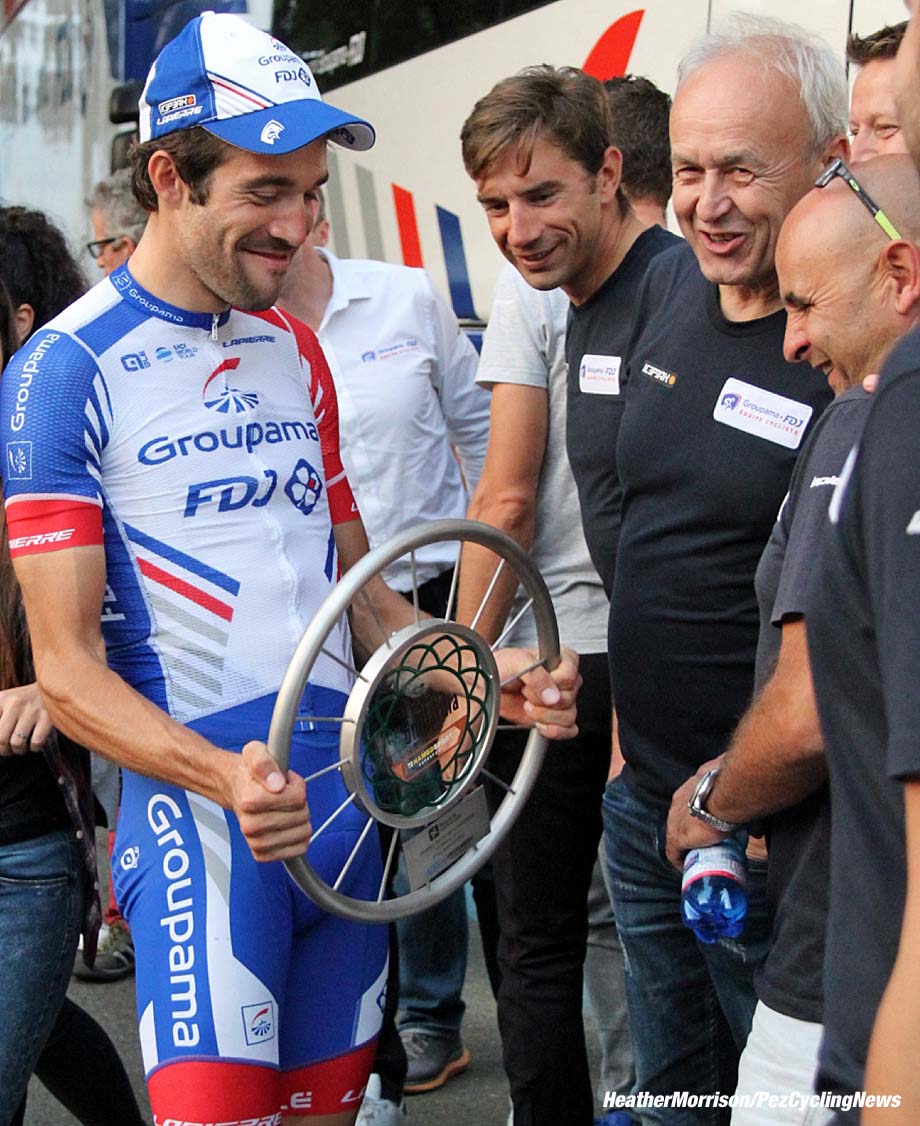 Now missing the podium was devastating, but I waited at the bus for an exceptionally happy Thibaut Pinot to return. There must’ve been hundreds of folk waiting and as they slowly slipped away access eased, and he started “playing” with his trophy... Well it is like a steering wheel. 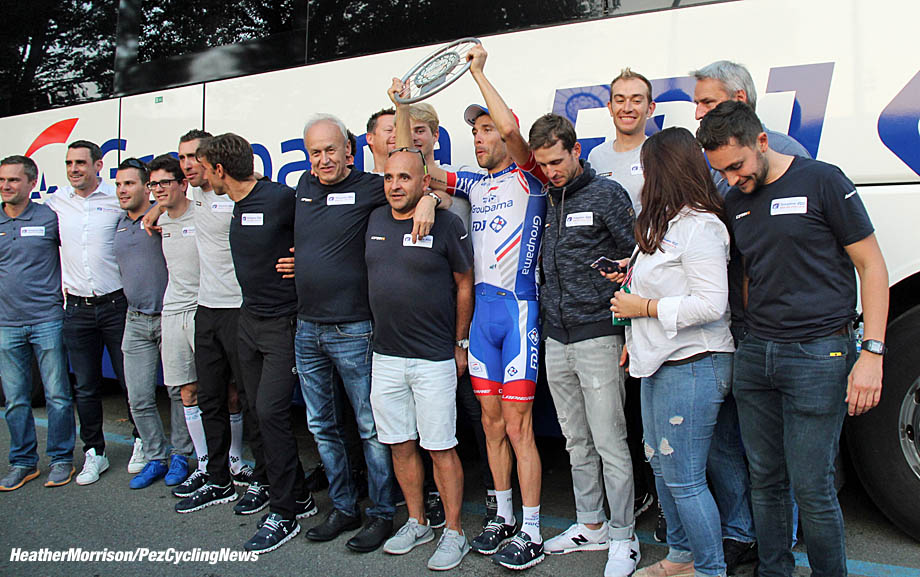 The whole Groupama-FDJ set up, celebrating with the trophy. 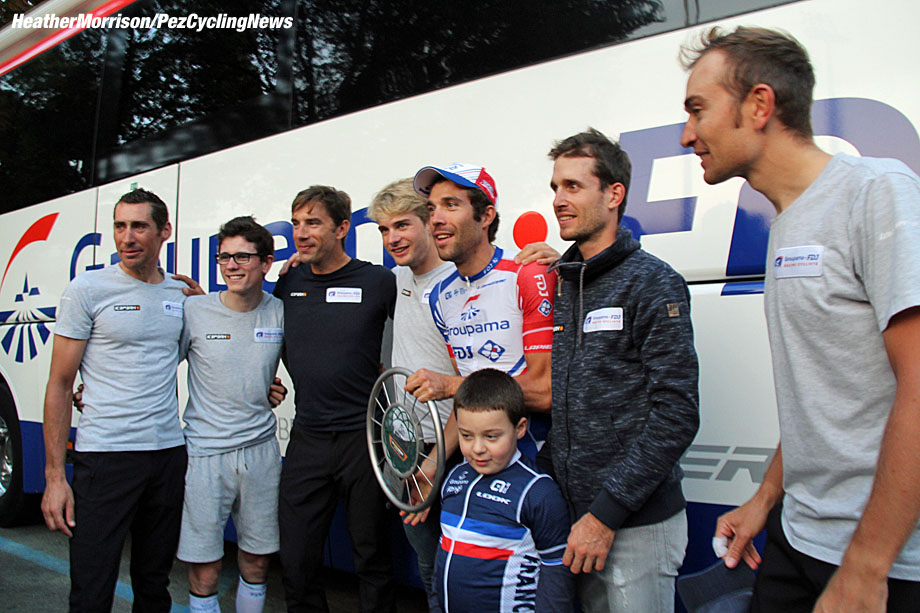 The winning team, with a little boy who appeared from nowhere wanting to play with Pinot's wheel... He wasn’t handing it over but had the boy in team photo... Come on, he’s in French team kit. 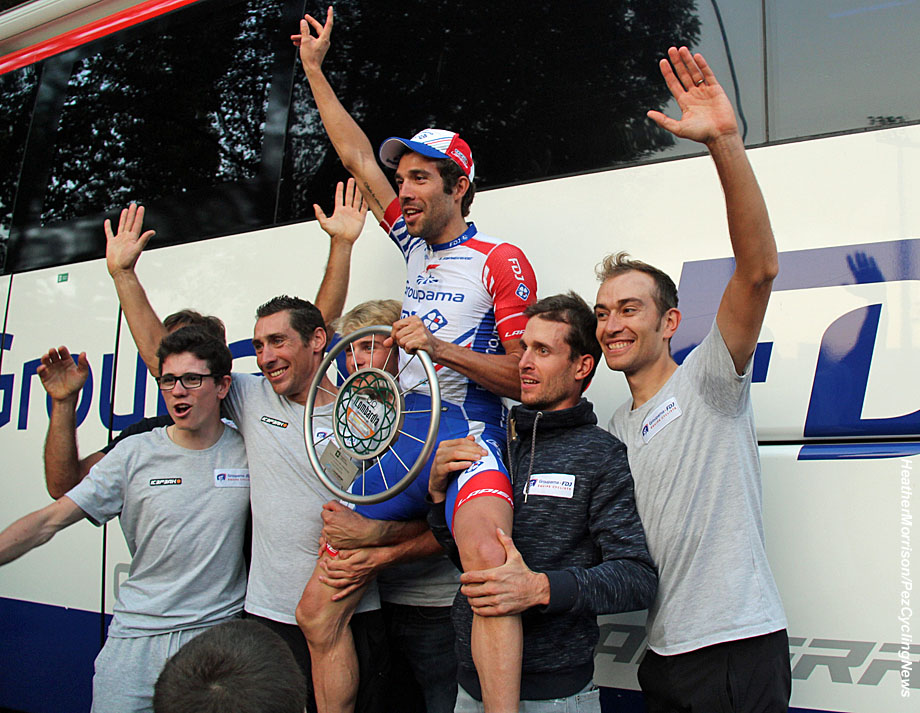 Even for me it was a long day and ultimately really disappointing about missing the podium... What’s the point of paying, getting there, my man winning, my other man being 2nd and not finding the podium.

If Froome had won, they’d have a portable podium to follow me about to haunt me.

# You can see Heather's Roadside Photos from the European Championships HERE and her Roadside chat with Bahrain-Merida's Giovanni Visconti at the 2017 Giro d'Italia HERE. You can keep up with Heather on Twitter @Trudgin. #
▲ BACK TO TOP ▲
Related Stories
﻿