Zwift, the global online fitness platform for cyclists, has now selected the final six riders who will progress to the Zwift Academy finals, moving a step closer to a professional cycling contract with top ranked women’s and men’s teams.

From a competition that drew over 68,000 riders, the field narrows to six promising cyclists, 3 women and 3 under-23 men. Over the course of the recently-completed semi-finals, these finalists completed a series of workouts, both at home on Zwift, using the new Tacx Neo II, and out on the road. All finalists have displayed the natural ability that is required to make it as a professional rider. Now all eyes are on that very prize: a professional cycling contract for the 2020 season.

The finalists will now head to Southern Spain in early December for the team camps of CANYON//SRAM Racing, and Team Dimension Data, who will rebrand to NTT Pro Cycling in 2020. The riders will be required to perform a series of tests on Zwift, and out on the road with the respective World Tour teams. Riders will be assessed not only on their raw cycling talent, but also their race craft, communication skills, and ability to fit in well with a team. The two winners will be selected by team coaches, staff, and the riders.

Catherine is proficient on both the road and MTB, and has had a lifelong dream of going pro. In 2018, she captured the U23 National Road Race Championship and is looking forward to riding with the team in Spain and fighting hard for a pro contract. Jessica is an all-rounder on the bike with accomplishments including a U19 Austrialian National Championships title and a 9th place finish at the U19 World Championship Road Race in 2015 held in Virginia, USA. Samara converted to cycling after a running injury forced her to choose a new sport. Samara is a multi-time National and Oceania Champion in MTB, who is excited to meet the CANYON//SRAM racing team and learn about their experiences in the pro peloton. 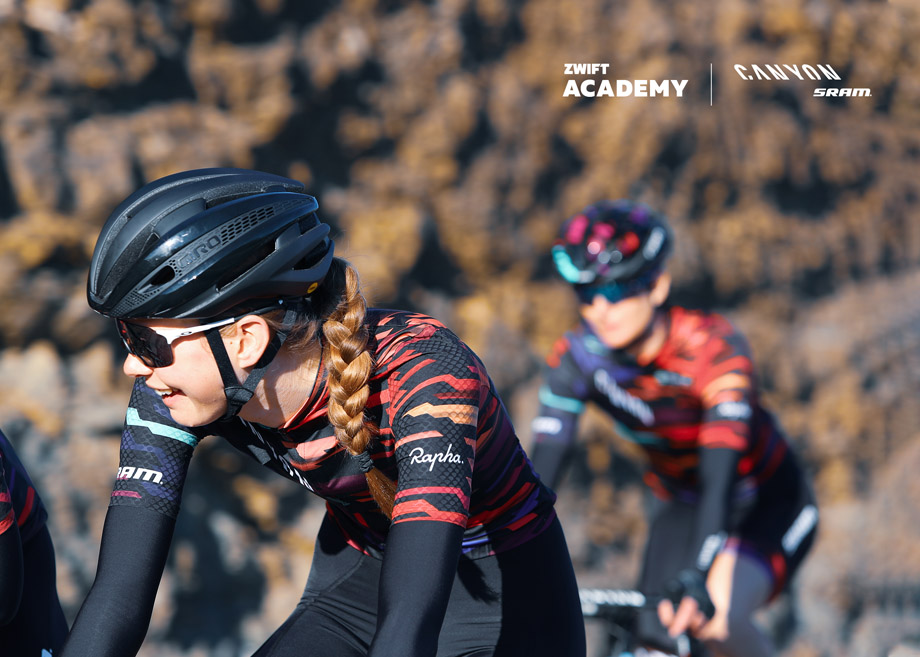 Drew is a long distance rider who knows how to climb. He has had an impact in junior races including finishing the World Championships Men’s junior race in Harrogate this year. He is now looking to take his riding to the next level with the possibility of a professional contract. Mathijs is a racer with grit, currently pursuing a degree in mechanical engineering. He is looking forward to the chance to train full time and fight for the pro contract. Campbell Pithie has titles both in cyclocross and on the road and loves to ride aggressively and attack. While at the Finals camp, he is looking to work on race tactics, learn from the team, and compete for the professional contract. 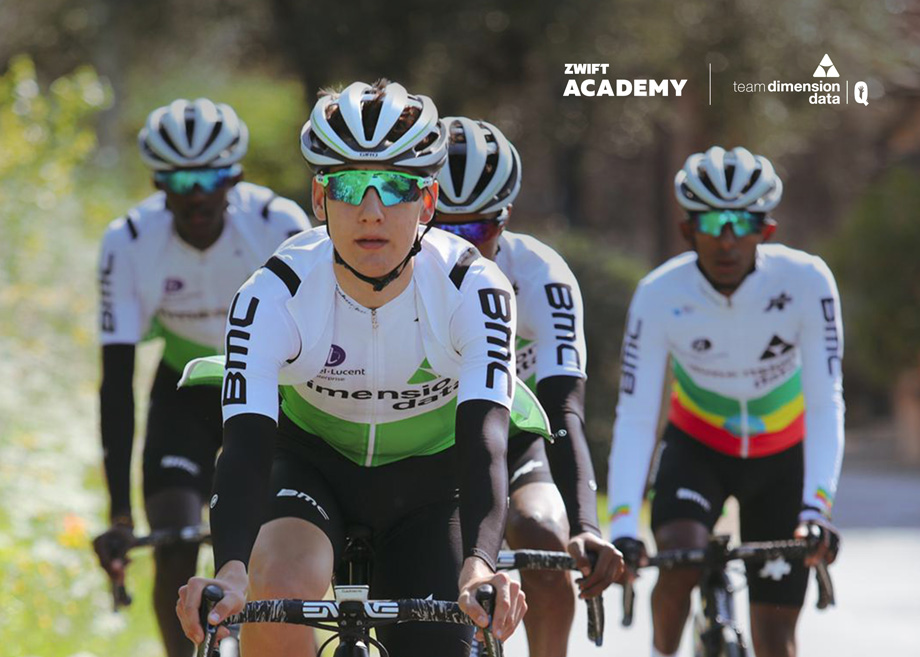 To learn more about the contenders, head over to zwift.com/academy

About Zwift
Zwift is a company of dedicated fitness enthusiasts that also happen to be experienced software and video game developers. Combining that passion and deep understanding of the fitness world, Zwift is the first company to use massive multiplayer gaming technology to bring the outdoor experience indoors. Athletes from around the globe can train and compete with each other in rich, 3D-generated worlds simply by connecting their existing devices & hardware (e.g. cycle trainers, power meters, treadmills heart rate monitors, etc) wirelessly via open industry standard ANT+ and BLE. From friendly competition, to racing & structured training programs, Zwift is building a community of like-minded athletes united in the pursuit of a better social fitness experience.

About CANYON//SRAM Racing
Launched in 2016, CANYON//SRAM Racing is a professional women's cycling team racing at the UCI Women's WorldTour level. From the solid foundation of experienced riders to the go-getting attitude of the younger riders, this diverse group of women seem to feed off and inspire each other. With a team motto of ‘better together’ when they are aligned they are part of something special, and even more extraordinary, these women create something special to watch.They generate a momentum and atmosphere that is unique to CANYON//SRAM Racing. They promote women’s professional cycling, they inspire people to ride all around the globe, and they are committed to delivering incredible stories. http://www.wmncycling.com

About Qhubeka
Qhubeka’s mission is to move people forward with bicycles. “Qhubeka” is a Nguni word that means “to progress,” and, with a bicycle, a person can travel faster, and move further, and carry more, whether it’s to a job, a school, a clinic, or a place of clean water and abundant food. The bicycles we provide also have a crucial role in initial emergency response for disaster relief. Based in South Africa, but operating across the entire African continent, children and adults in rural communities earn our Buffalo Bikes through our Learn-To-Earn and Work-To-Earn programs, moving them forward towards a more secure and richer life.