"We are very excited for this opportunity,” says LEOMO CEO Kunihiko Kaji. “PCG is a well-respected coaching company with vast experience and a deep history in cycling. LEOMO’s motion analysis technologies are a perfect complement to PCG’s revolutionary data analysis capabilities. It is fantastic that our companies’ strategies align so well, and we look forward to contributing to PCG’s camp in Boulder.”

Until now, athlete motion analysis has been limited to occasional sessions at labs or studios that do not reflect real-world training or race conditions, and often require elaborate and expensive systems. LEOMO’s pioneering TYPE-R portable motion analysis device will allow athletes and their coaches as well as bike fitters to collect daily ride data in the same conditions they train and race in.

“This is an exciting and ground-breaking camp,” says Hunter Allen, PCG CEO. “There has never been a motion analysis cycling camp like this in the world. It’s an incredible opportunity to learn from our expert coaches on how to best use the LEOMO TYPE-R to improve your cycling economy and power output.”

The TYPE-R comprises a sleek handlebar or wrist-mounted touchscreen head unit, and includes features like GPS tracking, as well as ANT+™ connectivity for additional measurement of power, power balance, cadence, and heart rate. The head unit alone will give many high-end bike computers a run for their money, but the magic of the TYPE-R comes in the form of six discrete rechargeable Bluetooth® sensors, each with its own three-axis gyroscope and three-axis accelerometer to accurately measure a wearer’s motion and form. Worn on each shoe, above each knee, above the sacrum, and above chest, the TYPE-R’s sensors measure important aspects of a rider’s movement like never before.

Even for a highly trained athlete, it is very difficult to feel and see the way motion changes with fatigue. By visualizing Torso data, the athlete can clearly see the difference between thir perceived riding style, and how they are actually riding. At the same time, since the MPI (Torso Angle) indicating the angle of the upper body has a high correlation to wind resistance, the torso sensor is very useful for determining the bike position. 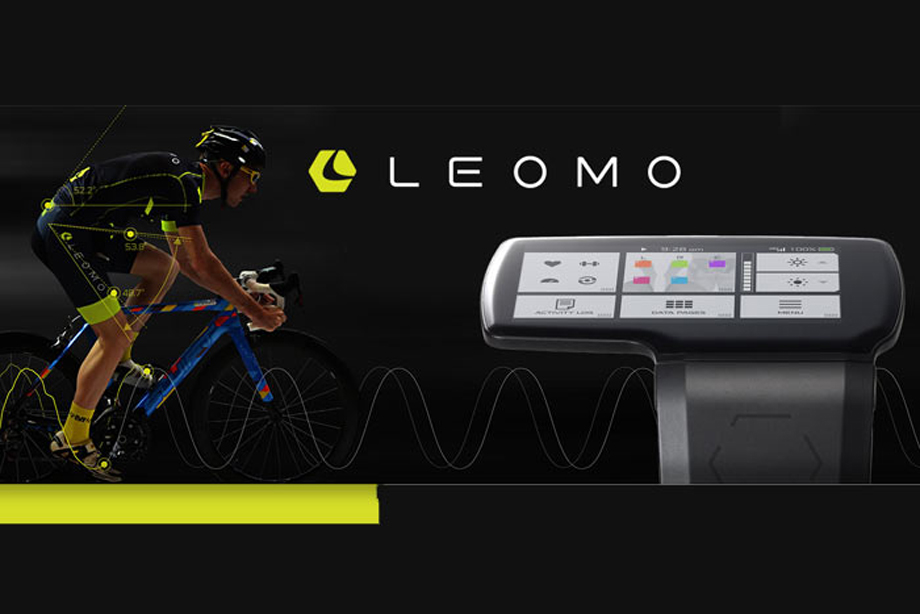 About LEOMO, Inc.
LEOMO, Inc., founded by Kunihiko Kaji and Taizo Son (Serial entrepreneur) in 2012, is headquartered in Boulder, CO with a satellite office in Tokyo Japan. LEOMO’s core business is to sell, design and manufacture devices and related services that contribute to advancements in sports. For more information, log on to www.leomo.io or join the conversation on Facebook, Twitter, and Instagram at @leomolabs.

Widely known as one of the top experts in the world in coaching endurance athletes using power meters, Hunter Allen's goal has always been to teach athletes how to maximize their training and racing potential through professional analysis of their power data. This goes hand in hand with his philosophy that a power meter helps athletes discover their true strengths and weaknesses, quantitatively assess their training improvements, and refine and maximize the focus of their training.

About Peaks Coaching Group
In 1996 after retiring from professional cycling, Hunter Allen founded Peaks Coaching Group, and has partnered with some of the bike industries most pioneering companies, such as PowerTap. In 2017 PCG partnered with CVR World Cup to create training plans for riders specifically to use in Zwift and held the first real-world/Zwift fantasy camp and race at the Velodrome in southern California. Most recently, PCG has partnered with LEOMO for development and testing of the TYPE-R real-time motion analysis device.

It's now 2019 and Peaks Coaching Group has affiliate locations in Brazil, Japan, Germany and the United Kingdom.

The cycling world continues to evolve and Peaks Coaching Group, with our great partners and sponsors, is at the forefront of data-driven training!