Rider Interview: It has been a while since Irish international rider, Felix English, suddenly became famous for beating multi Worlds and Olympic champion Chris Hoy in a sprint. There is much more to the man from the Emerald Isle, via Brighton and so Ed Hood caught up with Felix after a very successful World Cup on the boards of Glasgow to hear more. 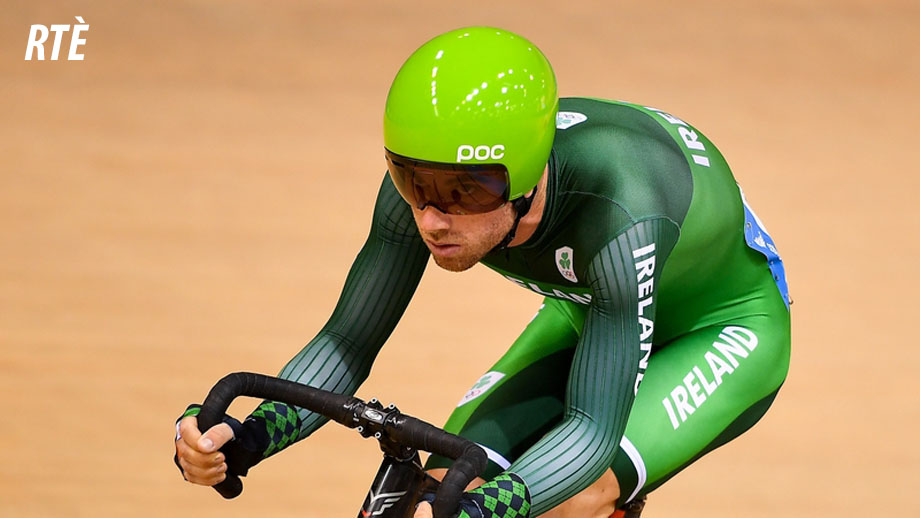 He gets embarrassed by the memory; but he IS one of the few men to beat Chris Hoy in a match sprint, back in 2010 in the 1/16th finals of the European Track Championships. He was also a UK ‘Crit King’ with the Condor and Madison Genesis teams; winning in places like Otley, Aberystwyth and Beverley – and taking a fourth place in my home town of Kirkcaldy in Fife, Scotland.

He also has a 2017 World Cup madison win to his name with Mark Downey in Los Angeles. And now he’s popped back up as a World Cup winner again, in Glasgow he beat some very tasty opposition to take the scratch race ahead of men like Seb Mora, Ollie Wood and Leigh Howard. 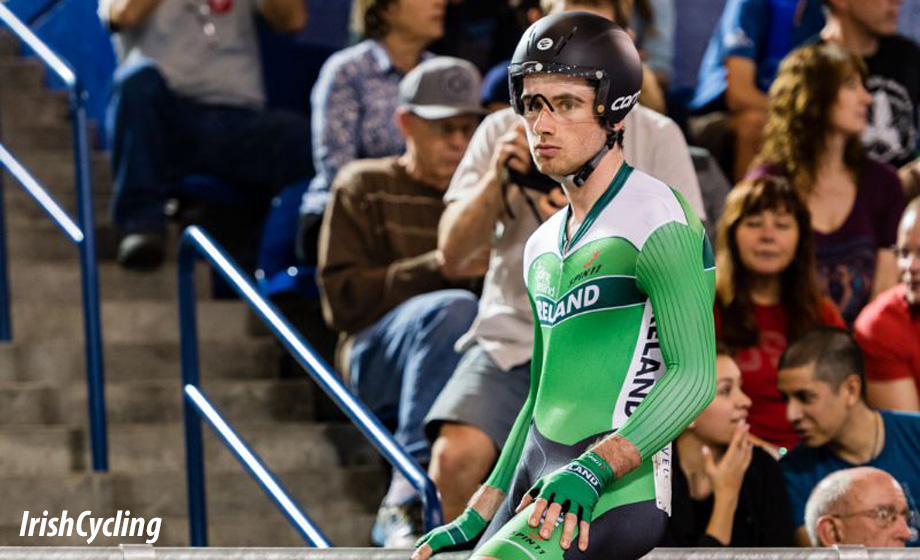 We caught up with Ireland’s Felix English the day after his World Cup success:

PEZ: Was there a strategy for the Scratch going in to Glasgow - or just 'play it by ear?'
Felix English: Refreshingly, no strategy! I was tired going into the race after the racing (and crashing in) the madison the previous night so we went in to play it by ear. One thing I was taking into this weekend was my hesitation in previous races which I think sometimes comes down to going into the race with a plan! 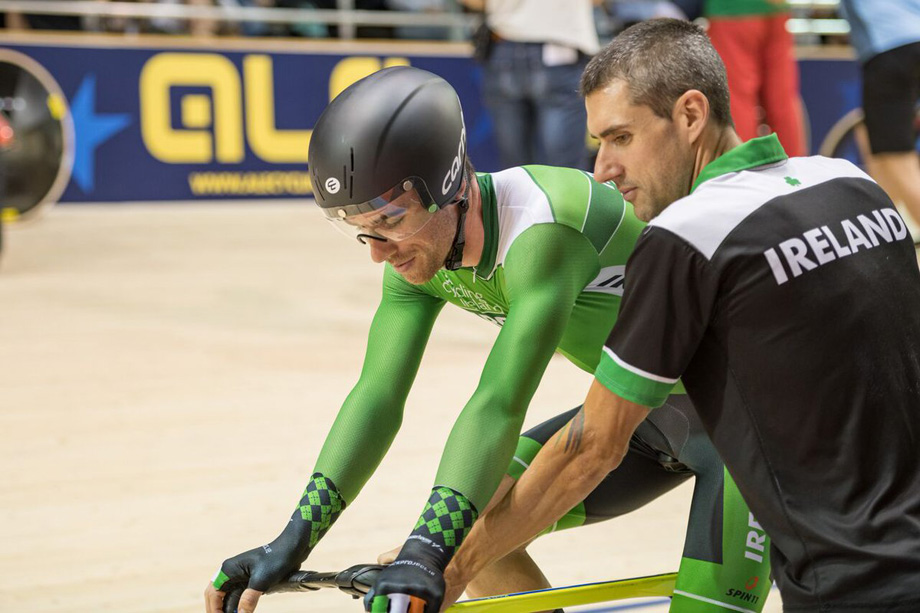 PEZ: Talk us through your race – European Champion Mora is a big scalp to take.
The race couldn't have gone any better for me really. As I said, I was pretty tired after a late night and not much eating between the madison and scratch qualifier/final. I stayed attentive early on but avoided any work but then was able to take my moment to take a lap with a group of five. I knew the guys were feeling it a bit so I took the moment to go immediately with (I think!) Ollie Wood (GB) and Michele Scartezzini (Italy) when they attacked to take a second lap pretty much straight away. From then, I was ahead of the race and with Mora getting his second lap quite late I felt pretty confident that I was going to win.

PEZ: Does this result qualify you for The Worlds and Tokyo?
Unfortunately not - no scratch in Tokyo but it does push me right back up in the World Rankings so I'll be lining up for the World Championships again in March. 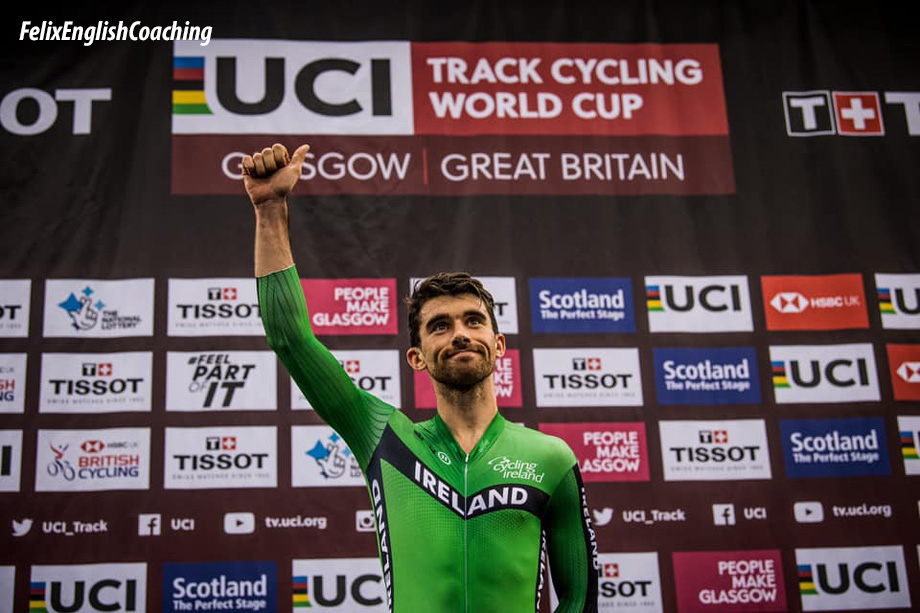 PEZ: Did you compete in anything else at Glasgow - if so, how did it go?
I rode the madison on Saturday night - it was going pretty smoothly until I came down. Mark Downey and I had purposefully ridden a really quiet race and were planning on getting more involved in the last 60 laps. We tried a late attack with the Germans but it wasn't to be.

PEZ: Were you at the Minsk World Cup and will you be participating in any others?
I wasn't in Minsk but I am heading to Hong Kong, New Zealand and Australia for the next three World Cups. 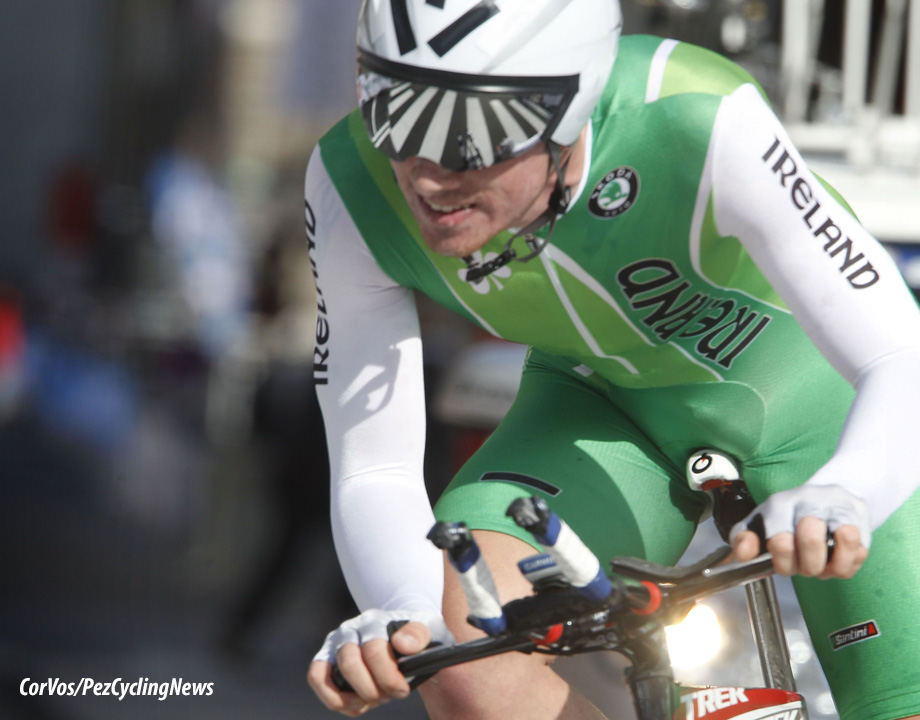 PEZ: Where do you get your track training in?
I live and train in Palma, Mallorca.

PEZ: Who coaches you?
I've been bouncing between coaches for the past 18 months but the last three or four months I've coached myself on the road and Martyn Irvine has been coaching me on the track. This result was a nice confidence boost in believing in myself as a coach, ha! 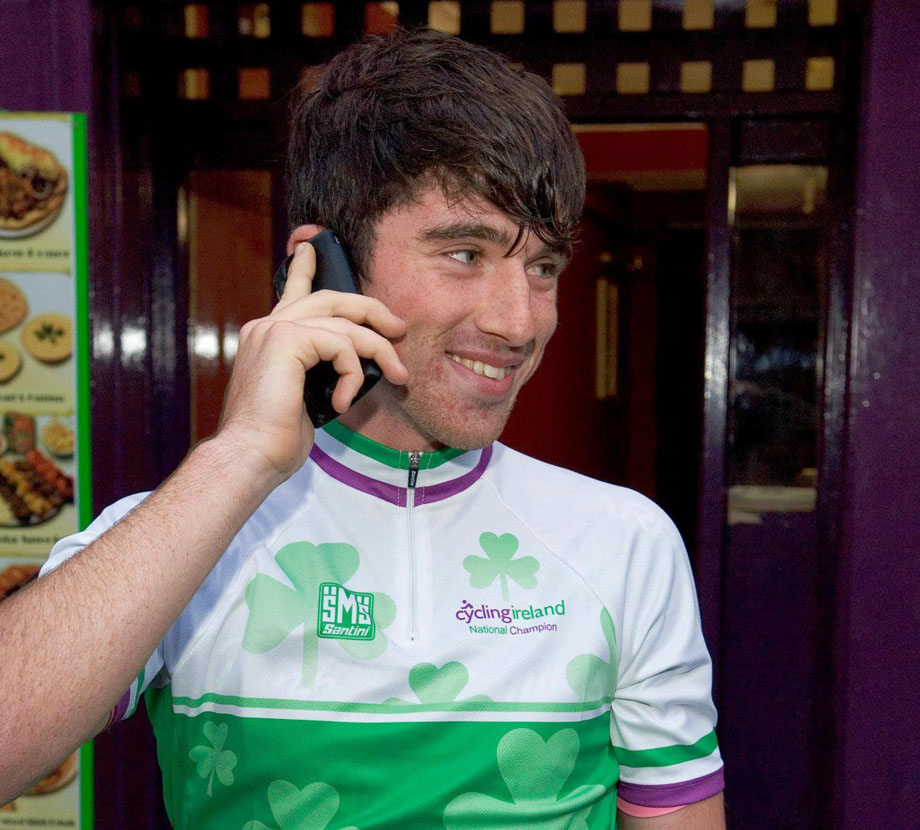 PEZ: I notice you won the Irish Omnium Championship - where is that held?
It's held at an outdoor track in Dublin - Sundrive Velodrome, it’s a big 458.8 metres tarmac track built in the 50’s but it was resurfaced in 2009.

Your madison partnership with Mark Downey has produced some nice results together.
Yeah, we've had some success together. We've started trying to rotate the squad between races now as last year I had a really heavy run of competition. I rode the Europeans followed by five World Cups on the bounce which really took its toll once I hit World Championships. 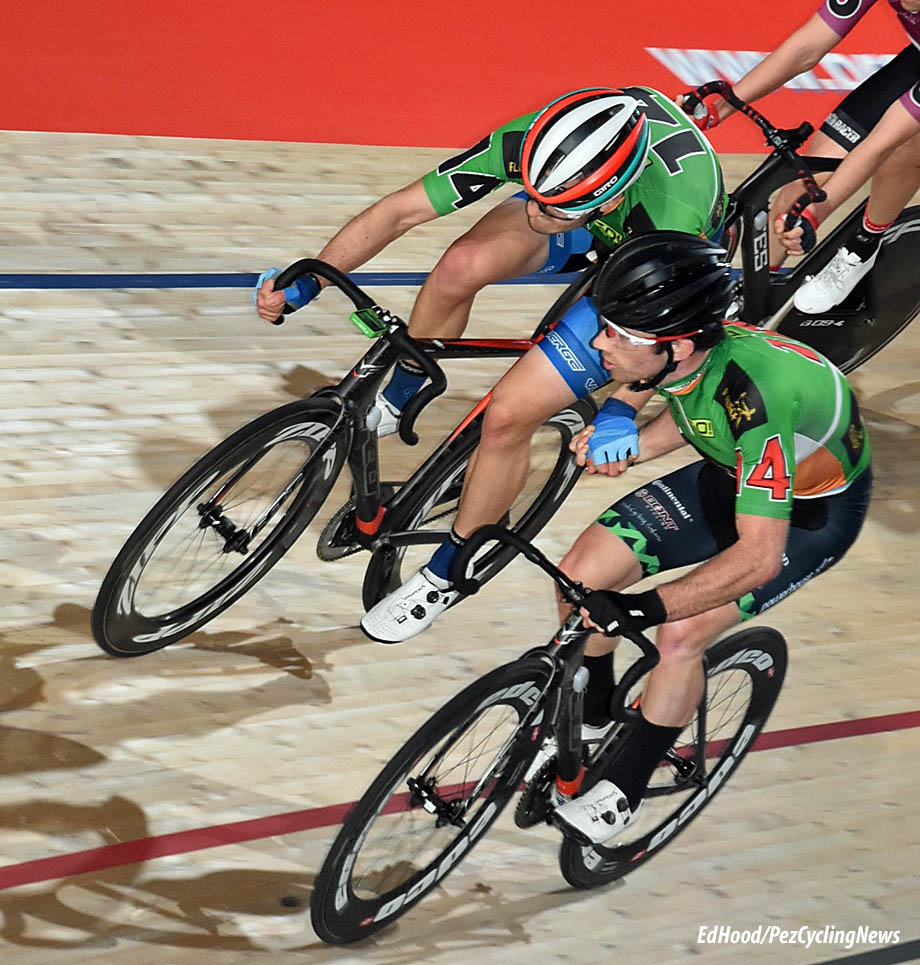 PEZ: 2013 to 2016 you were a 'Crit King' in the UK - why the change of focus?
I got a little tired of it. I'd started riding the track again and saw myself being about to compete with some of the best guys in the world - not something that was on the horizon in my road career ha! Although, I think I'll be back to racing a few UK crits through Spring/Summer 2020 with a new team. 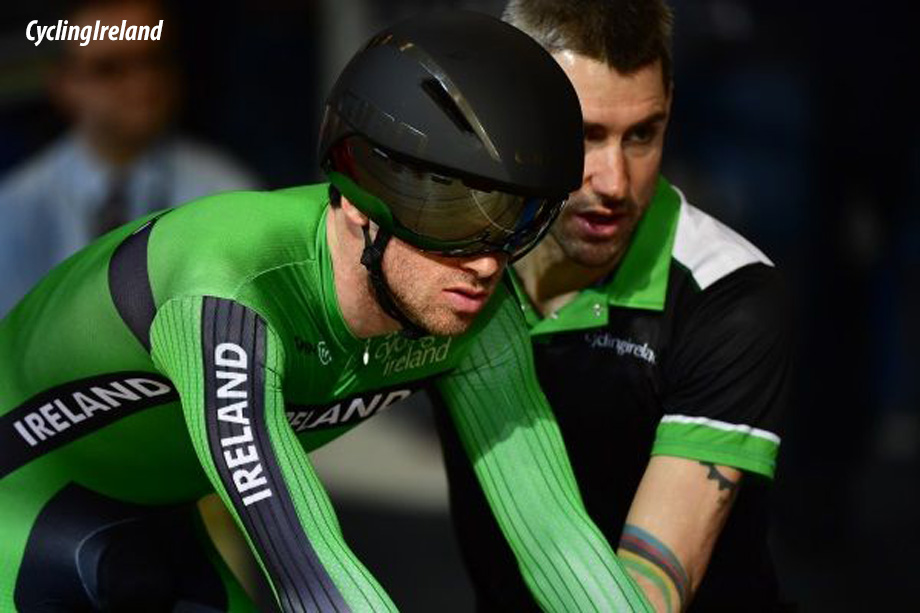 PEZ: How do you fare for financial support being outside of a team structure?
I'm a funded athlete with Sport Ireland - similar to the GB setup with their funding. It's performance based, so we all need to hit certain criteria which then determines the size of your grant. 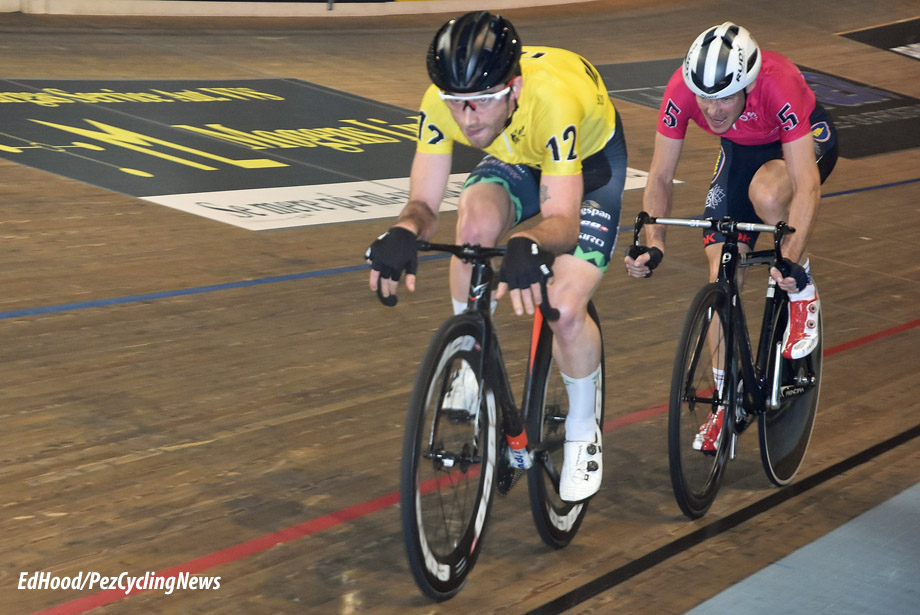 PEZ: We saw you at the now late, lamented Copenhagen Six Day - is that an experience you would like to repeat?
I loved Copenhagen Six Day, even if I was a little sick. It was tough going straight from Berlin Six Day but I'd definitely like to go back - maybe next year?!

PEZ: Still on your trusty Felt I see.
We recently replaced the 5-6 year old Felts with - new Felts! Different paint scheme this time. 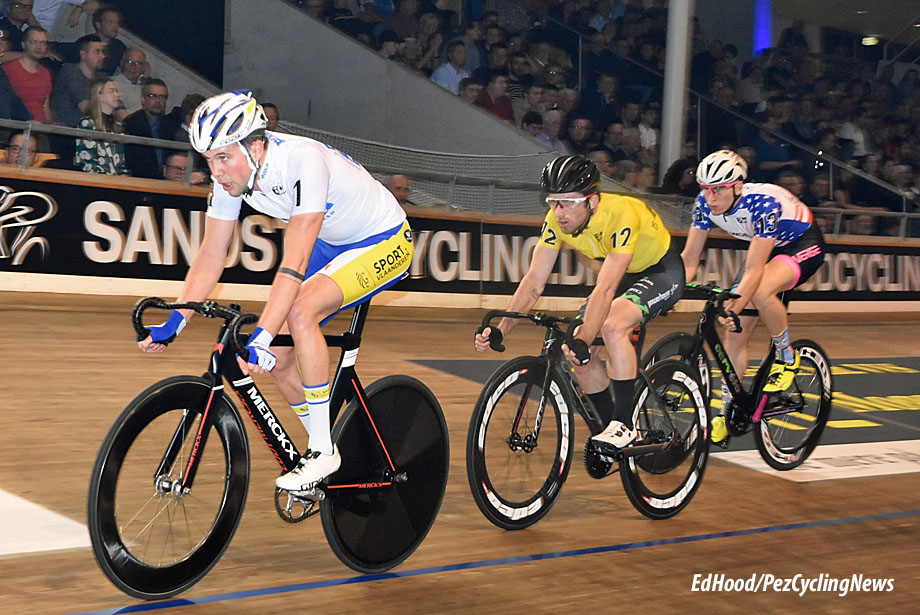 PEZ: Those green ‘Irish’ Bont shoes look pretty cool...
Yeah, I'm pretty lucky to be sponsored by Bont as (for me anyway) they're the best shoes on the market, especially on the track.

PEZ: Do you still get asked about; 'that time when you beat Chris Hoy in a sprint?'
Less often but still occasionally. I find it quite embarrassing as it's not something that it’s easy to be proud of haha! In the end I tend to laugh it off...

# We’ll keep an eye on the forthcoming World Cups for Felix in the results. #