Rider Interview: 28 year-old Carl Fredrik Hagen rode his first Grand Tour this year - The 2019 Vuelta a España. The man from Oppegård in Norway performed well above expectation to finish in 8th place overall. Ed Hood caught up with Carl after his top ride in Spain and before he rode the World championships in Yorkshire. 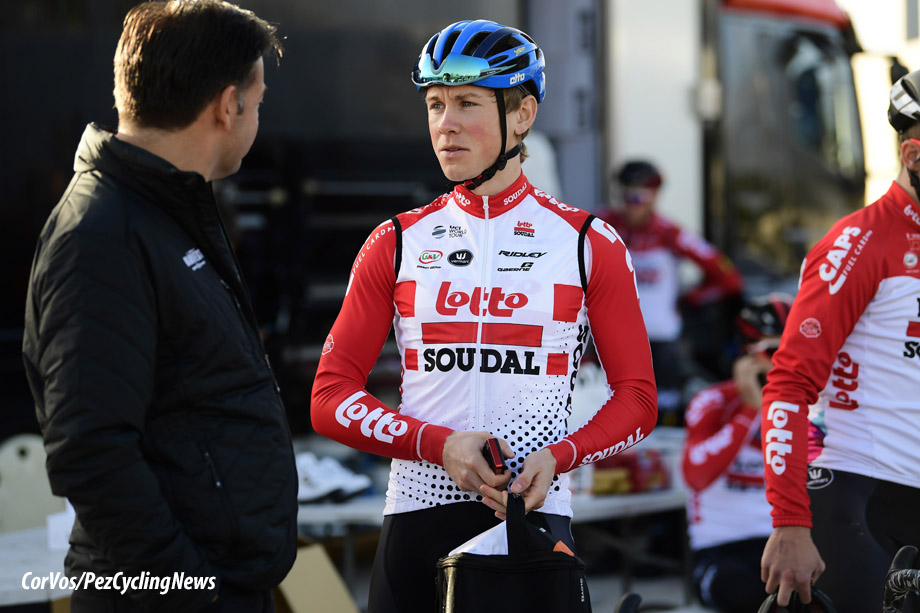 Harrogate has gone back to being a spa and conference town – next it’s the ‘British Society for Allergy and Clinical Immunology’ conference; damn, if we’d known, we could have stayed over for that one. But The World Championships have been and gone and done. Let’s get back to business. . .

The Vuelta, what a great race. With Pogacar the revelation of the race, third on GC at just 20 years-of-age. But there was another revelation: Lotto Soudal’s Norseman, Carl Fredrik Hagen took eighth place overall in his first Grand Tour. The 28 year-old from Oppegard took time to speak to PEZ after his cracking debut on one of the three biggest stages in the world of stage racing. 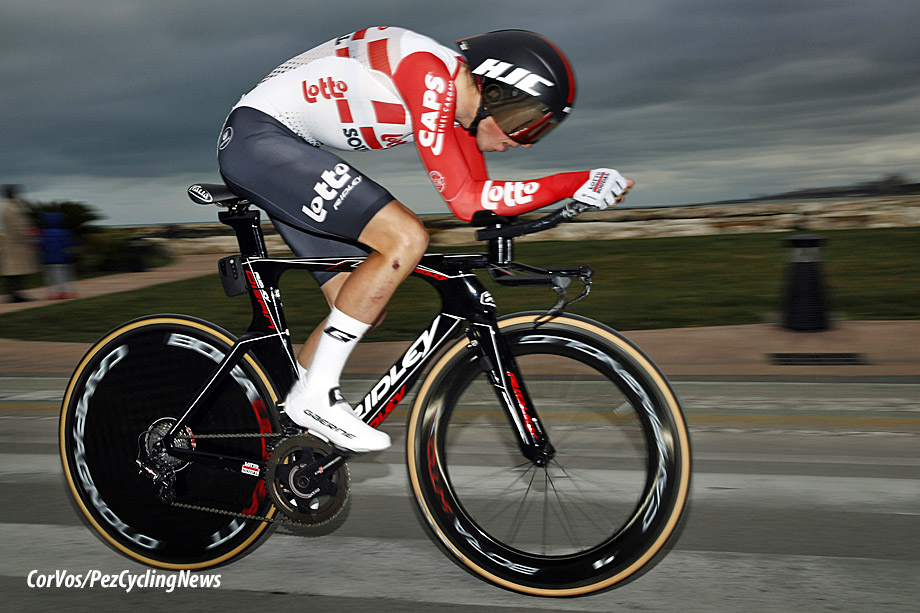 Originally a mountain biker, with Team Oslo Sportslager, he won the Norwegian MTB Marathon Championships in 2015 and 2016. His first full road season, with Team Sparebanken in 2015, yielded a promising fourth on GC in the East Bohemia Tour and in 2016 he took the mountain prizes the Tours of East Bohemia and The Fjords, displaying his talent for climbing which would prove so useful in the Vuelta, last month.

In 2017 he moved up to the strong Norwegian continental team, Joker Icopal team - which in various incarnations over the year has included Edvald Boasson Hagen and Alexander Kristoff on the roster - taking a mountain stage and second on GC in the Alsace Tour and second in the GP Ringerike. Last season, still with Joker Icopal, saw him win the Tour of the Jura and ride into top 10 finishes in the Tours of the Arctic and Norway. He stepped up to World Tour, this year taking top 10 in the Tour of Norway, top 15 in the Tour of Romandie and top 20 in the Tour of Poland before his stand out eighth place Vuelta ride. 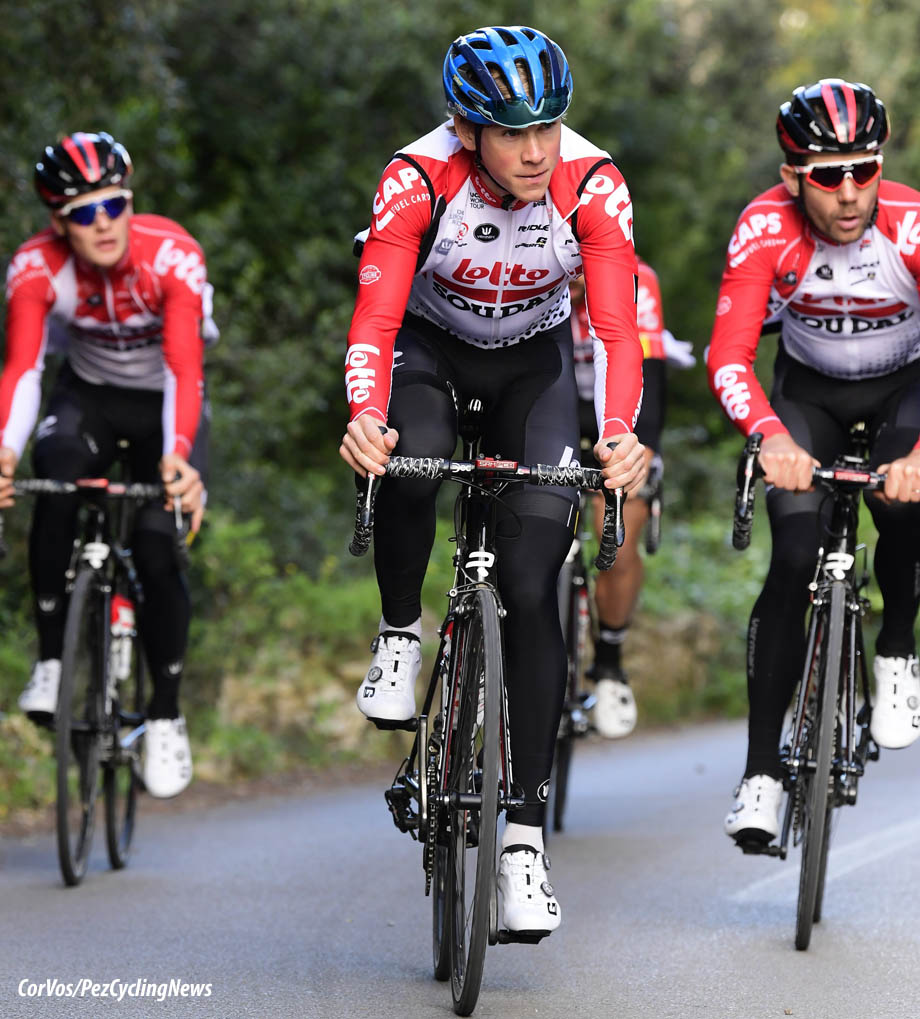 Here’s what he had to say to PEZ, just before Harrogate:

PEZ: How did you get into cycling, Carl Fredrik?
Carl Fredrik Hagen: I was a cross country skier and long distance runner originally and rode the MTB as part of my training but when I sustained injuries with the running I got more serious about the bike and raced MTB for a couple of years. 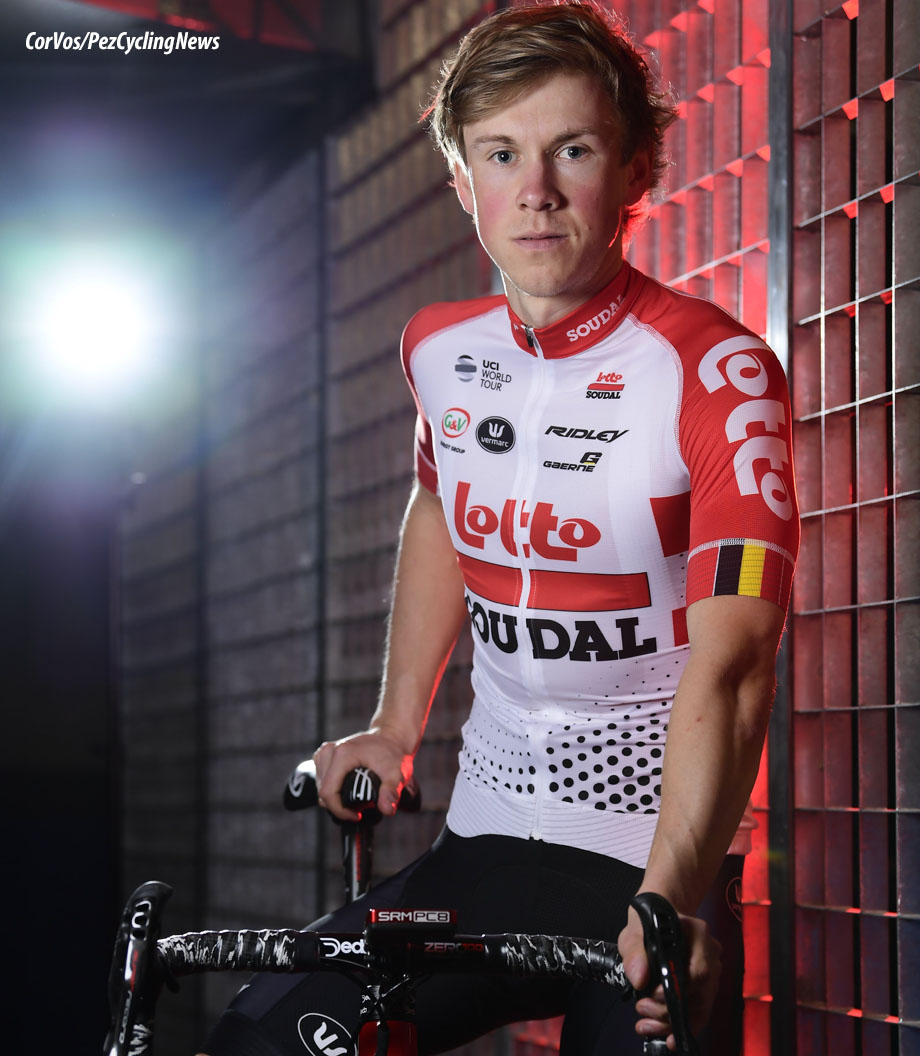 PEZ: You moved up to team Sparebanken in 2015.
That was a very nice opportunity to be given, Thor Hushovd is the man behind the team, and I made the switch from MTB to road. I got some nice results with them but had the mind set to take things one step at a time. 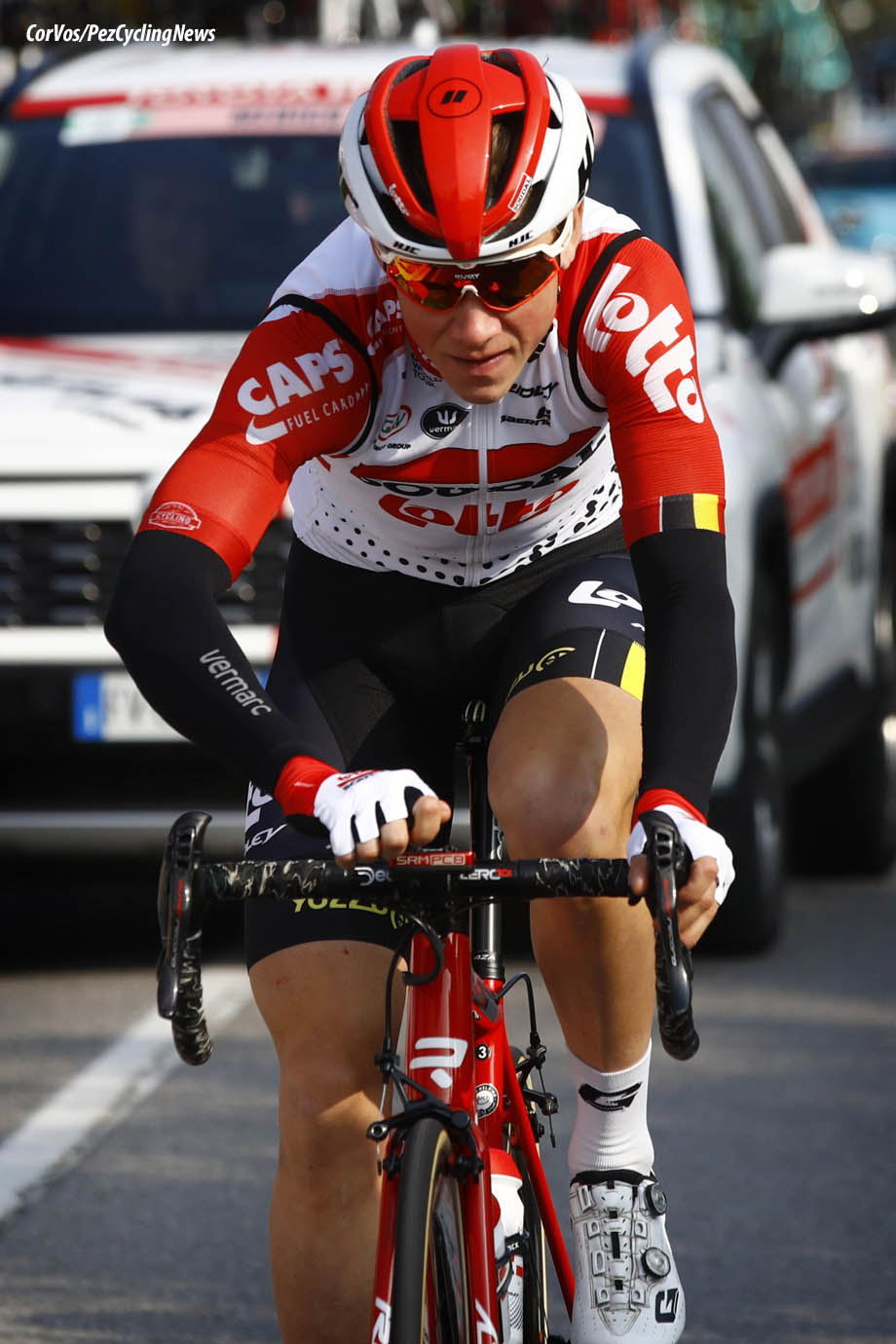 PEZ: Then you stepped up to Joker?
That was a dream to be offered a ride with them, it’s a very strong and respected team in Norway. I learned so much from Gino van Oudehove, our DS during my time with the team. I think my best result in that time was to win the Queen stage in the Alsace.

PEZ: How did you get the Lotto Soudal ride?
My manager spoke with Lotto and they could see similarities with Roglic in me, coming late to bike racing from winter sports. They looked at my training diaries, we talked more, they were interested and I signed. 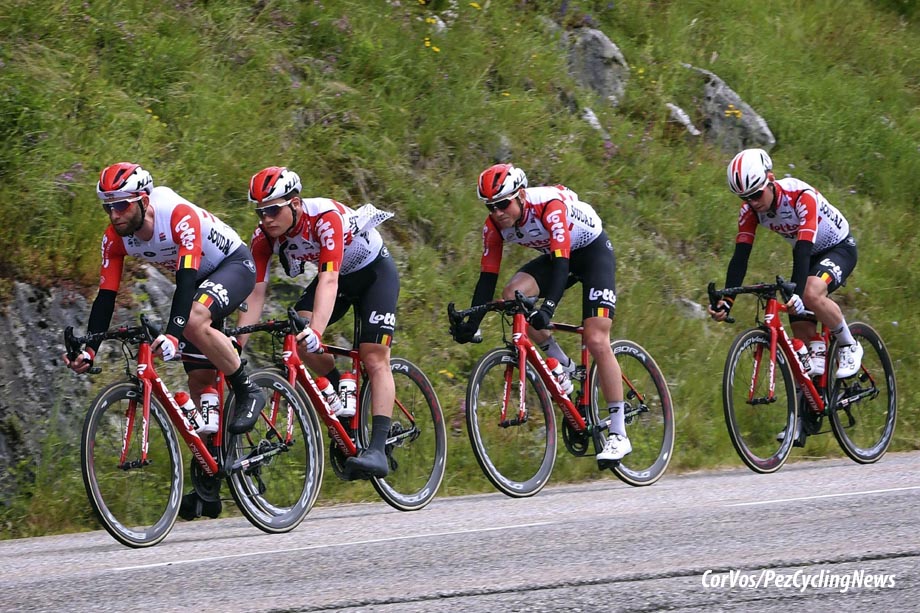 PEZ: What was the jump to World Tour racing like?
It was a big jump for sure but I did UCi 1.1 races with Joker so I knew what to expect. I trained at home in a very serious manner to prepare for the season; my first race was the Tour Down Under and again I determined to take it one step at a time and just do the jobs I was given to best of my abilities. 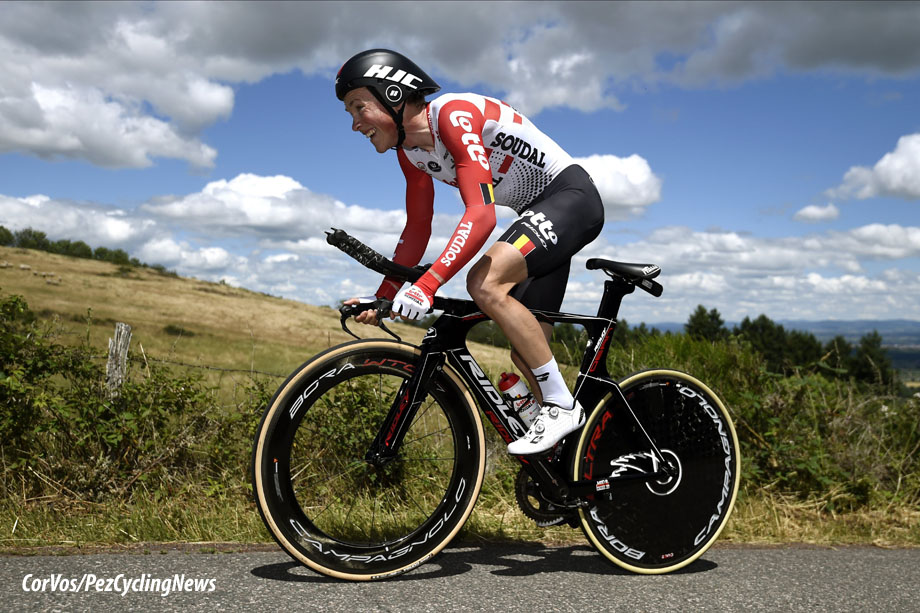 PEZ: You got some nice results prior to the Vuelta.
Yes, I was pleased with Norway and especially Romandie where I was to work for Bjorg Lambrechts and Tim Wellens but ended up ahead of them both on GC. I felt strong there and it was good for my confidence. In the Dauphine I was working for Bjorn Lambrechts and again felt I rode well. 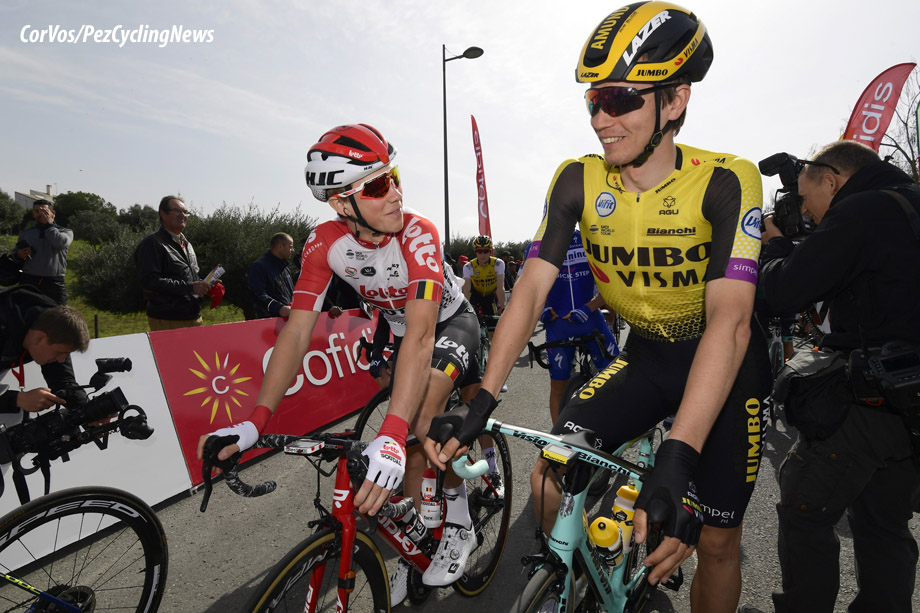 PEZ: The Vuelta was your first Grand Tour?
The Dauphine was eight stages so on Stage Nine at the Vuelta it was new territory for me and again I took it day by day. I think my preparation was not exactly as I would have liked, the Tour of Poland took a lot of energy from me. But my programme in general across the year was good and I’d stayed healthy.

PEZ: Which were the best days for you?
That’s difficult to say but I remember Stage Nine, Andorra la Vella was a good one for me; I was 11th and on Stage 18 Becerril de la Sierra I was sixth. I just felt stronger and stronger during that last week. 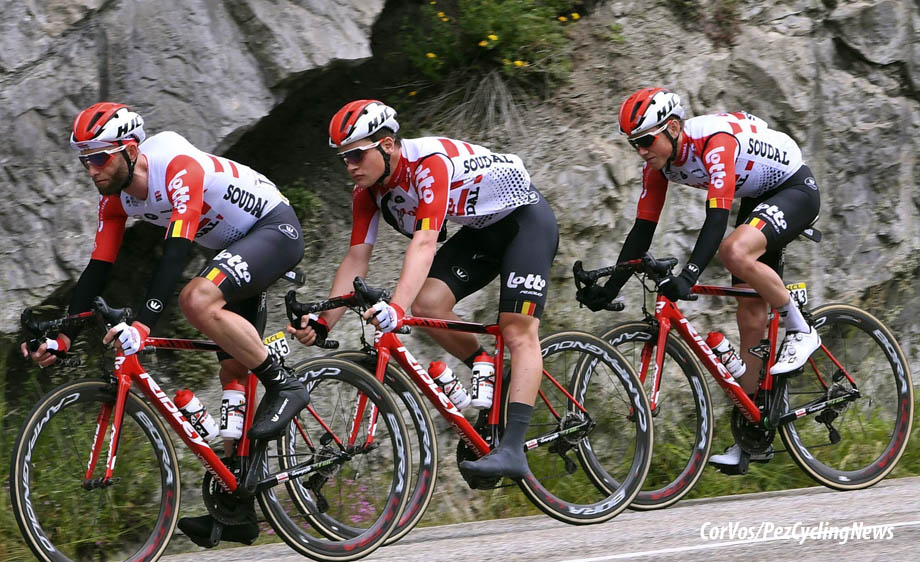 PEZ: Bad days?
I didn’t have any really bad days, some days I felt tired but not in that last week where I was feeling strong with good legs every day. 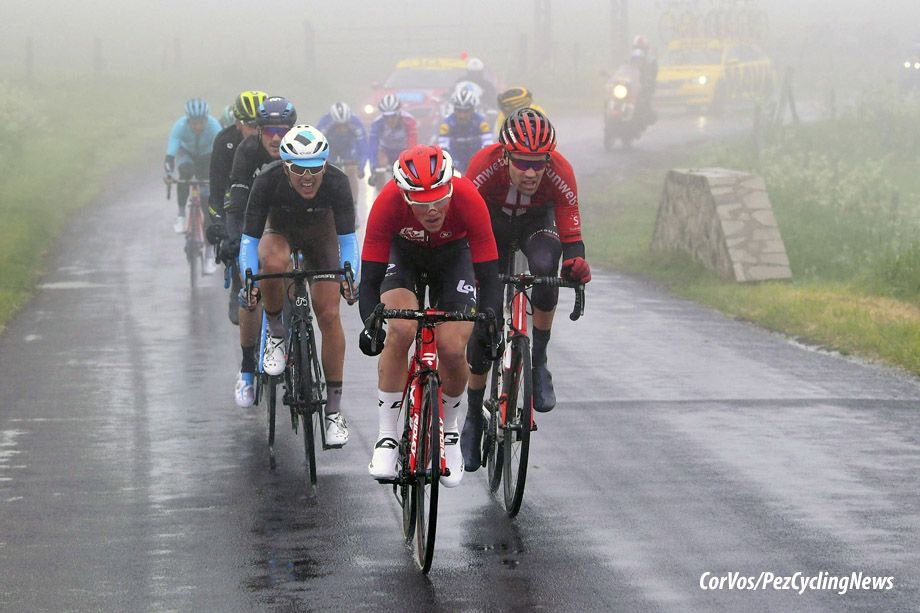 PEZ: How has recovery from the Vuelta been?
I mixed training – but less hours than usual – with spending time with my family and girlfriend.
I’m tapering off in to the World Championships now, I’d like to do a good ride there. [Carl Fredrik was just one of some 150 non-finishers at Harrogate; with just 46 souls from a start list of 197 riders completing the full distance on that horrible day, ed.] 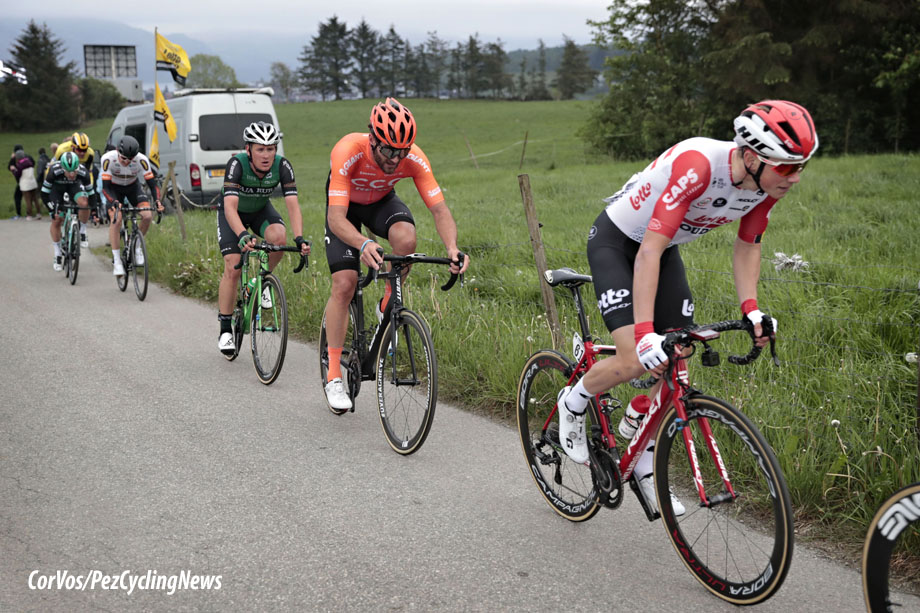 PEZ: Is The Worlds your last race?
No, I have the Gree-Tour of Guangxi in China in the middle of October, I’m looking forward to that.

PEZ: Have you discussed your 2020 programme with the team management yet?
Not yet, we’ll have to sit down with the profiles of the three Grand Tours before we decide which one I’ll be riding – and of course, 2020 is Olympic year and selection for Tokio is a big goal for me. 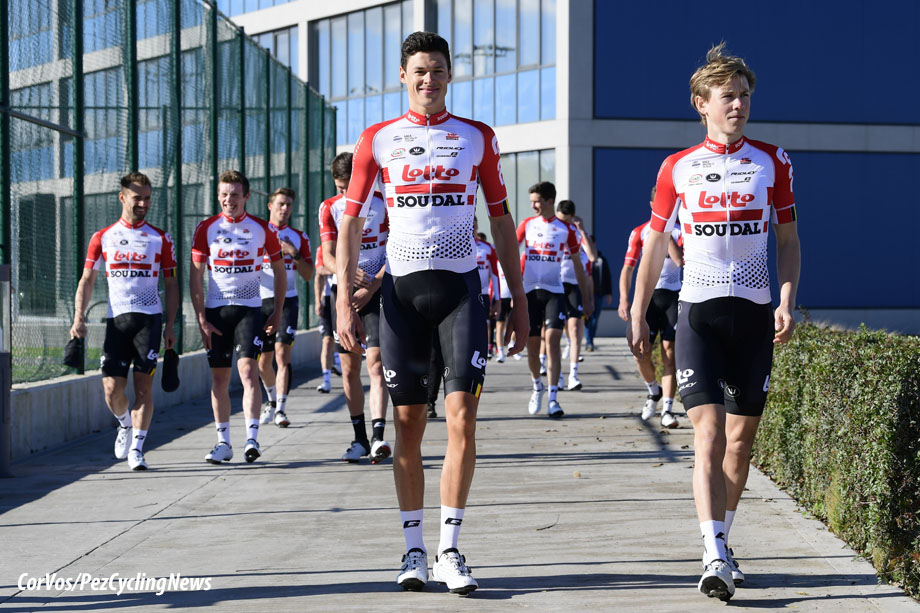 It was November 2005 when Ed Hood first penned a piece for PEZ, on US legend Mike Neel. Since then he's covered all of the Grand Tours and Monuments for PEZ and has an article count in excess of 1,700 in the archive. He was a Scottish champion cyclist himself - many years and kilograms ago - and still owns a Klein Attitude, Dura Ace carbon Giant and a Fixie. He and fellow Scot and PEZ contributor Martin Williamson run the Scottish site www.veloveritas.co.uk where more of his musings on our sport can be found.