January 2nd not only marked the 60th anniversary of Fausto Coppi, but also the 80th anniversary of the death of another world champion cyclist but under very different circumstances. The insular world of cycle sport is our focus here but cyclists are affected by events beyond the road or track as much as anyone. Financial hardship, addiction, mental illness, suicide, murder and war have all left their mark on the peloton. The story of Teddy Richter is not familiar to the English-speaking world but worth the telling. 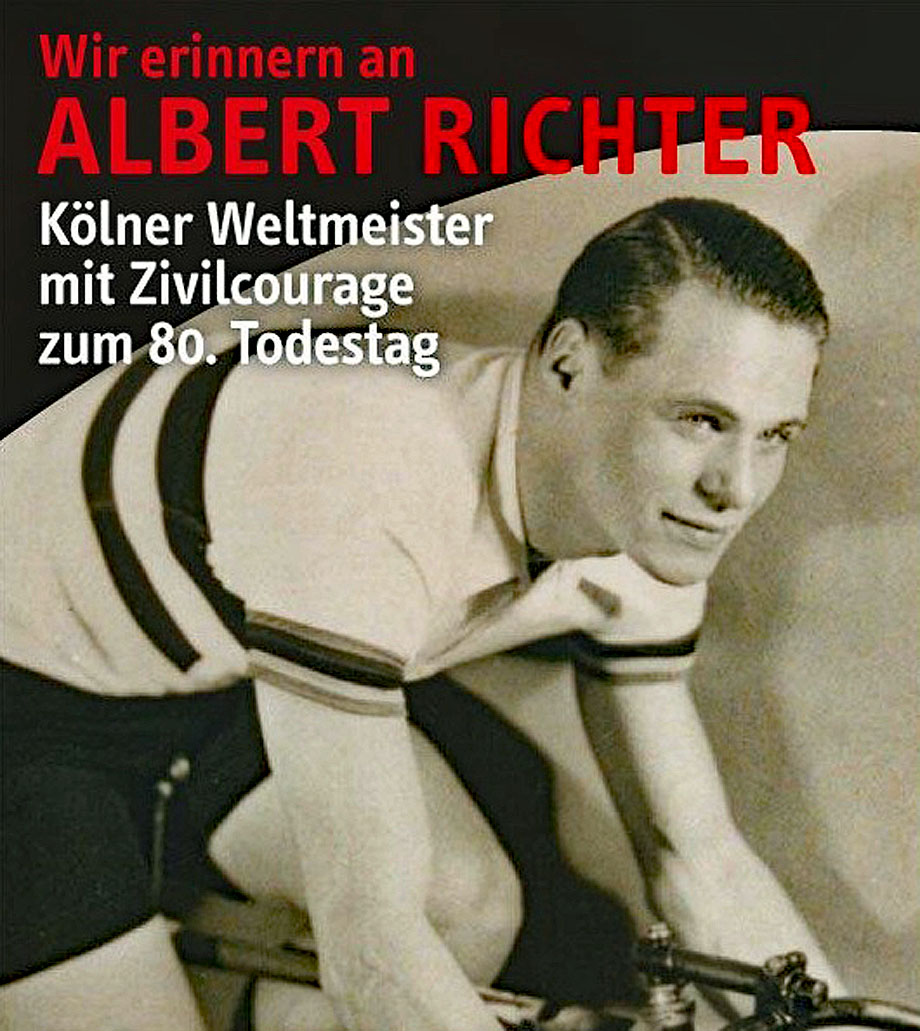 Albert “Teddy” Richter was born in the working-class Ehrenfeld district of Cologne, Germany, on October 12, 1912. The son of a talented amateur musician, he learned to play the violin as a child but was drawn to bike racing as a teen and was winning local races at 16. He soon came under the management of a local furniture dealer, Ernst Berliner, and his career began to advance impressively. By 19 he was the regional champion and his international career began. 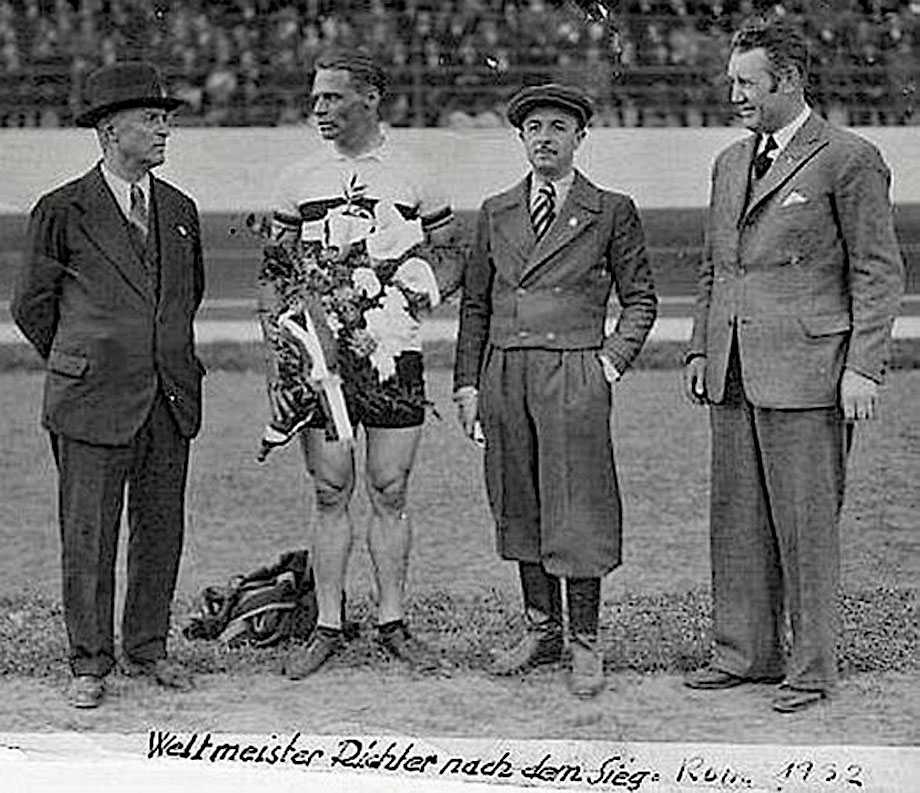 Winner of the Grand Prix de Paris in 1932, he had hoped to go to the Los Angeles Olympics but the German federation was unable to pay his fare. However, in September he won the Amateur World Championship title in Rome and returned to a hero’s welcome in Cologne. 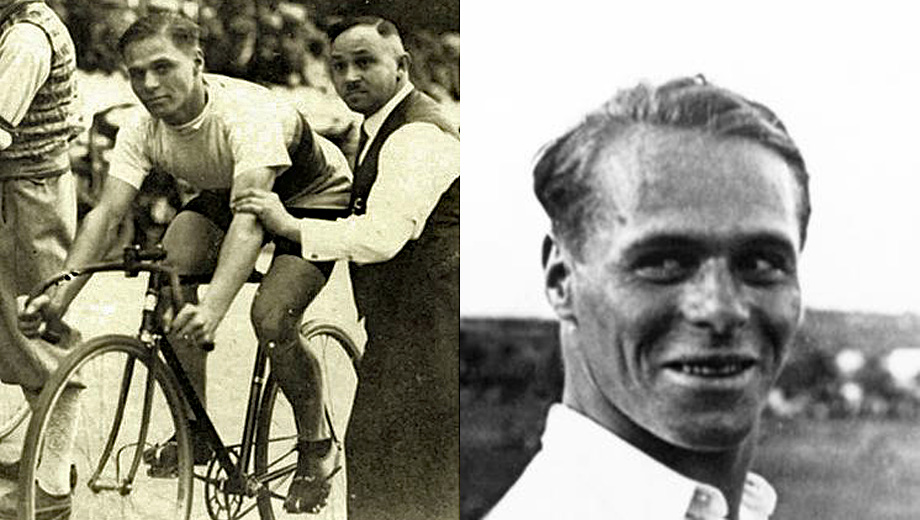 Turning professional soon after his Rome triumph, he raced primarily in France and Britain under Berliner’s management. He moved to Paris, learning French from watching movies, and went on to win the Grand Prix de Paris in 1934 and 1938 again. The French, impressed by his powerful, fluid riding style, called him "the German Eight Cylinder." A British contemporary noted: "That boy can ride!" Riding at the Worlds as a pro, he was on the podium of every race he entered in the sprint between 1933 and 1939 but was unable to secure the gold. 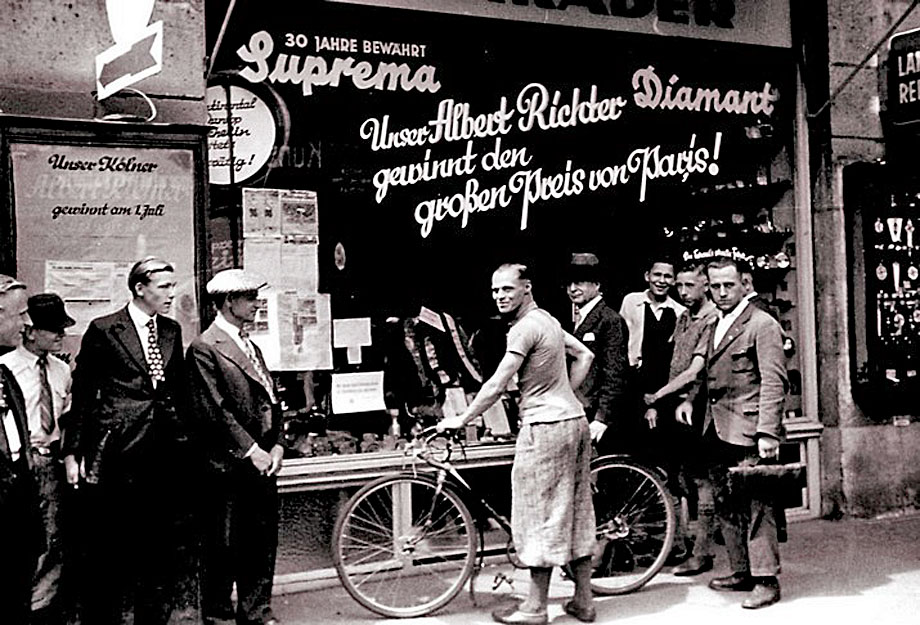 Opposed to the Nazi regime, Teddy Richter refused to wear a jersey with a swastika, preferring to wear one with the old Imperial Eagle for his races. As a frequent traveller he was asked by the Nazis to carry out espionage and turned this down. His close contacts with the Jewish community that was so involved with track racing at the time put him in danger. His manager Ernst Berliner had to flee with his family to Holland in 1937, subsequently going to the United States, but was still able to manage Richter from outside Germany. 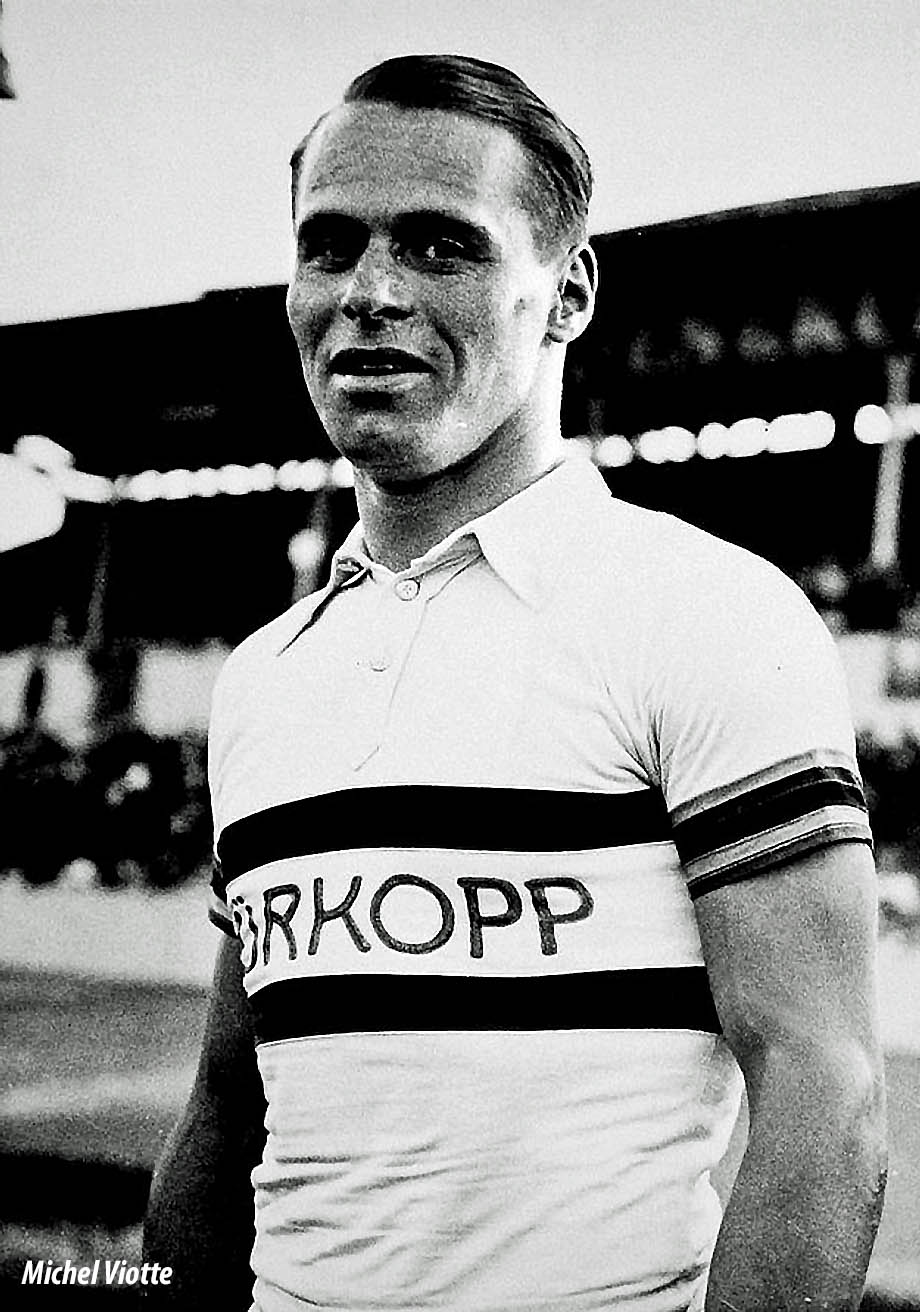 Teddy Richter decided to return to Germany for the Berlin Grand Prix before fleeing to Switzerland. He told Berliner, who advised against the trip, that he would also be carrying out money for a Jewish businessman from Cologne who had fled to Switzerland. Richter did not want to be conscripted as war had broken out (the Worlds were ended early that year when Germany invaded Poland) and he did not wish to shoot at the French. After winning the Grand Prix in Berlin, he packed his bag and took the train to Switzerland. He had written Berliner that he would not be returning to Germany. He was unwilling to fight against the French, where he had been so well-treated. 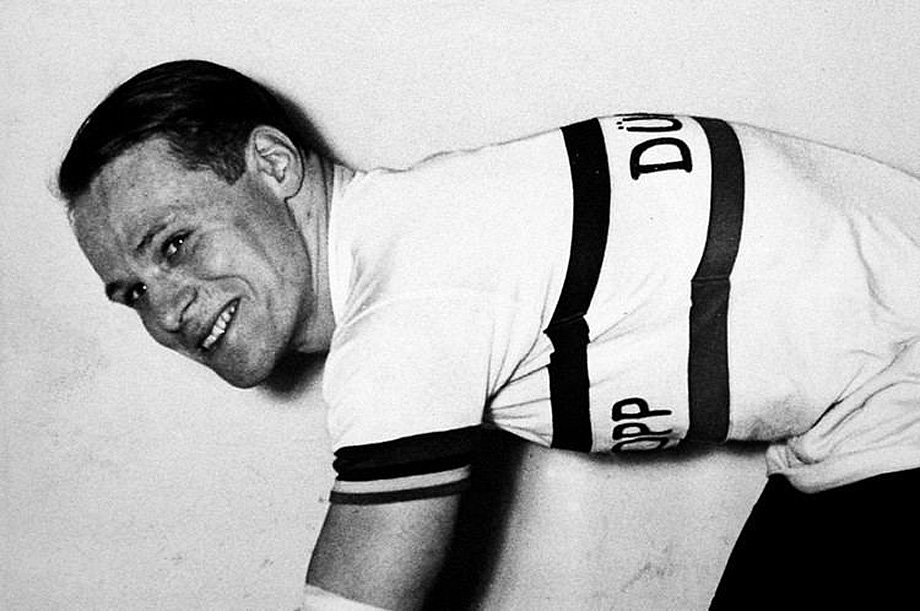 On the night of December 31, 1939, when the train stopped at the border checkpoint at Weil am Rhein, two Dutch pro riders saw the German border police enter Richter’s compartment. Shortly thereafter he was dragged out unconscious and put into a police vehicle. His bicycle was retrieved from the baggage car and the tires slashed open, revealing a stash of 12,700 Reichsmarks. The police did not take his suitcase but clearly knew when and where Richter would be travelling and how the smuggled money was being handled. It is clear that informers in the pro racing community tipped off the authorities. 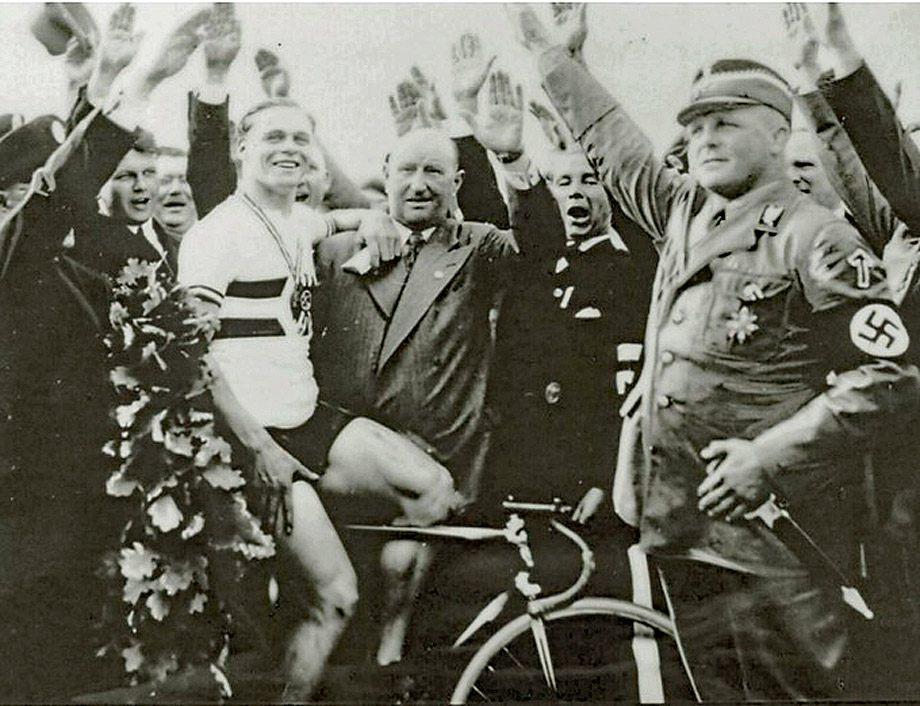 Teddy Richter was taken to nearby Lörrach by the Gestapo. He was never seen alive again. 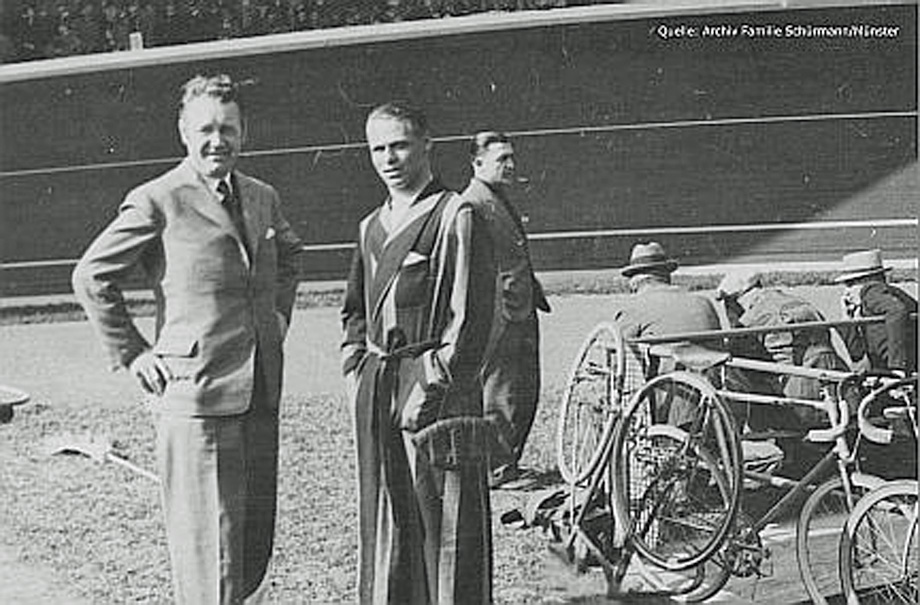 At first German authorities claimed he had gone skiing in Switzerland. Then that he had been killed by rival smugglers or had hanged himself in his cell. One of his brothers went to look for him and was shown Richter’s body on January 2, 1940, his suit full of bullet holes.Teddy Richter was 27 years old. The Nazis refused to let the family see the coffin open when his body was returned to Cologne, where 200 people attended his funeral on January 10. The national Nazi newspaper noted laconically: "Heute rot—morgen tot." (Today red, tomorrow dead.) 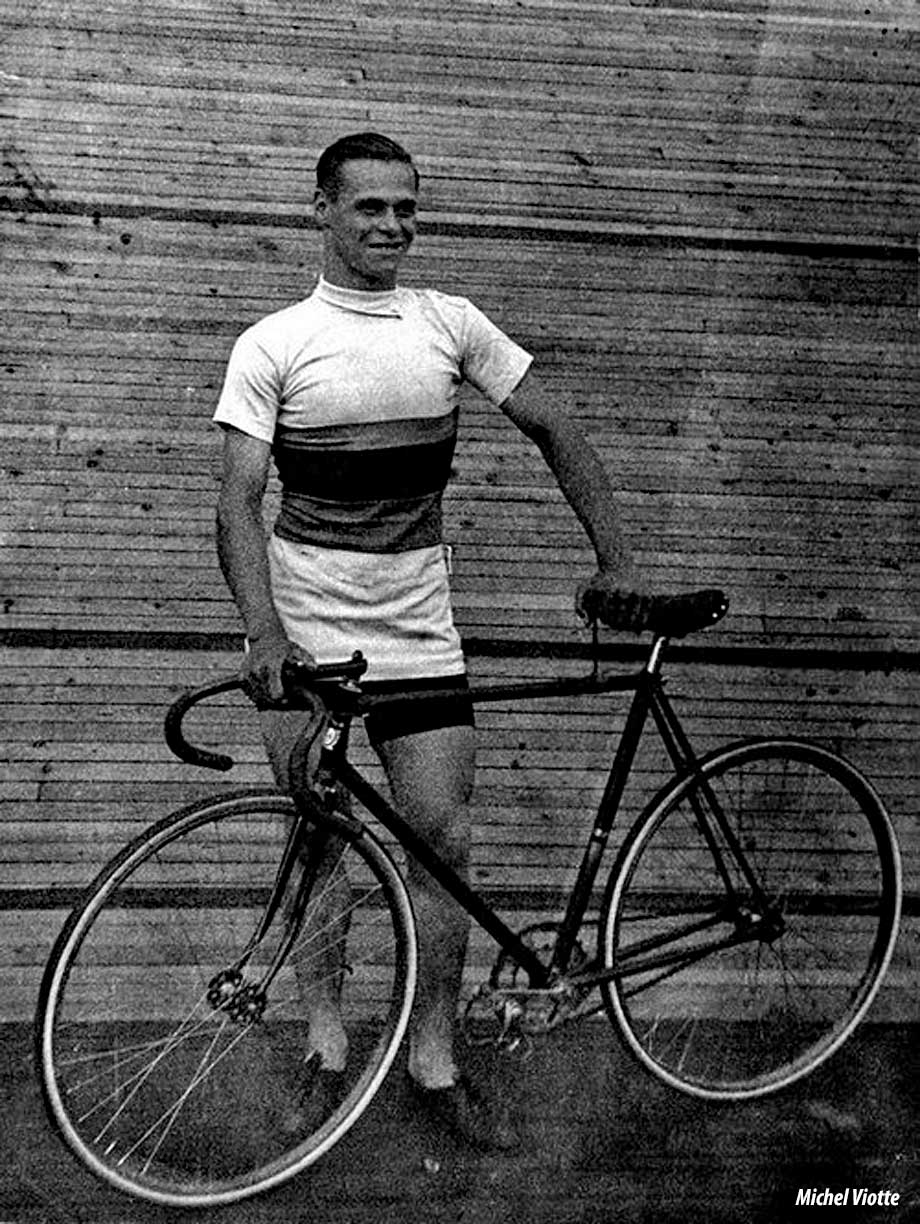 His funeral may have been well-attended in Cologne but the German Cycling Federation, the DRV, controlled by Nazi functionaries and led by Viktor Brack, an SS-Standartenführer (who probably ordered the arrest and execution of Richter), made good on its public pledge to wipe the cyclist’s name off of the record books. With the war and other concerns, his story faded into oblivion. He father tried for many years to have his son's reputation rehabilitated and obtain compensation but the file was closed in 1967 with no resolution. 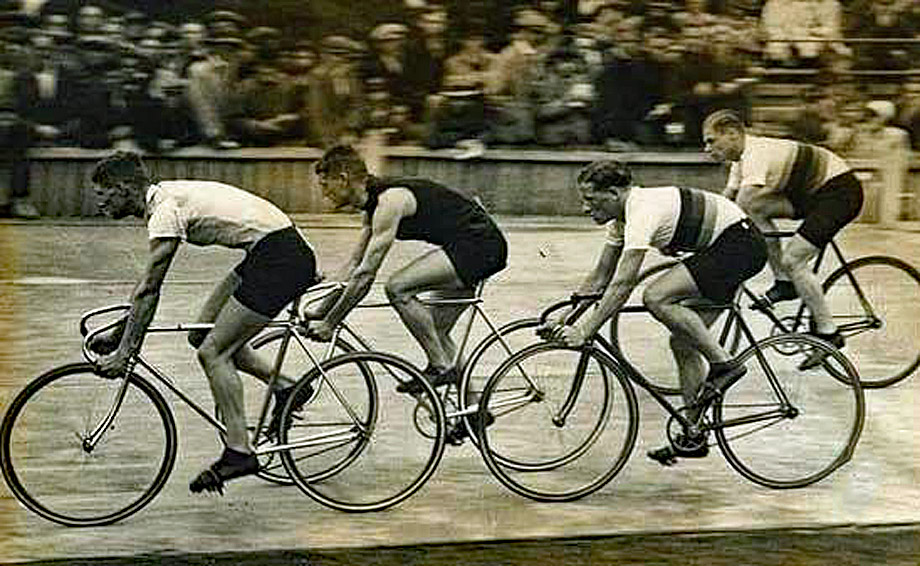 Ernst Berliner returned to Germany after the war to demand an inquiry into the mysterious death of his friend but was met only with hostility and returned to the United States. Subsequent inquiries by individuals, both French and German, have established who informed on Richter. The cyclist's death was never formally registered and the exact circumstances are still not known. Viktor Brack could not be questioned as he went on to a career organizing mass murder and was executed as a war criminal in 1948. 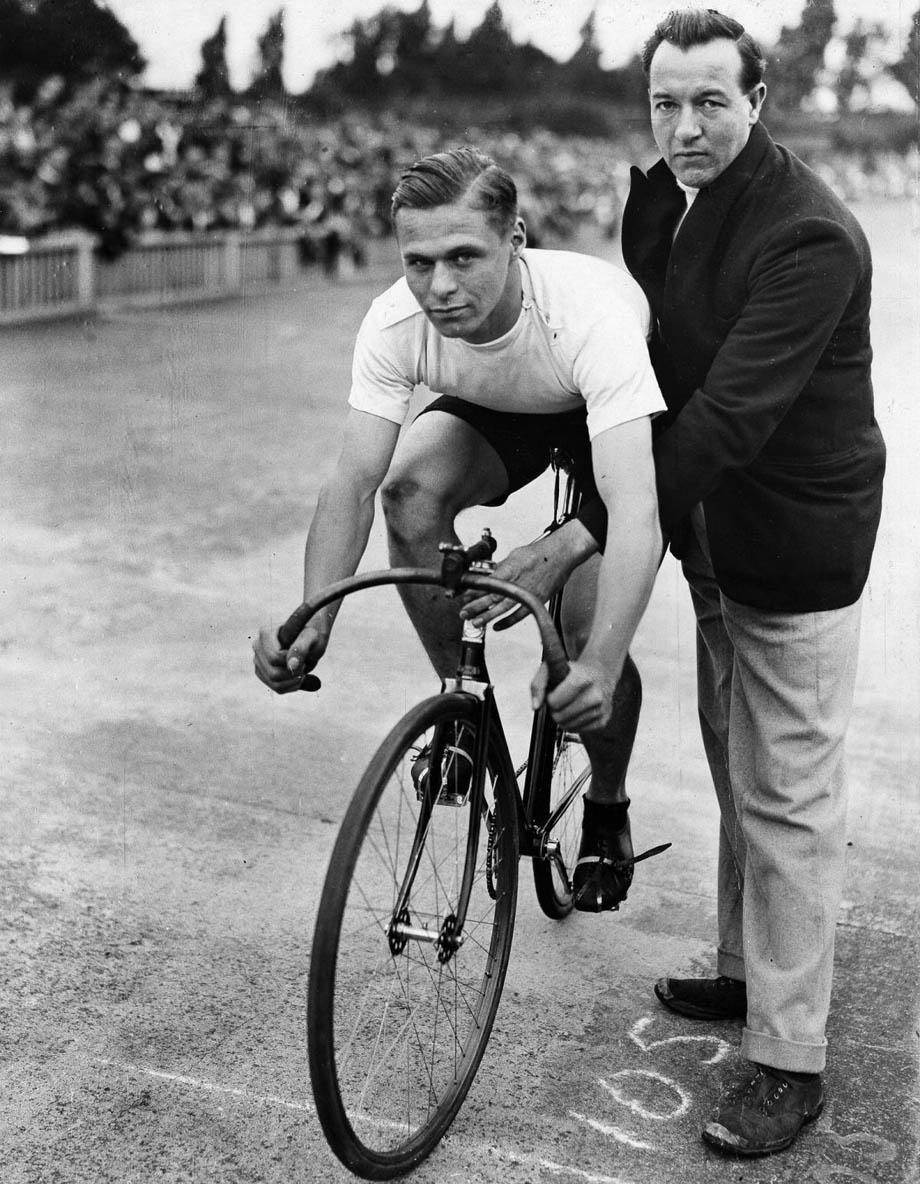 Cologne was not to forget one of her favourite athletes and gradually the story of Teddy Richter’s life resurfaced. In 1996 the track at the Cologne Velodrome was named for him. In 2005 a documentary on his life was shown on the ARTE television channel. Cologne author Renate Franz's book about Richter, "The Forgotten World Champion", was published in 2007. In 2008 Richter was inducted into the German Sports Hall of Fame and a street named in his honour in Lörrach in 2009. 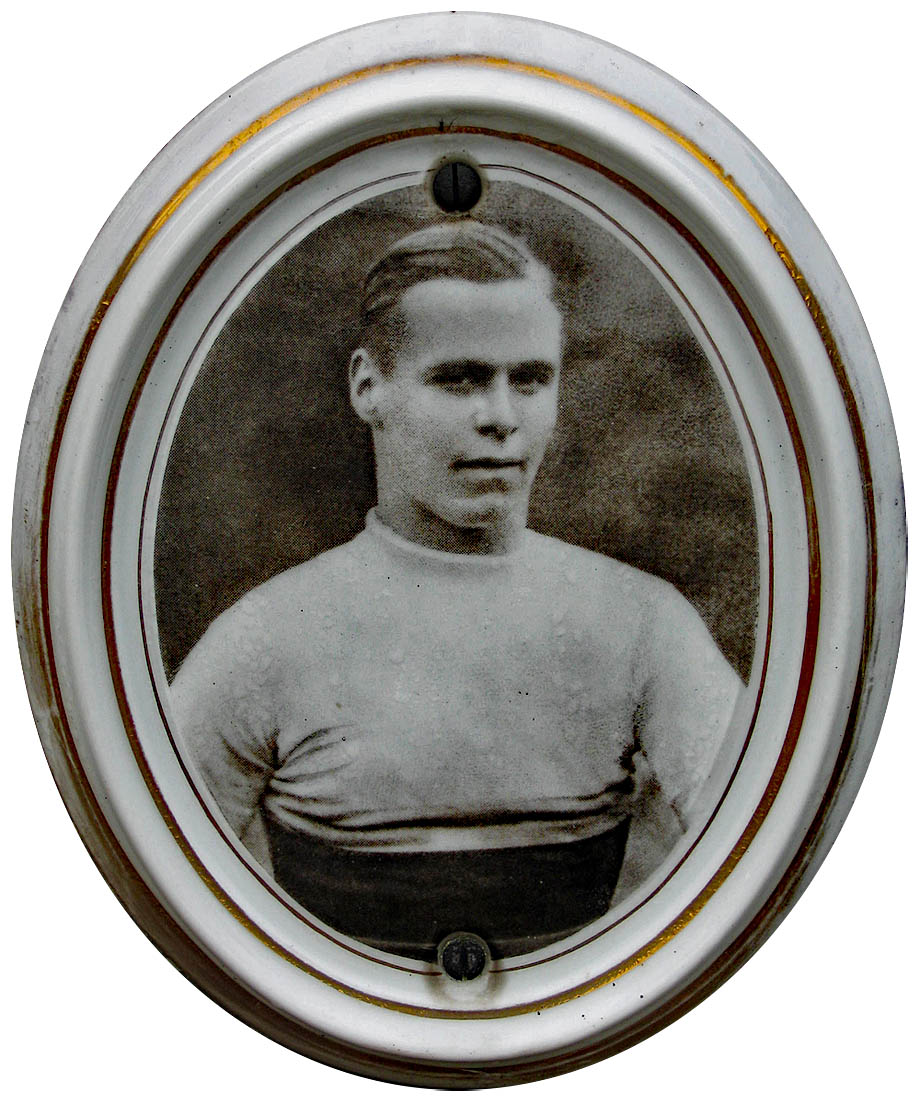 The aim of totalitarian states is to wipe out remembrances of those they persecute but Teddy Richter, a fine athlete and popular sportsman, has not been forgotten.

In October 2012, Leslie Reissner rode the “Tour de Respekt” in Cologne, a 40 km tour of the city with police escort, which began where Richter's parents' house had stood and ended at the Teddy Richter Velodrome, where celebrations took place to mark what would have been the cyclist's 100th birthday.