The best negroni bars in Italy are often discovered by accident, or when you least expect it.  Early on in my 17 year career chasing the modern Giro d'Italia I began logging the best negronis, bars, and ristoranti as my travels took me to all corners of Italy.  Here are 4 of the best negroni bars, places to eat and stay at the 2019 Giro.

We took a big view of the 2019 Giro d'Italia corsa here, but this race gets a lot more interesting when you dig a little deeper...

Stage 1: Bologna - San Luca TT
The opening stage of the Giro d'Italia is an 8.2km individual time trial from the very center of Bologna to the top of the San Luca climb.  This is handy because the adjacent Piazza Maggiore is also an excellent place to sip a celebratory negroni - before, during, or after the stage.  I've stopped here a few times in my travels and always favour a seat at one of the big cafes under the porticos, casting a lazy eye at the tourists, locals, and persons of questionable immigration selling the fake designer handbags. 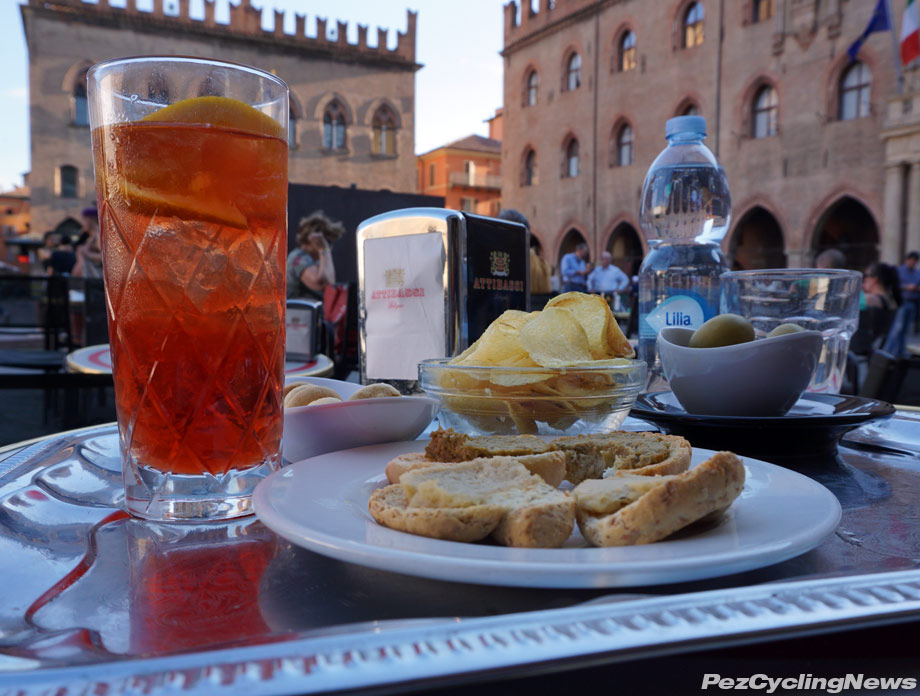 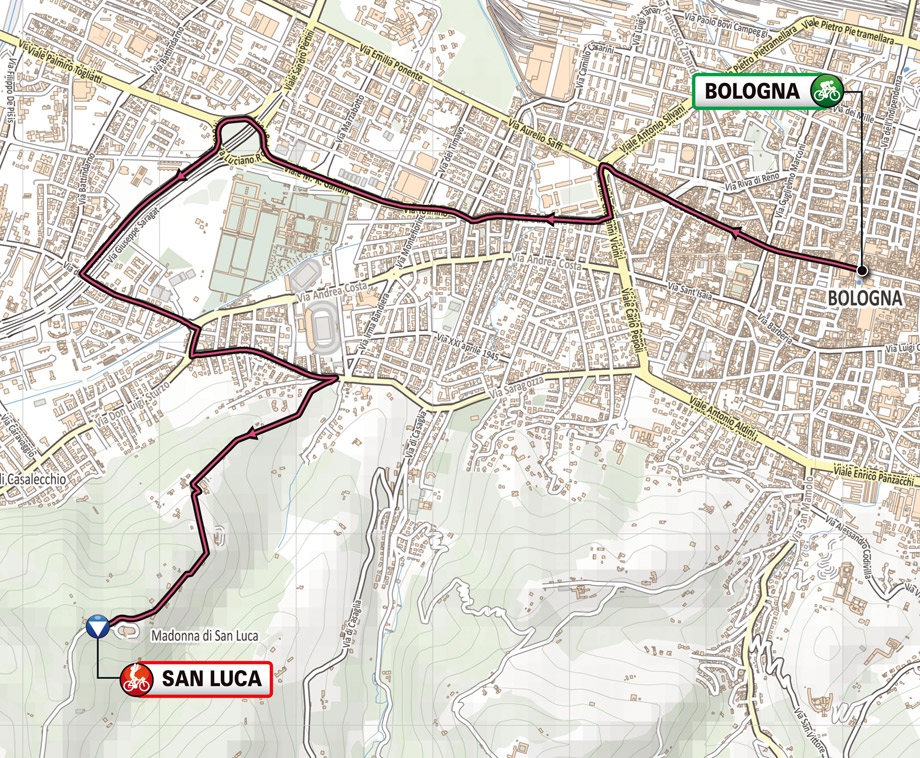 Also handy is one of my favorite restaurants in all of Italy the famous Ristorante Donatello -  just a short walk away along the main shopping street - via dell'Independenza. 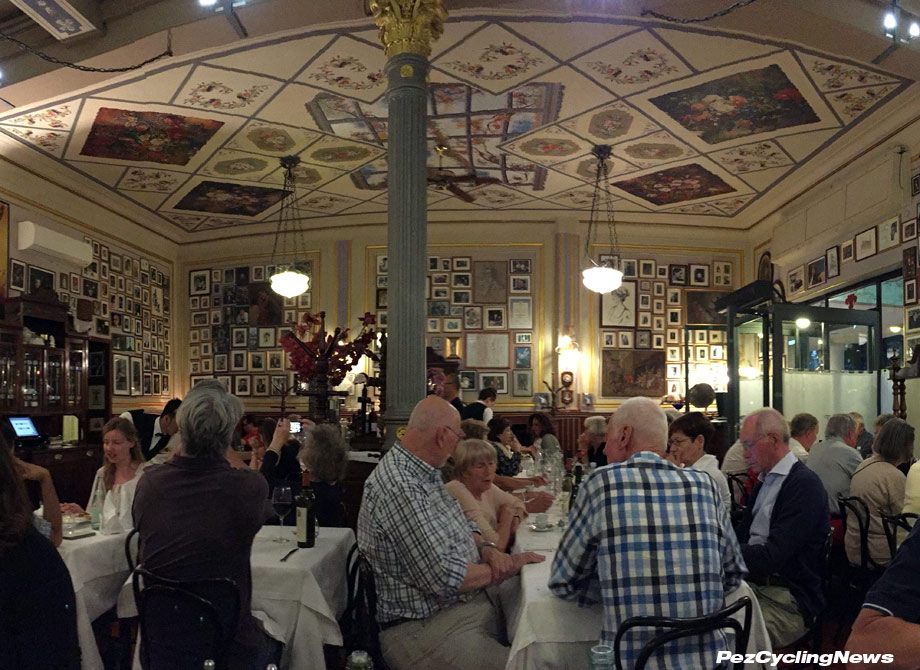 And of course you're having the Bolognese - they offer a variety of dishes prepared with the famous ragu-style sauce - and it's delicious.  The space is a beautiful room with soaring fresco'ed ceilings, and the expansive walls are literally postered with framed photos of Italian and international celebrities who've dined there over the past 100+ years. 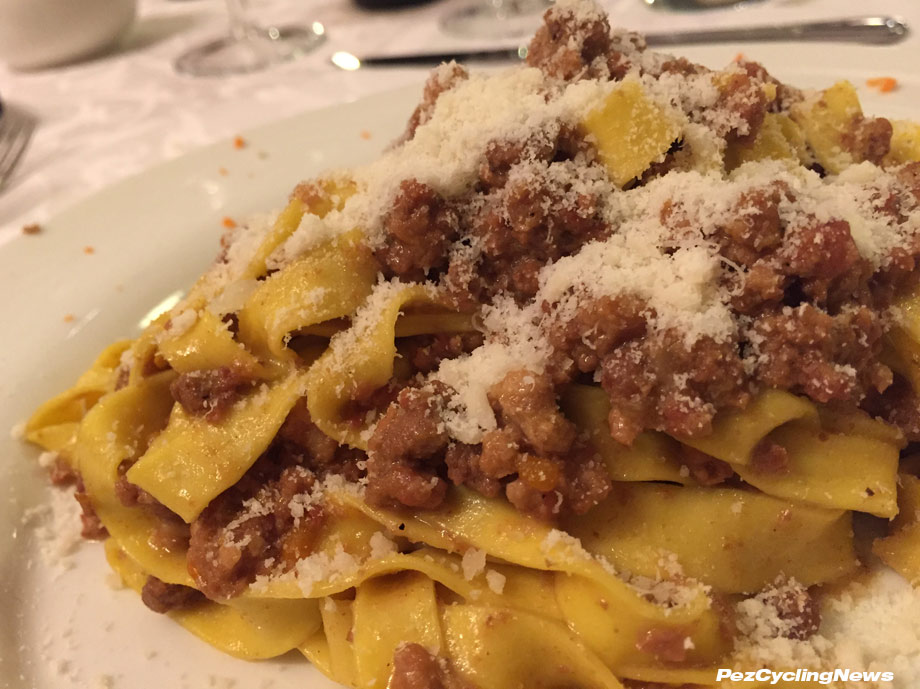 The capo is named Ferruccio - a silver haired fox who still has the kavorka, and keeps a cool eye on the room, no matter how packed it is.  On my last visit, I ate only half my plate of pasta, needing to save room for the next course - a succulent tagliatta grilled with rosemary and pepper.  The capo spotted my half eaten plate from the other side of the room and promptly made his way to my table to enquire what was wrong with it.  He seemed satisfied with my explanation, and I liked his genuine concern. 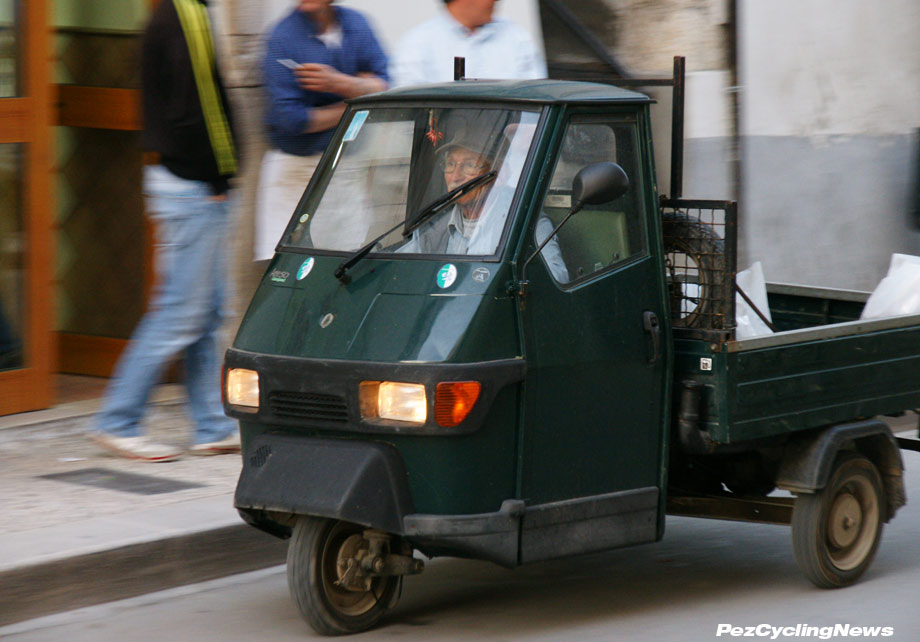 Stage 6: Cassino - San Giovanni Rotondo
It's a 233km crossing of the boot from west to east, passing through the valleys of the Appenine mountains, by "cowboy town" (according to Alessandro) of Foggia, to the hilltop finish in the centre of the Gargano peninsula.  This will be a stage either for the breakaway, or a rider like Sagan, or Valverde (or both).  The region though, is largely unknown outside of Italy, which is a shame because the lush green hills, flat sandy beaches and shimmering Adriatic Sea make it one of the the most beautiful parts to visit, and enjoy a negroni. 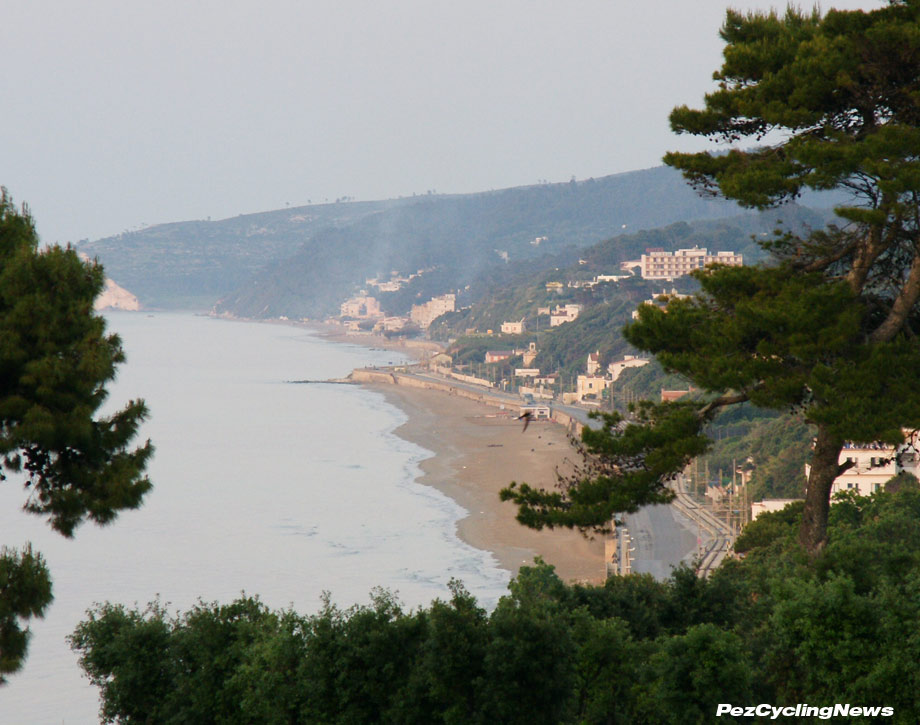 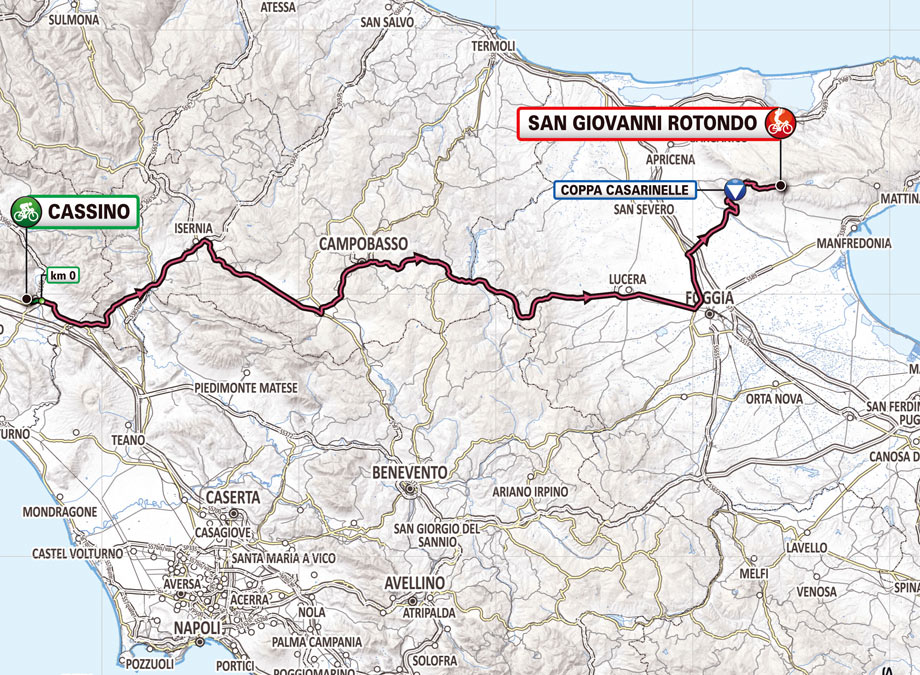 The economy here is mostly tourism, and the number of beach hotels confirm it's a popular place for summer crowds, and you can expect it to be packed in the summer months when all of Italy closes up shop and heads to the beach.   But the overall lack of industry, and people, means the roads are quiet, and life moves a bit slower out here. 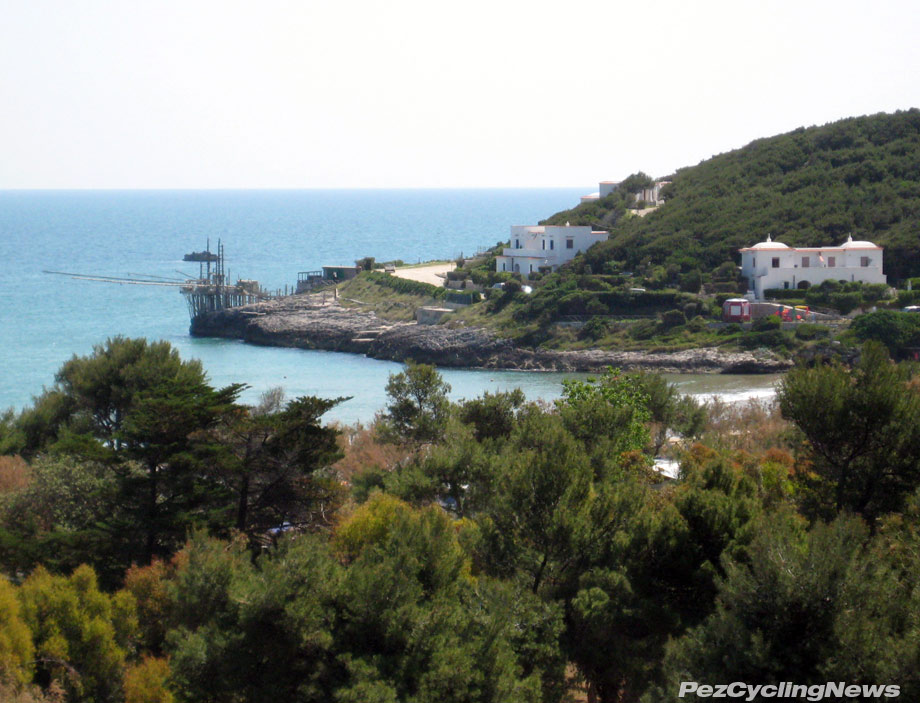 I was in nearby Peschici for a stage finish in 2008, and distinctly remember filing my report early enough that I actually had time to stroll around the medieval town, and settle into the main piazza for this well deserved negroni. 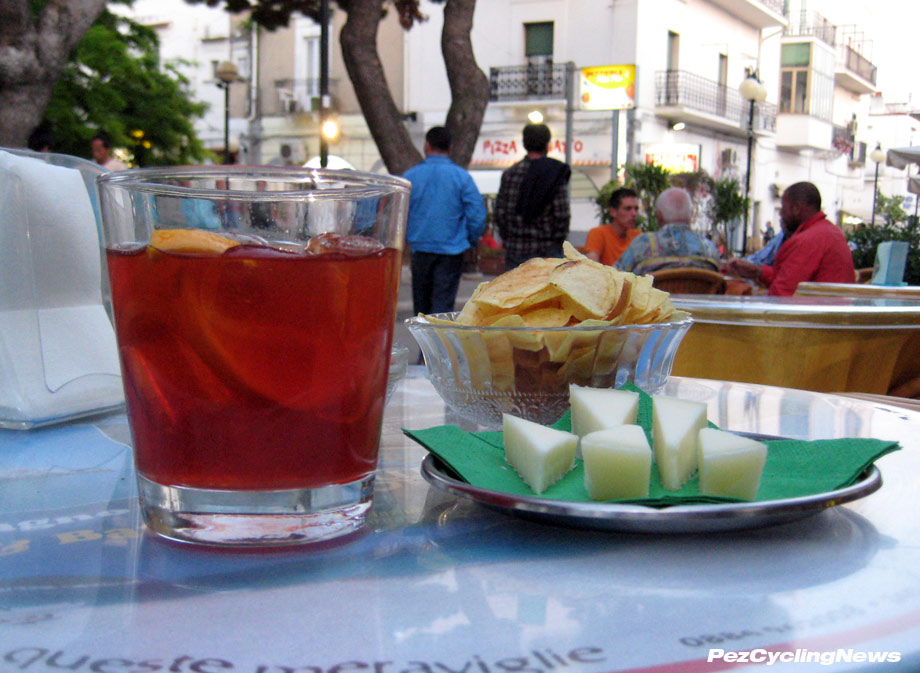 After an apertivo, you'll be dining on freshly caught seafood, accompanied by a cool bottle of Puglian vino bianco  - I went with the mixed grill at a local ristorante - called Ciccio a Mare . 'Ciccio’ is short for Francesco, who owns it, and it's worth a visit. 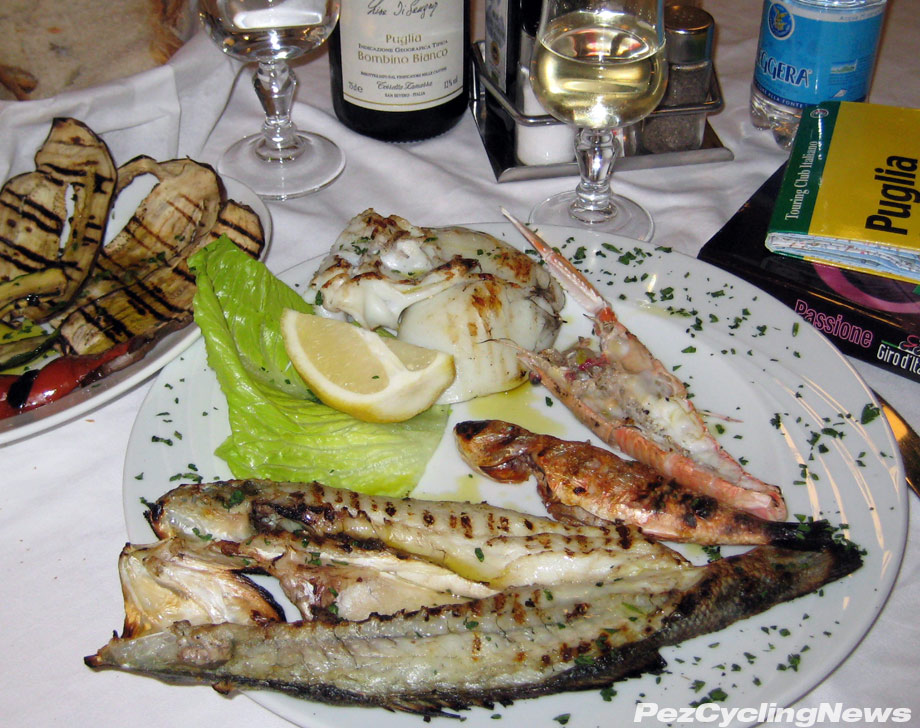 Things quiet down pretty early over here, but the longer days of May and warm temps are perfect for an evening stroll to enjoy the scents and sounds of the seaside. 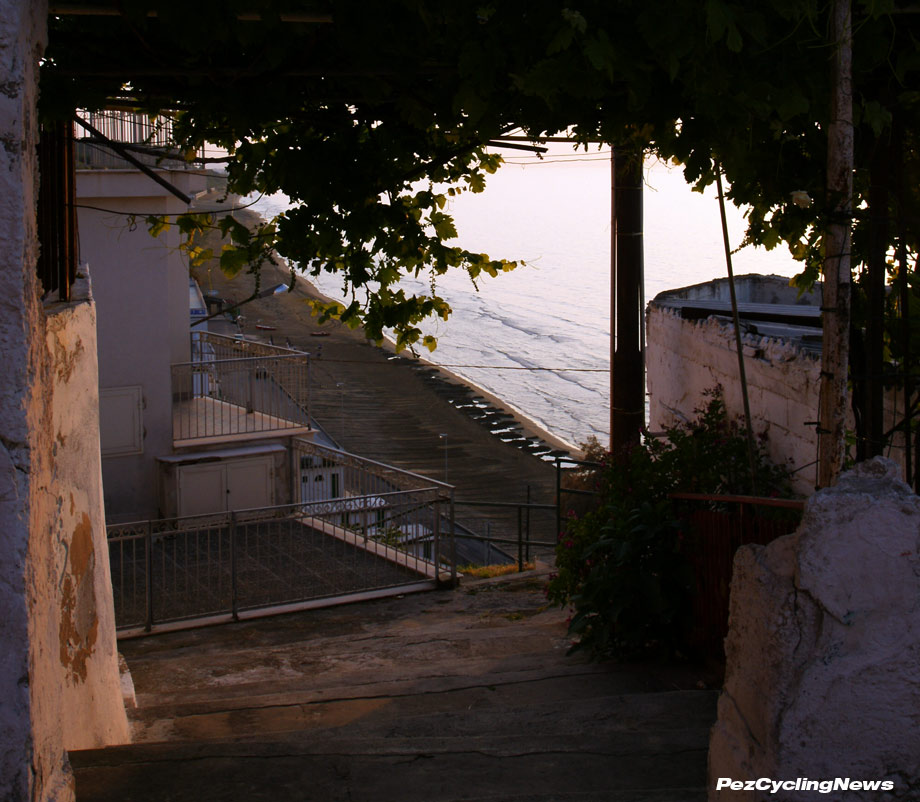 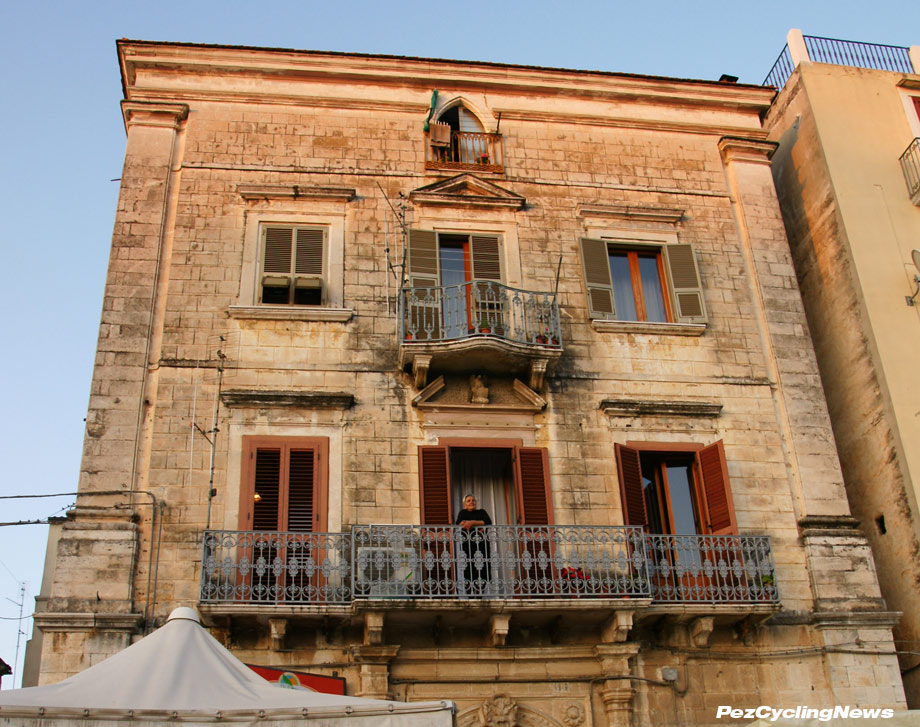 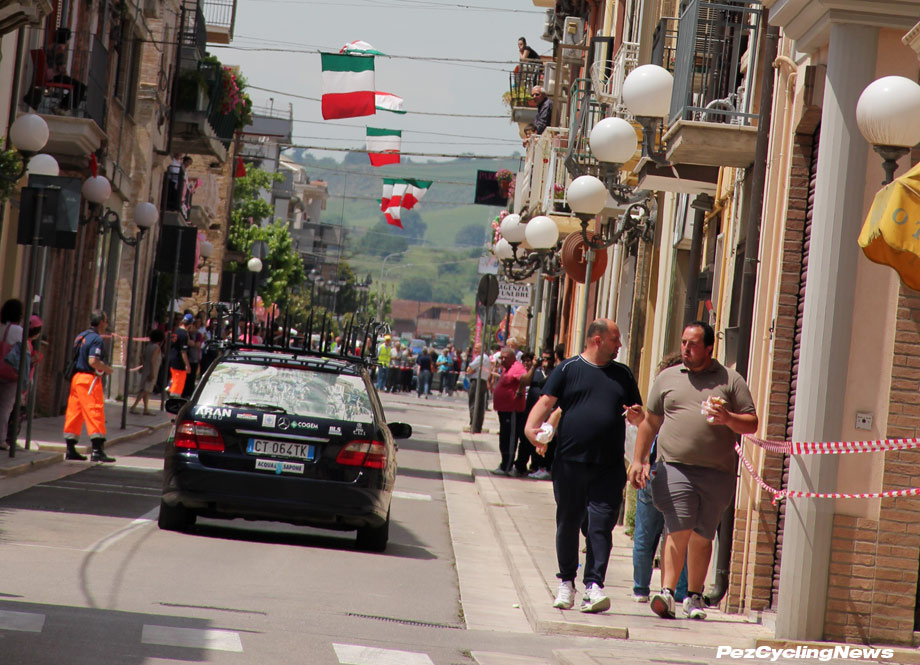 Stage 12: Cuneo - Pinerolo - Bring On the Alps
Both towns are popular stops for the Giro as connectors between the Ligurian Coast / Lombard Plains and the Alps.  I've been through them a few times and the majesty of the snow-capped Alps in the distance is breathtaking.  Their sheer size and elevation elicits pangs of excitement of what lays ahead on the huge climbs, and fast changing weather in May is always an wild card.  My first visit in 1994 was in a blizzard atop Sestriere - it was so bad the tv coverage was cancelled because the planes couldn't fly. 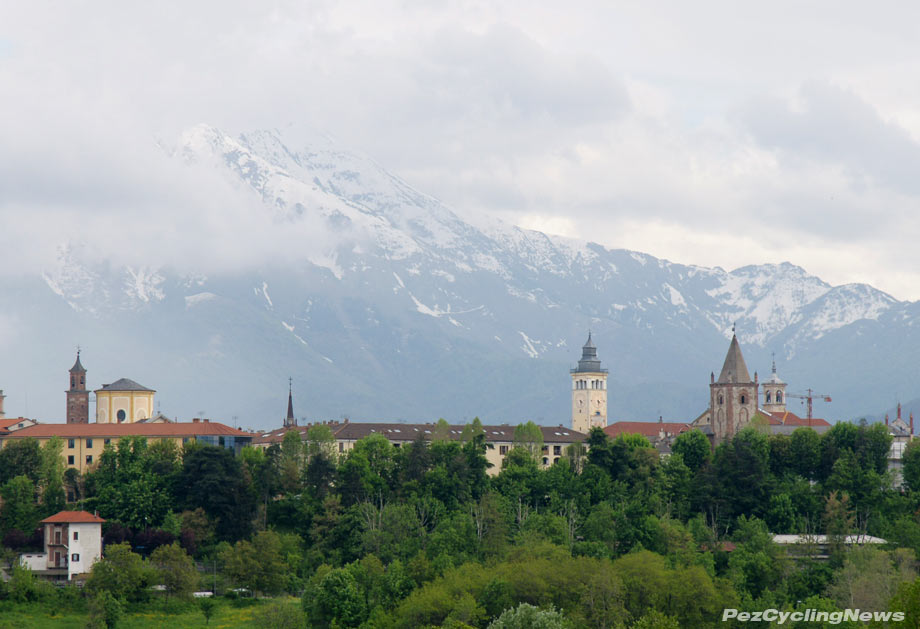 The alps looming beyond Cuneo both invite, and menace riders. 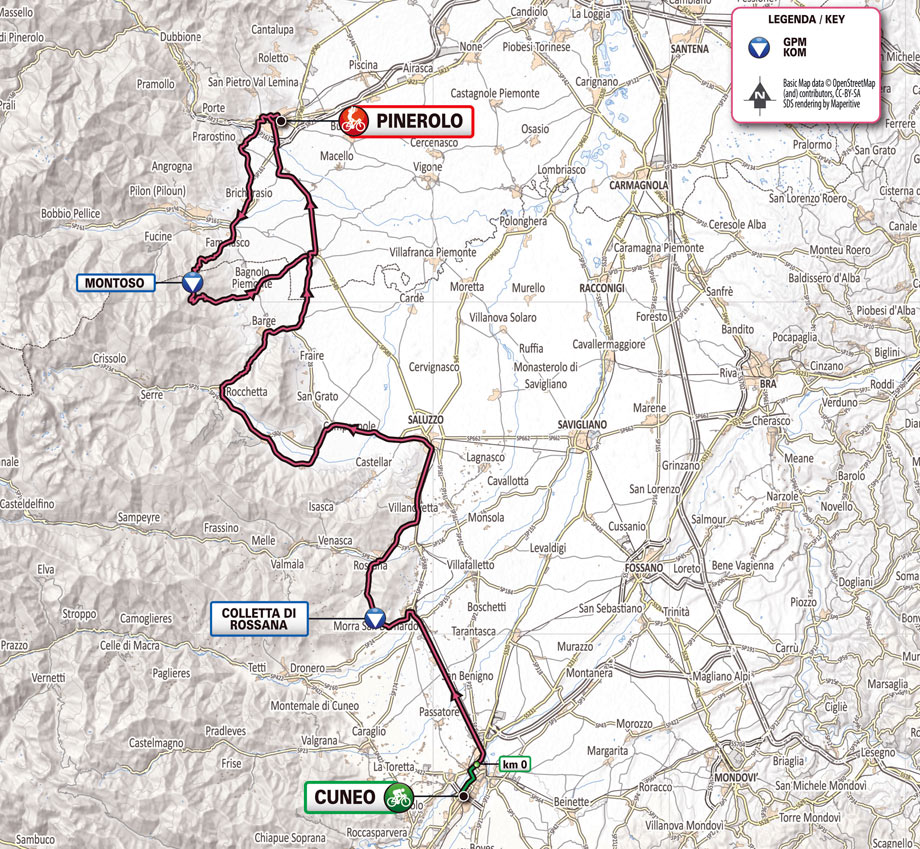 The 2019 stage is short at just 146km, with one medium climb near the end - the Montoso that averages almost 10% over 9km -  that could play well for an escape or the breakaway, but the GC boys will be saving their legs for the big climbing stage of 13 & 14 to follow. 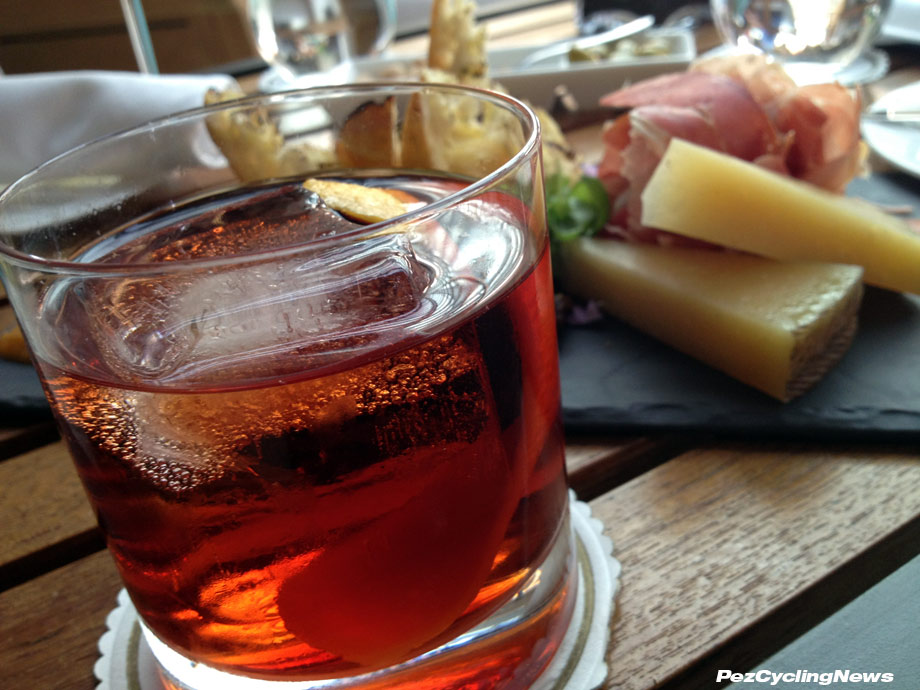 Both towns have lovely main piazzas with portico'd promenades, and plenty of options for sipping the orange elixir. 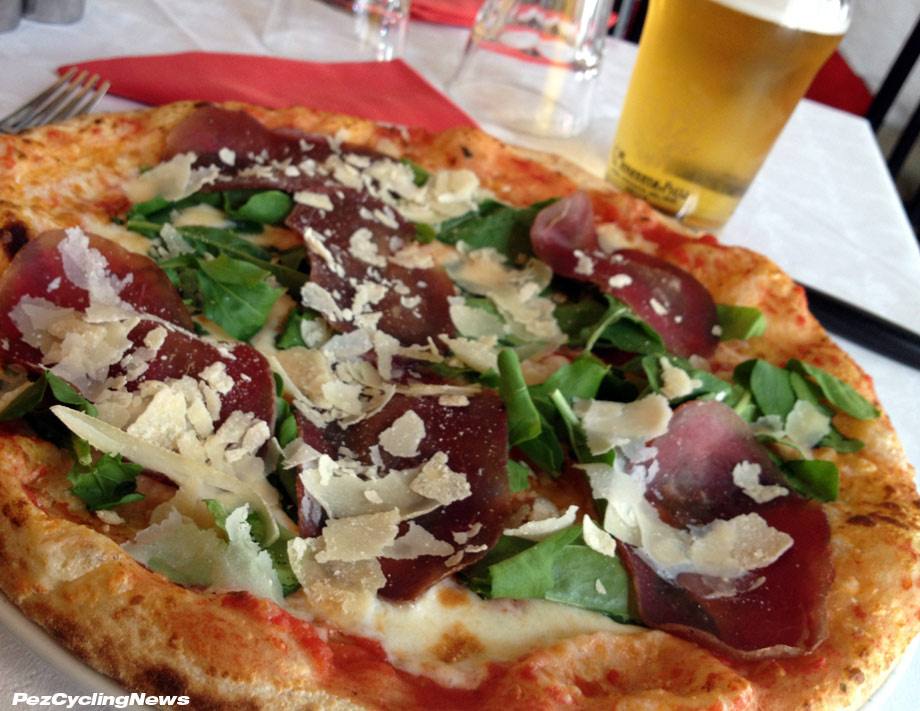 We all know Italian pizza has no equal, and one of my must haves is the pizza con bressaola - cured ham, arugula, and shaved parmesan - perfect for lunch - on or after the ride. 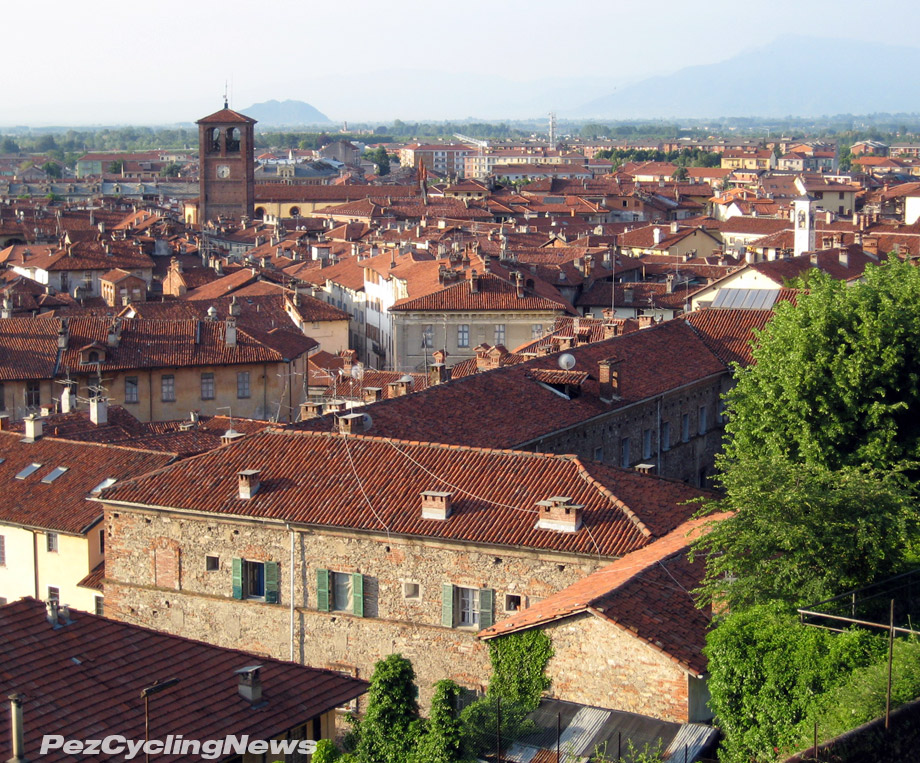 The ochre-tiled roofs of Pinerolo offer a warm haven from the chill of the high Alps just a few kms away.  Here's a perfect base camp for big rides over Sestriere and the Colle della Finestre, and France is just over those snowy peaks - the Izoard, Galibier, and more. 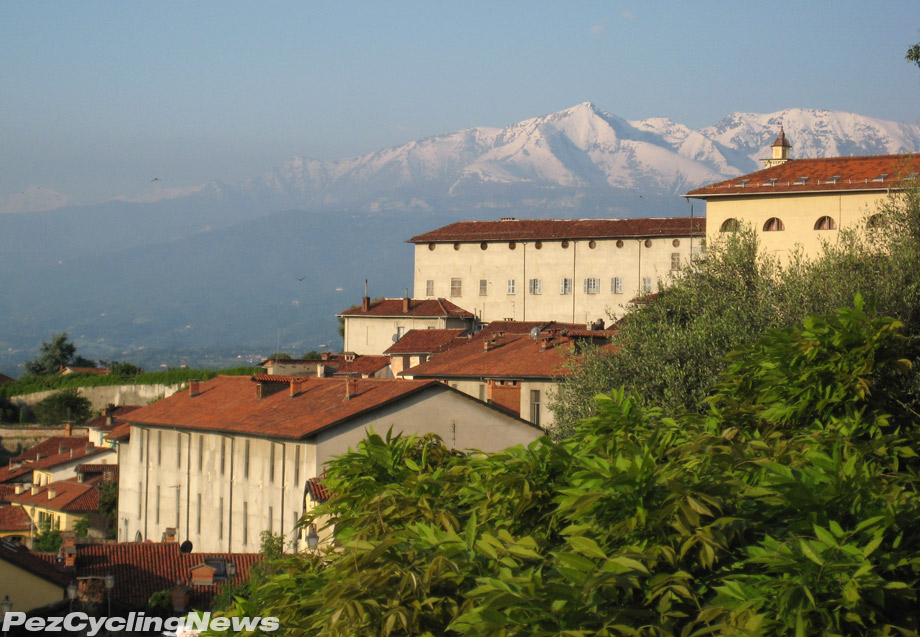 Stage 21: Verona - Bringin' It Home
The final 15.6km individual time trial in Verona will be a scenic capper to the race and a tough final week in the Dolomites, and many will prefer the historic beauty of the ancient Roman colosseum as to Milan's Duomo as a fitting venue to close the race. 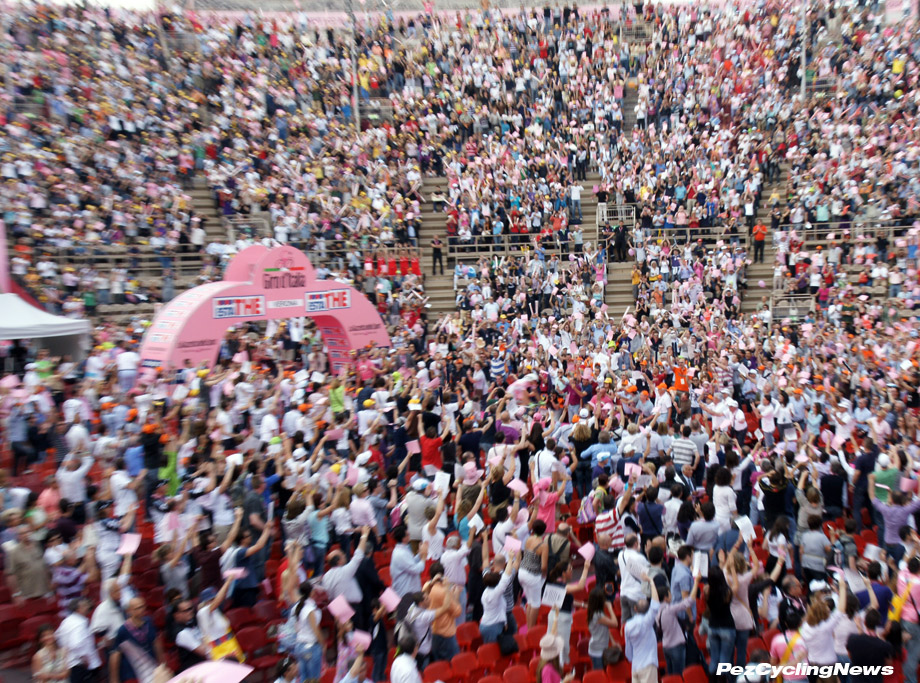 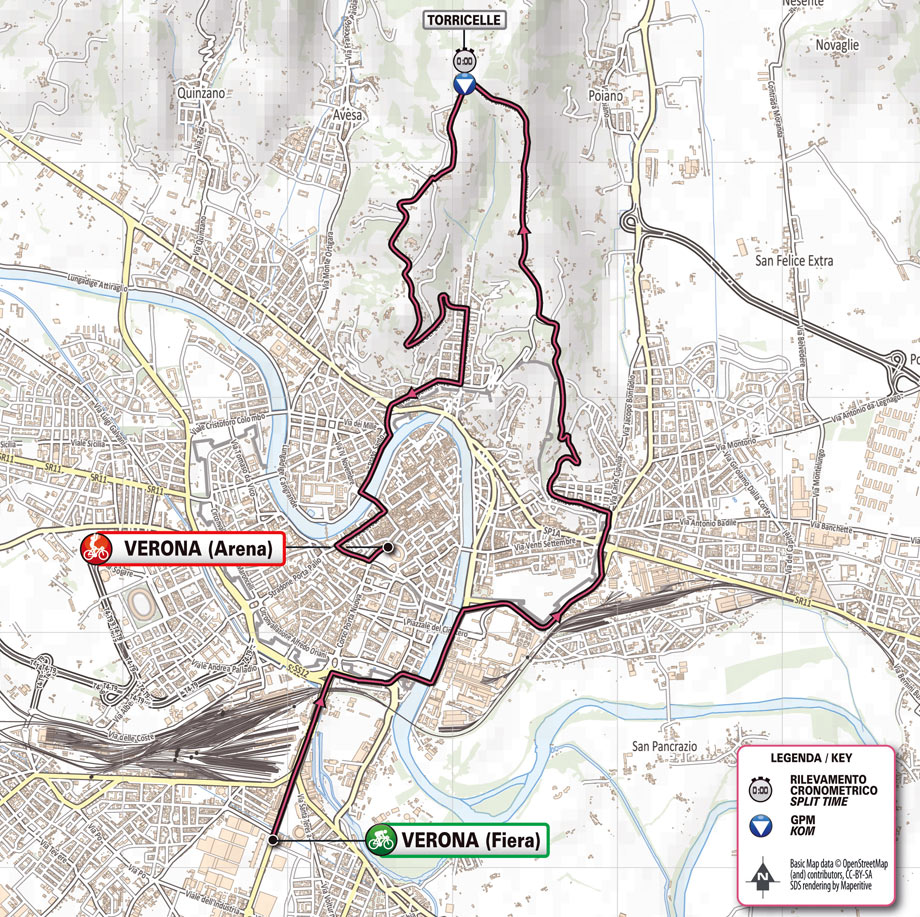 One of my favorite stages to cover of all time was the 2010 Giro finish right here.  It was also an ITT, but that year they funnelled riders right inside the colosseum just after the finish line.  I covered the finish from back stage, and watching the riders finally let go of three week's of tension and work uncovered a rarely seen side of the Grand Tour. 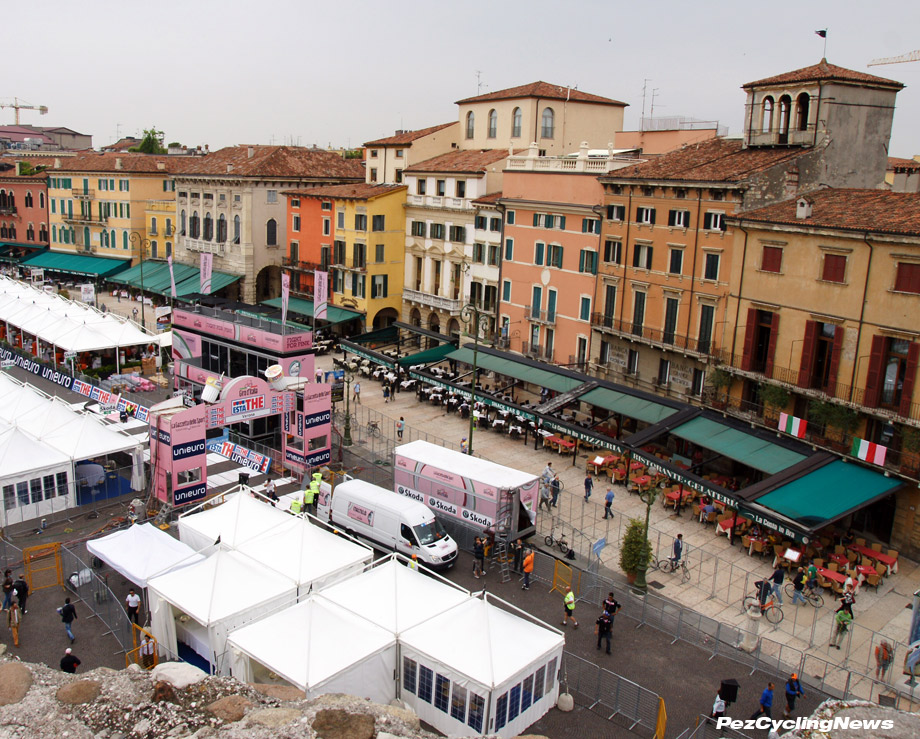 Those bars and cafes overlooking the piazza are ideal for a negroni.  Sure they're a little pricey, but you're paying for the location and the very cool Veronese vibe. 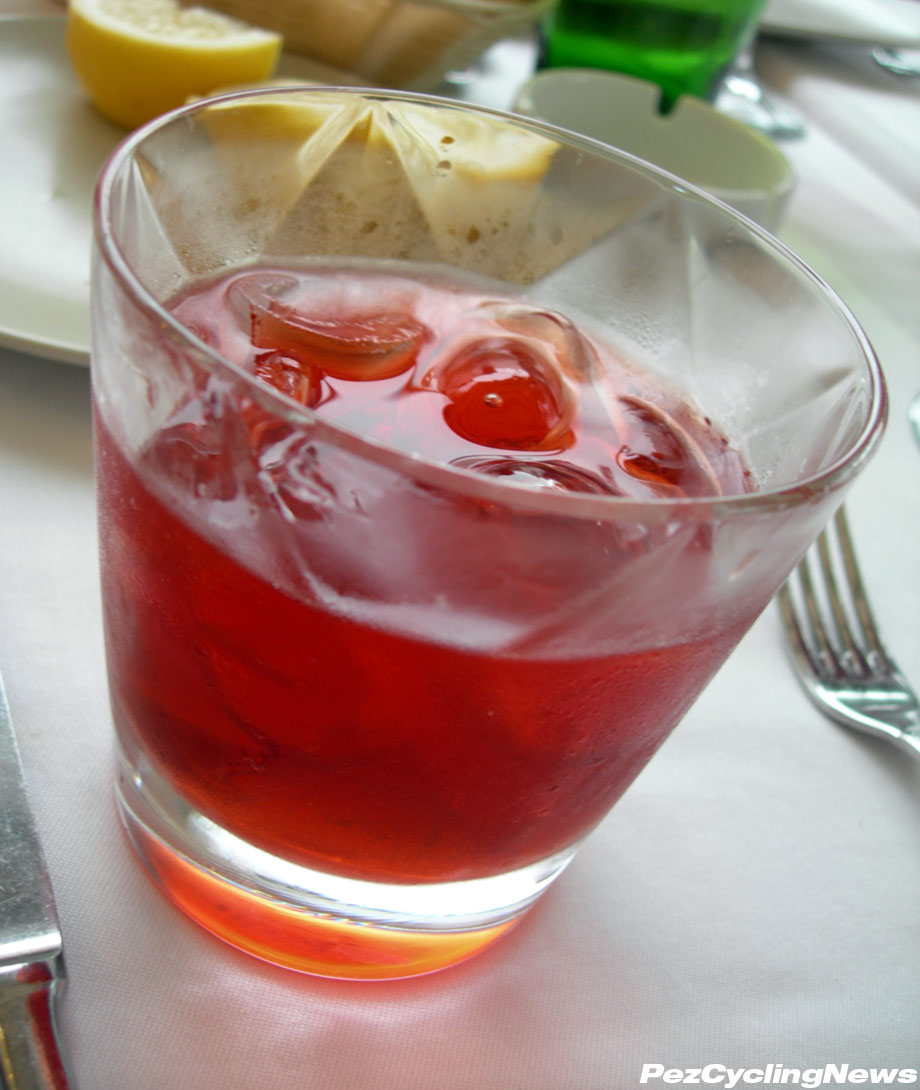 As beautiful as Verona is, you'll want to stay at the even more awesome Garda Bike Hotel just 20kms away on Lake Garda.  I've stayed here many times - including hosting the PEZ Crew for our 10th Anniversary back in 2012.  Brothers Nicola & Alberto run the best bike hotel in the region, and personally guide rides through the area that offers everything form flat to hilly to big climbs, to wine rides. 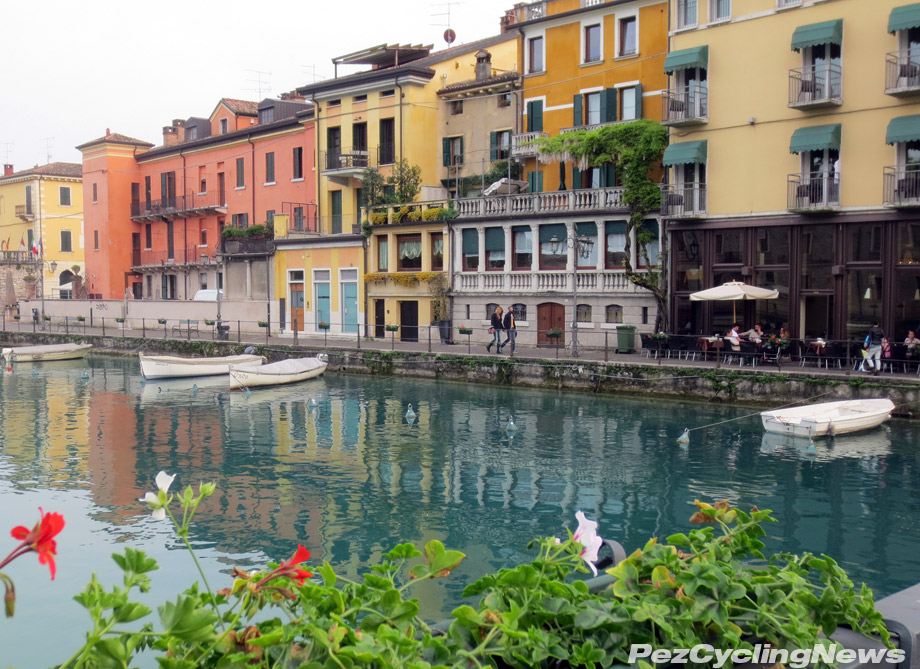 The Garda Bike Hotel also has an excellent restaurant, but ask them where the best cottoletta is and they'll send you back into Verona to a place only the locals know.  The lightly breaded and fried chicken or pork cutlet is pretty much a meal in itself. 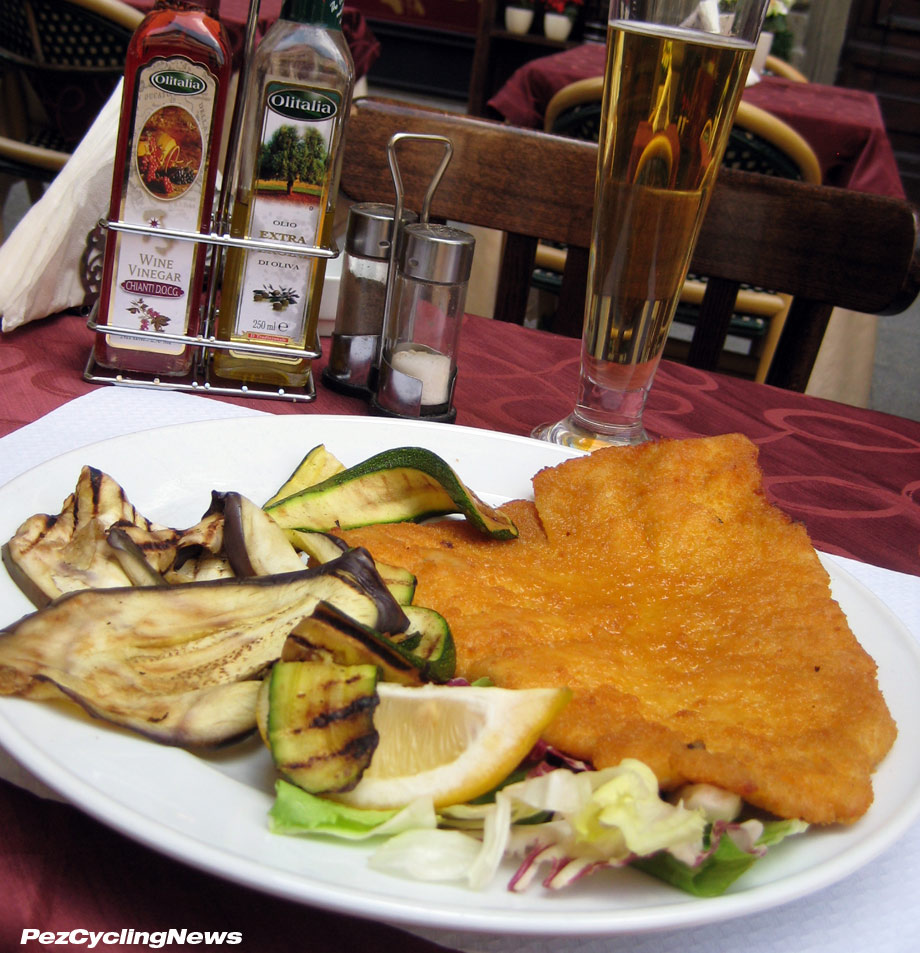 Of course this just scratches the surface as a true guide to finding the best negronis in Italy, but I hope it serves a a decent start. And if you find or know of a place or bar we should check out - let us know!

Thanks for reading - and "cincin"
- Pez 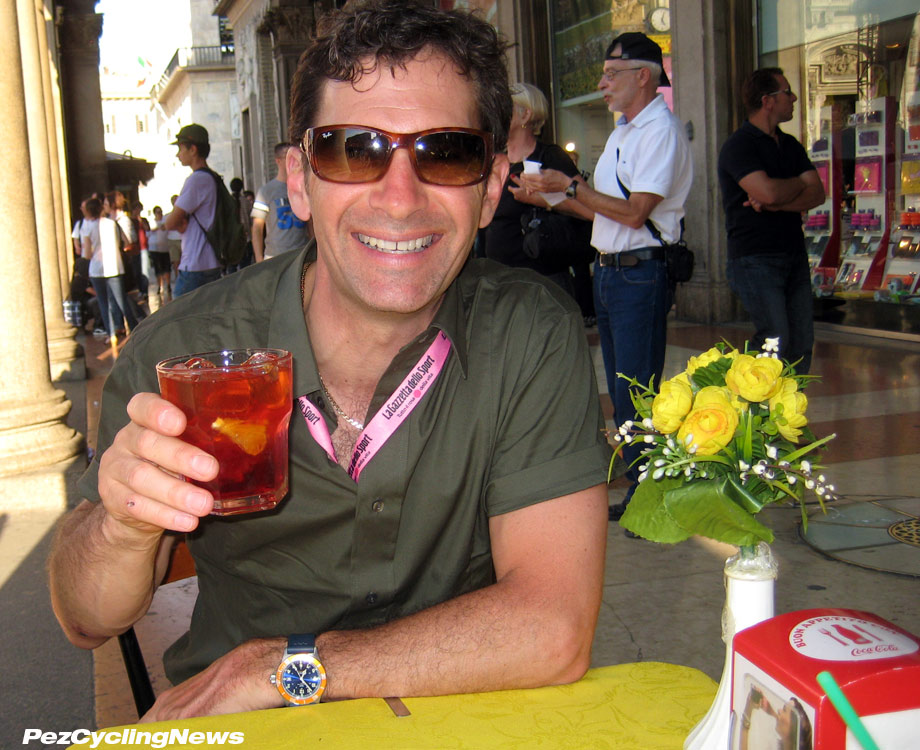