Ed's Giro Photo Album: It's a sad time for Ed Hood, It's looking like he won't be in Italy for the Giro... So as the 2019 Giro d'Italia is about to start, Ed has his Giro photo album out to compile his personal 'Alternative A to Z' of the Italian Grand Tour. We love the Giro and Ed knows the race better than most, take note of his (near) complete guide to everything Giro.

Time to think back over Giri gone by; the highs and lows of the ‘alternative’ Giro A to Z. 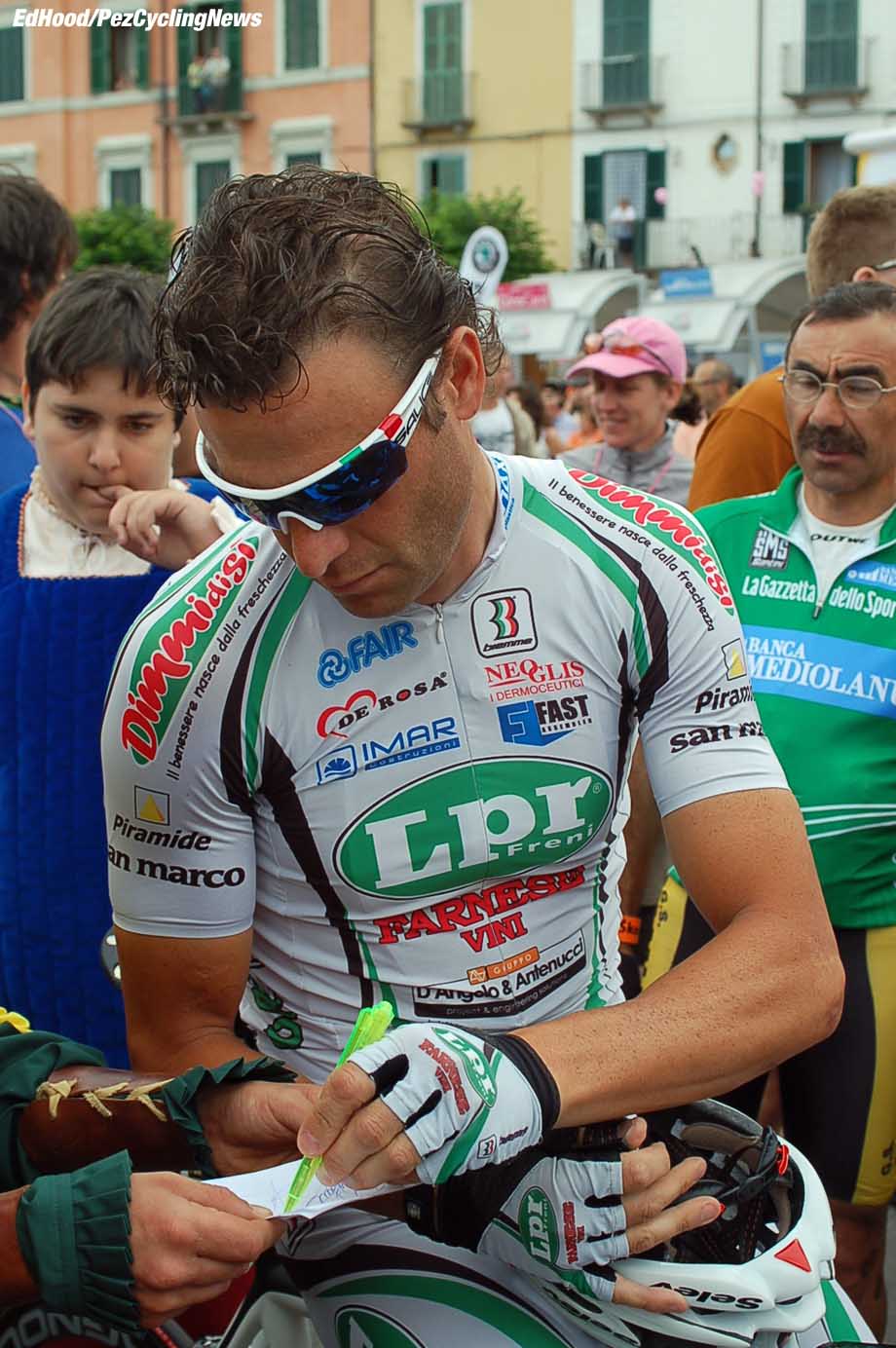 Ale Jet Petacchi: the fastest man in the world on his day – but less prone to tell the world about it than rival and contemporary, ‘Super Mario’ Cipollini. Big, strong, handsome, rapid and just plain cool – we miss him. 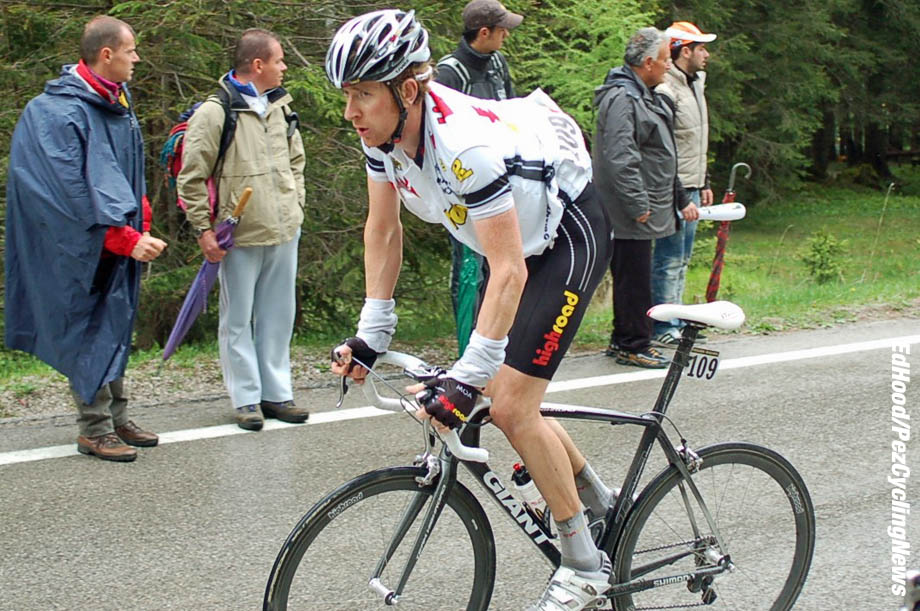 Brad, sorry, Sir Bradley Wiggins: We watched him hop aboard many an autobus – and then he won the Tour. . . 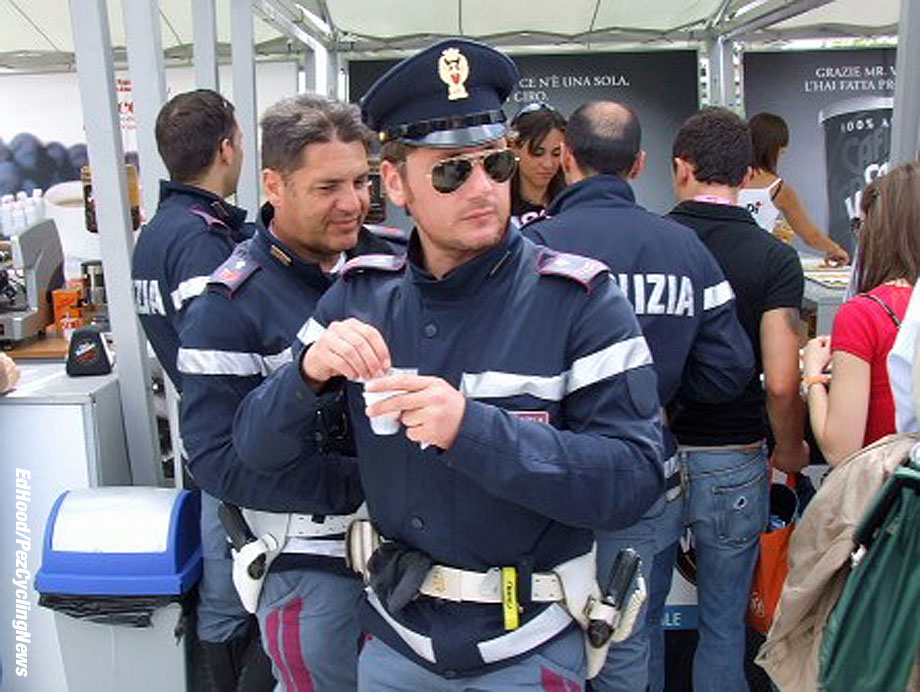 Cool? - even the cops are cool on the Giro! 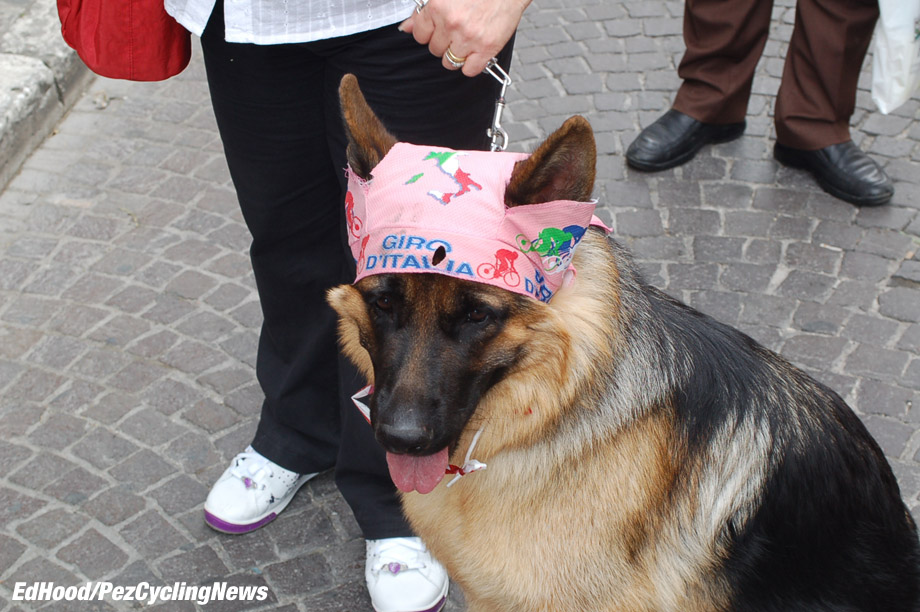 Dogs, yes, even the canines get in on the act. 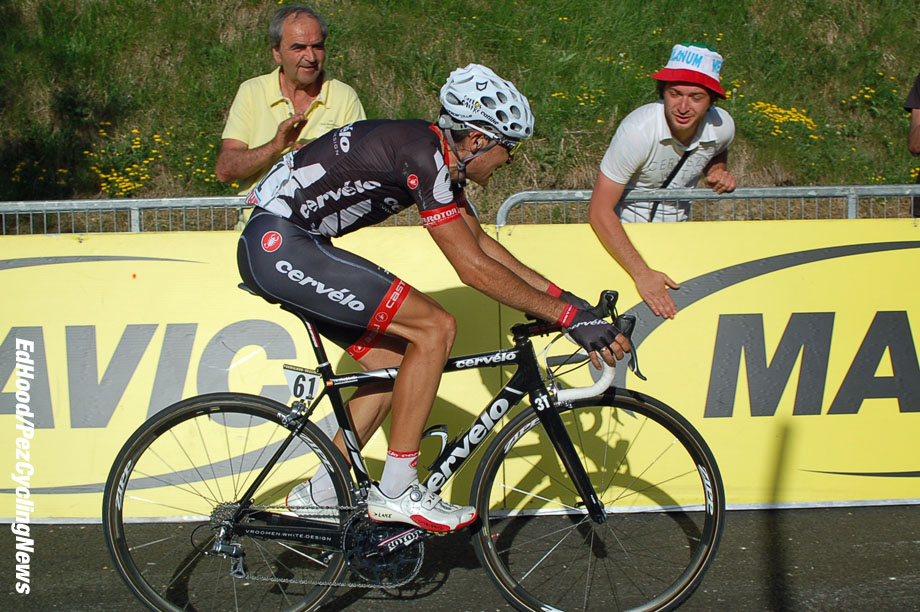 Endless stages: this one, won by Carlos Sastre saw the last riders trundle in after some eight hours in the saddle; and the first climb started at kilometre zero – even Lance was tired. . . 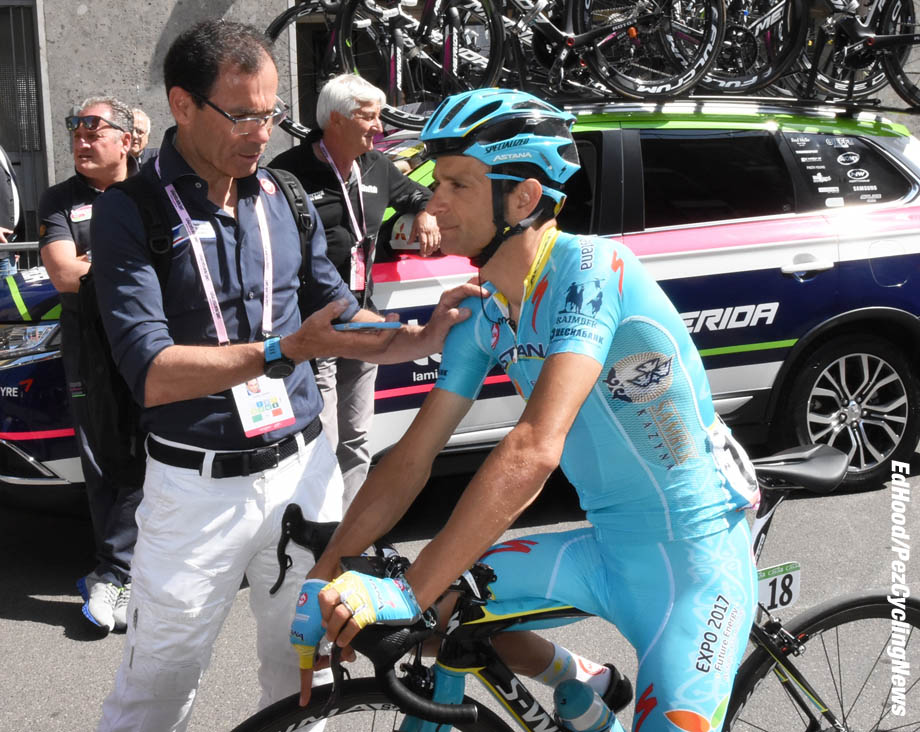 Friends: we lost some along the way; Michele Scarponi was a cool guy, always with a smile, we miss him. 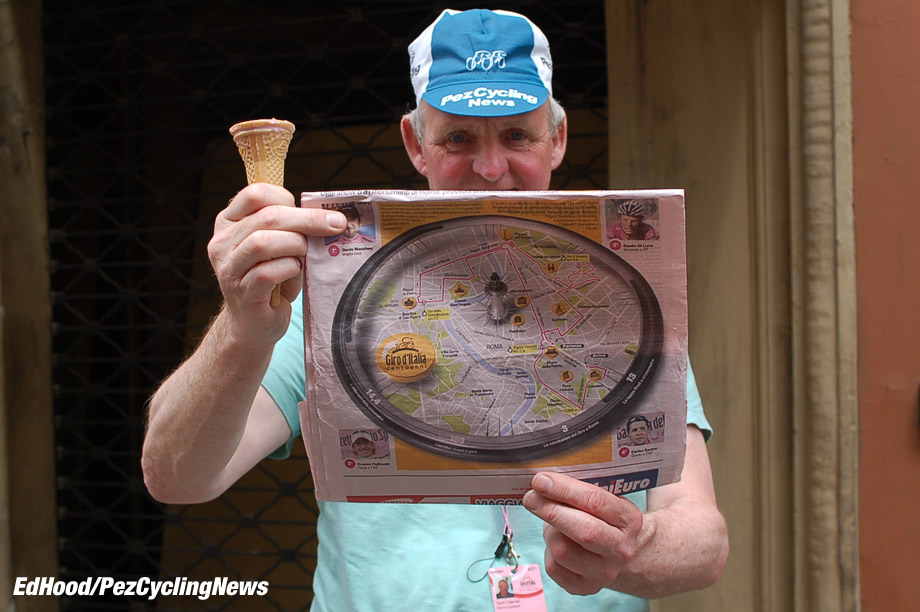 Gazzetta: the Giro wouldn’t be the Giro without your morning pink pages; all the stats, great pictures - best served with cappuccino and a nice pastry. But birra is cool if you don’t get your copy ‘til lunchtime. 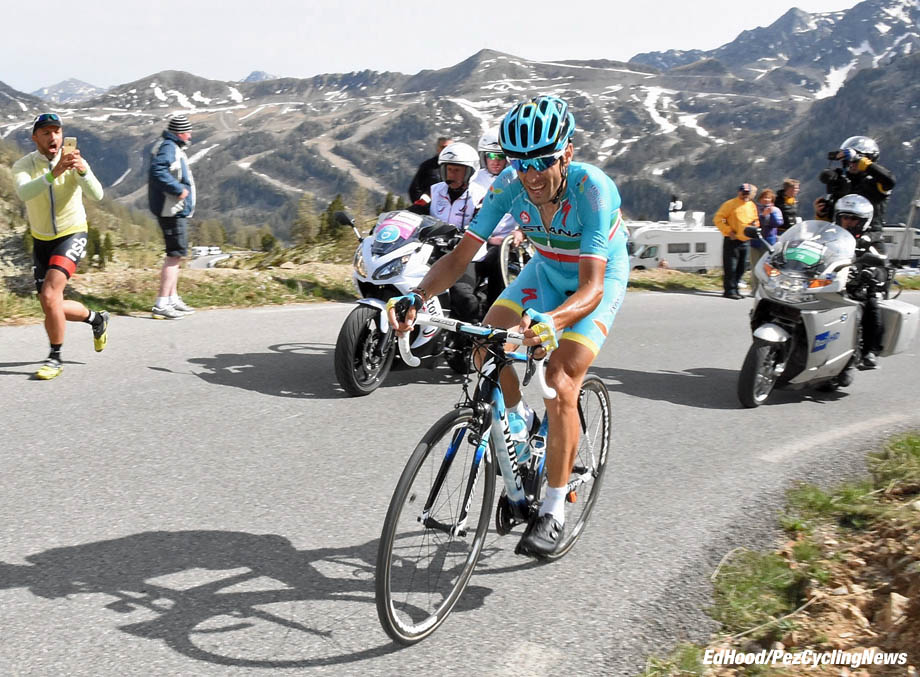 High drama: sometimes you’re just in the right place at the right time; we were right there when Vincenzo Nibali launched the attack which won him the 2016 Giro. 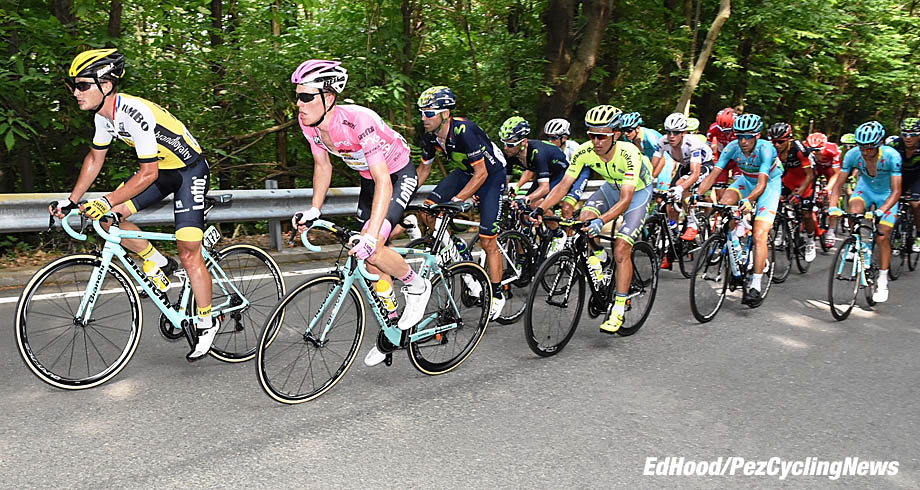 Inspiration: The maglia rosa has great powers to inspire a rider; Steven Kruijswijk was imperious in pink in 2016 but as you’ll read in a moment, there are no certainties in Grand Tour Racing. 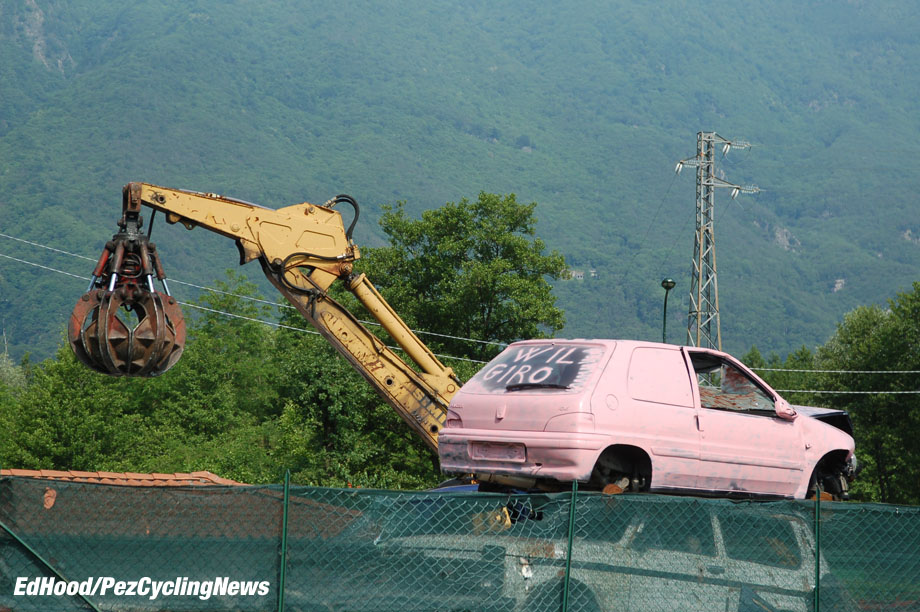 Junk yards: When the Giro comes to town, everyone gets excited, even the guys in the local junk yard. 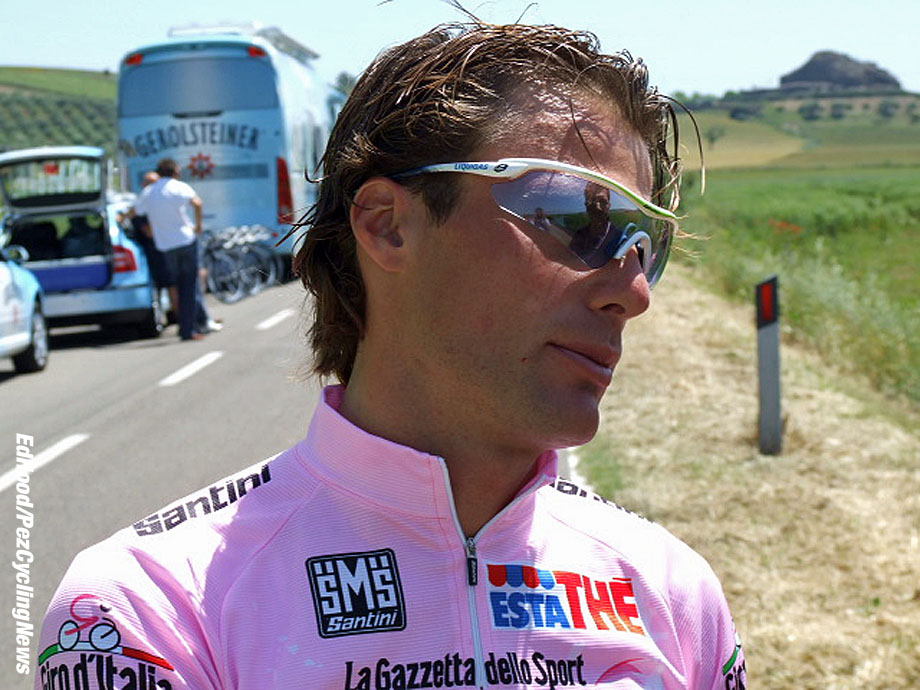 Killer: Is what they called Danilo Di Luca; aggressive, respected by his team mates, loved by the fans – but he just couldn’t understand that the world had turned. I loved his style but he broke my heart – twice. 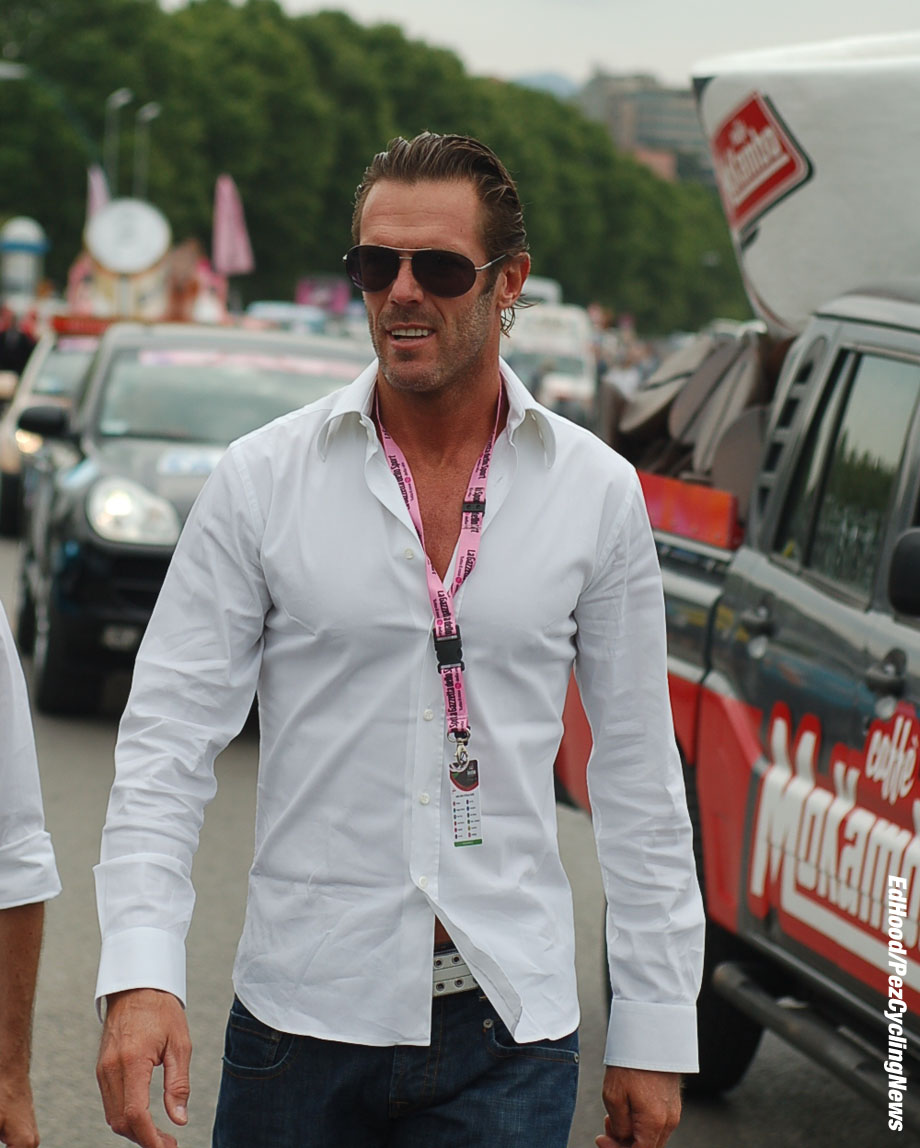 Leone: ‘The Lion,’ ‘The Lion King,’ ‘Super Mario,’ call him what you will – but showman supreme and a winner of 42 stages in the Pink Race (plus 12 in Le Tour and three in the Vuelta). The outfits became ever more outlandish and the fines piled up – but so did the column inches and TV time; a sponsor’s dream. And still never far from the Giro. 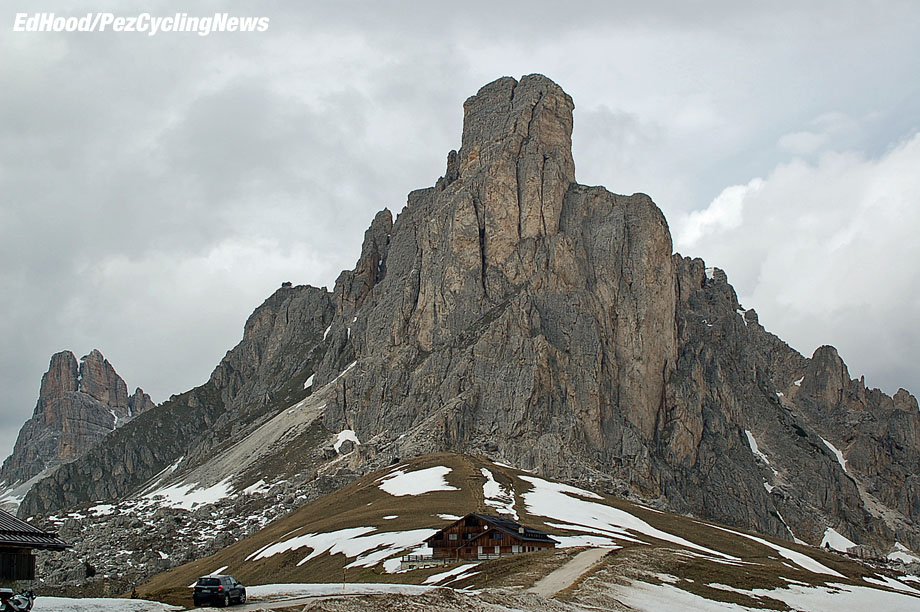 Montagne: Sometimes they leave you speechless. 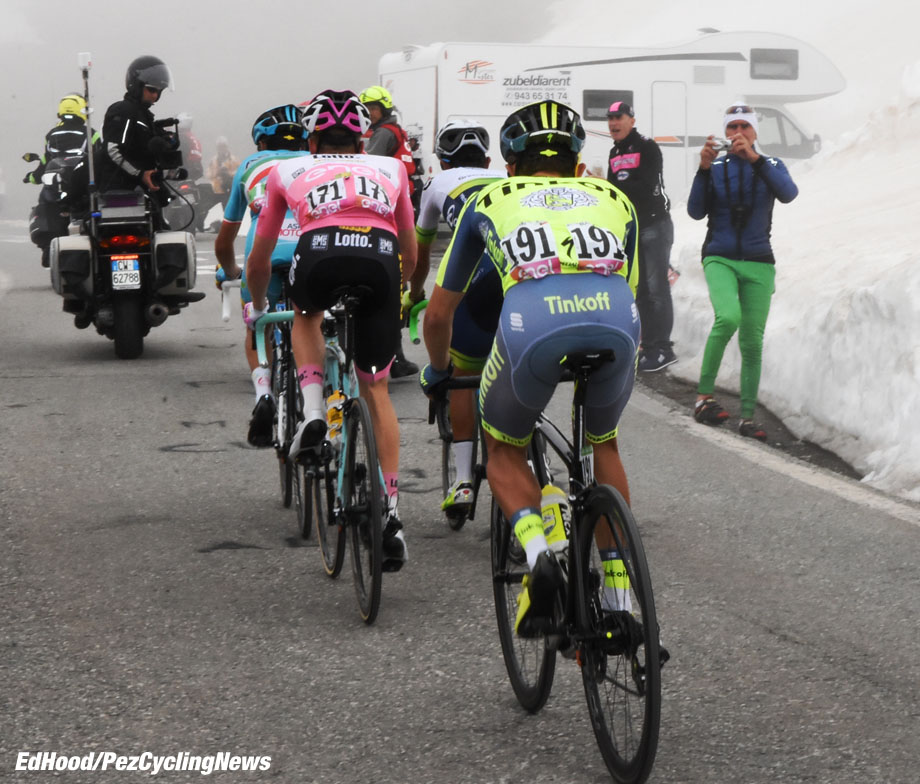 No certainties: When Kruijswijk passed us, high on a snowy and cloud obscured Colle dell’Agnello on Stage 19 of the 2016 Giro he looked great, in control, destined for glory in Turin. Just minutes later he’d hit a snow bank on the descent. Battered and bruised, the dream was over. 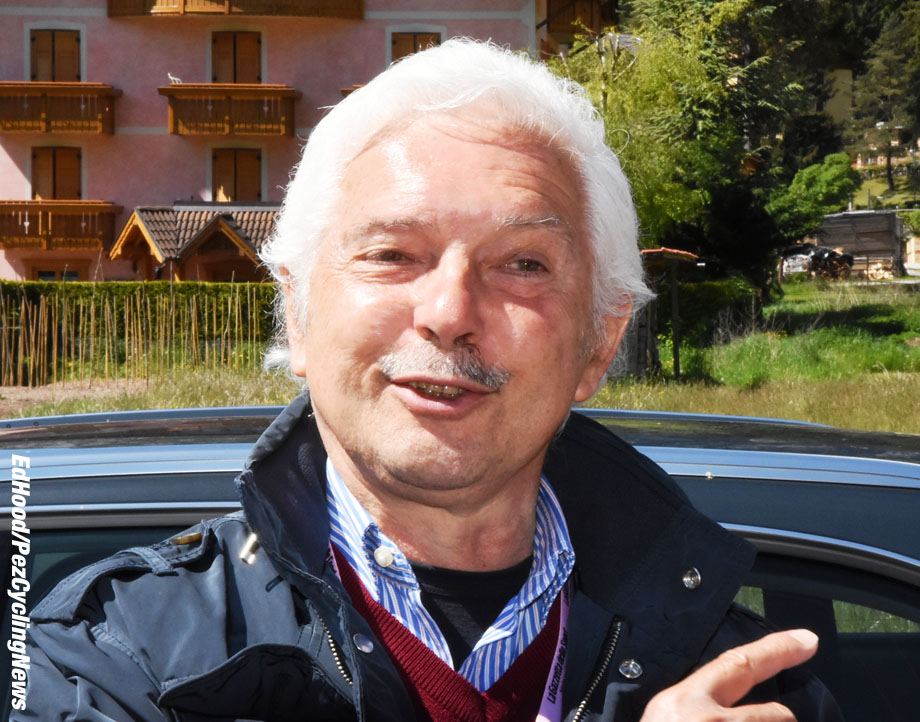 Only fools and horses: was a British TV situation comedy about two ‘wide boy,’ brothers Rodney and ‘Dell Boy.’ There was always a scam or ‘get rich quick’ scheme on the go. Gianni Savio, the Androni main man always makes me think of Del Boy – he’s a man who knows the angles and is not universally popular with the other team directors – or the UCI, but he keeps a lot of riders and staff in a job. Here he was telling us about a young lad he’d bought over from Columbia – a certain Egan Bernal. . . 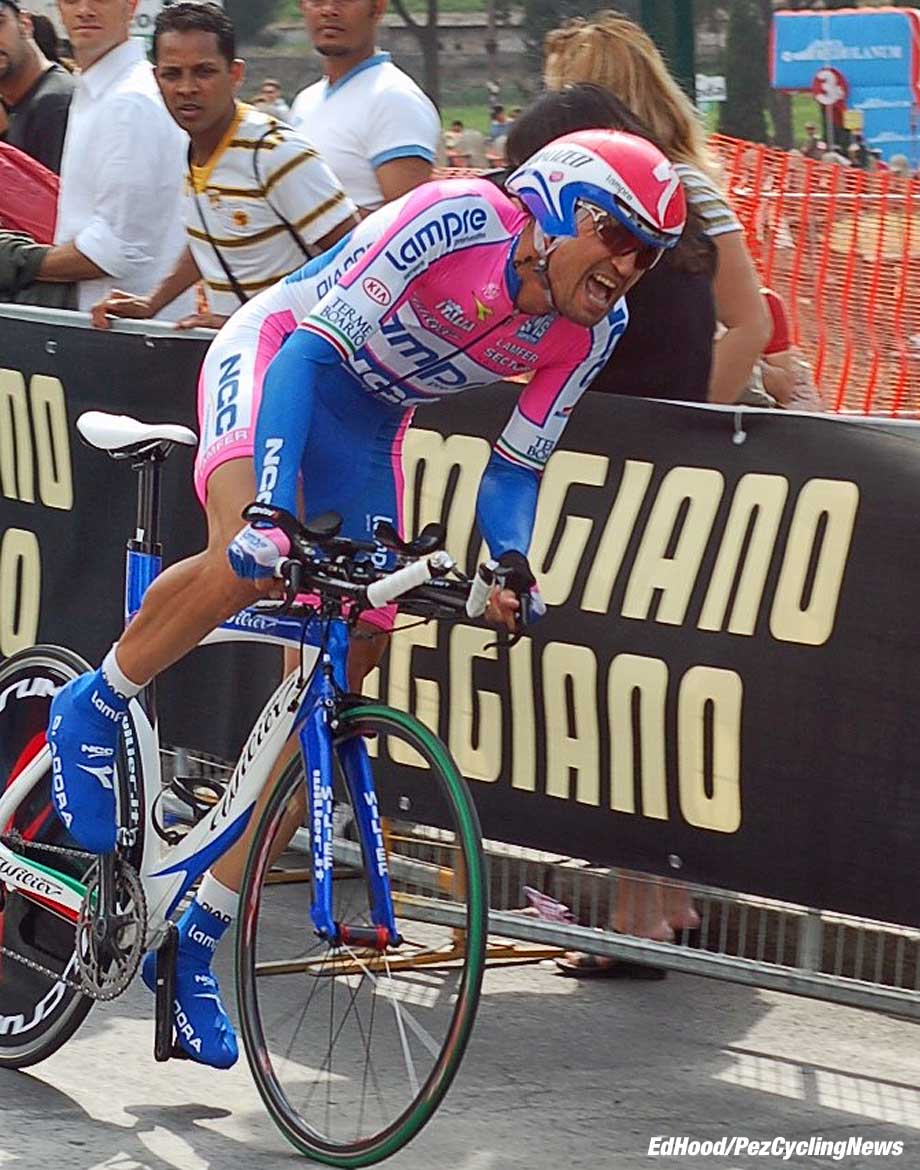 Personalities: They’re getting thinner on the ground; we loved this big ‘man of the mountains’ Marzio Bruseghin – ‘Bruz’. In between running a donkey sanctuary and having a smile for everyone, he won the Italian TT title and finished on the Giro podium. 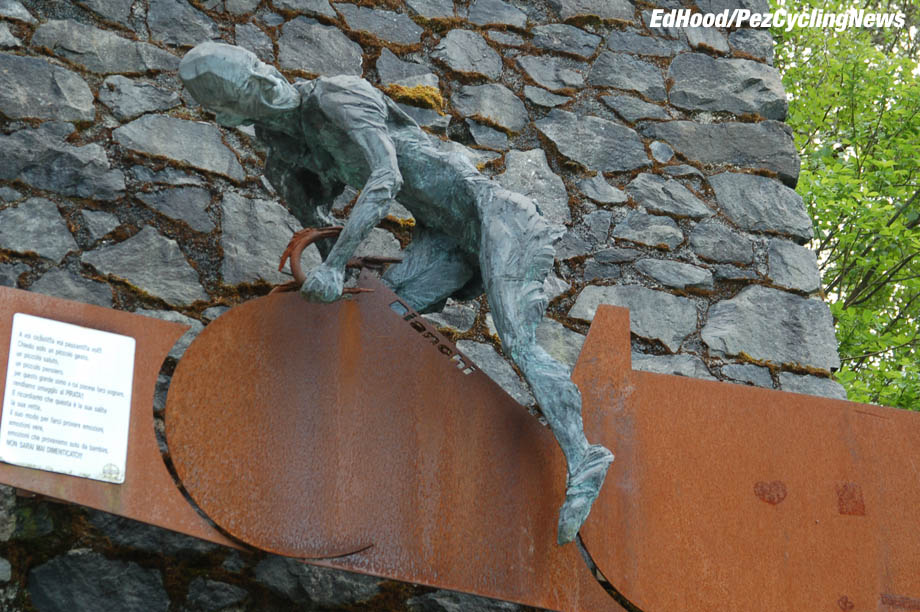 Question?: Marco Pantani - Hero? Villain? Saint? Martyr? You’d best be one of his legion of fans. He may be gone but he’s definitely not forgotten; you’re never far from a ‘pirata’ tribute on the pink race. Let’s hope he’s found the peace that eluded him in his last days. 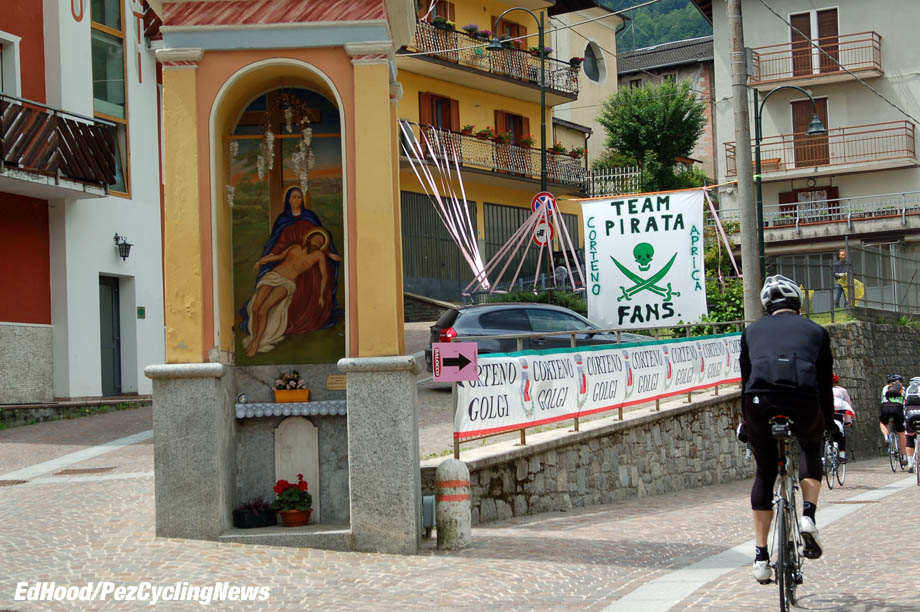 Religion: You’re never far from a church, icon, shrine, monastery or sanctuary on the Giro percorso. Good for the soul. 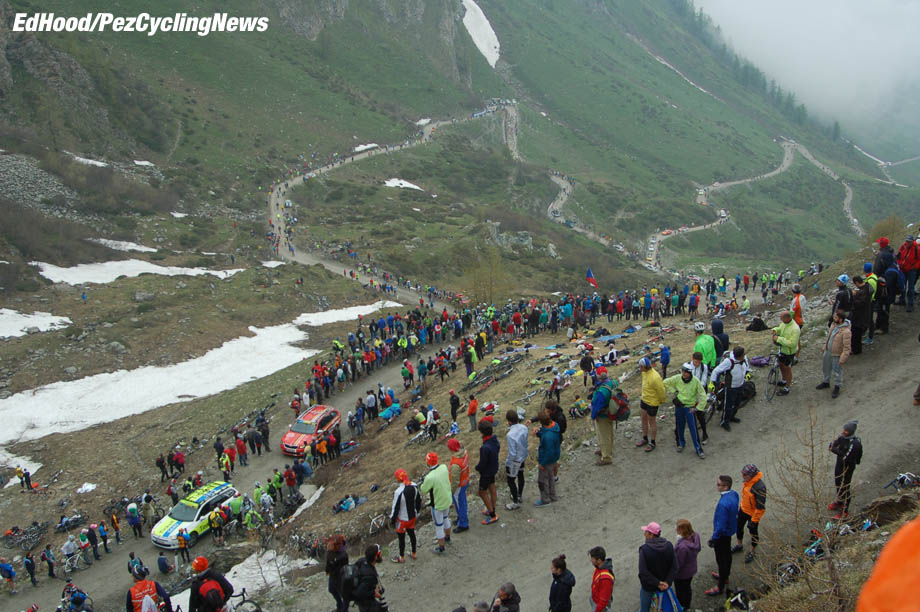 Steratti: Some say 'gimmick', some say 'back to the roots of the sport, when men were men'. Whichever it is, the view from the top of the Finestre out across that dirt road which winds up the valley is certainly impressive. 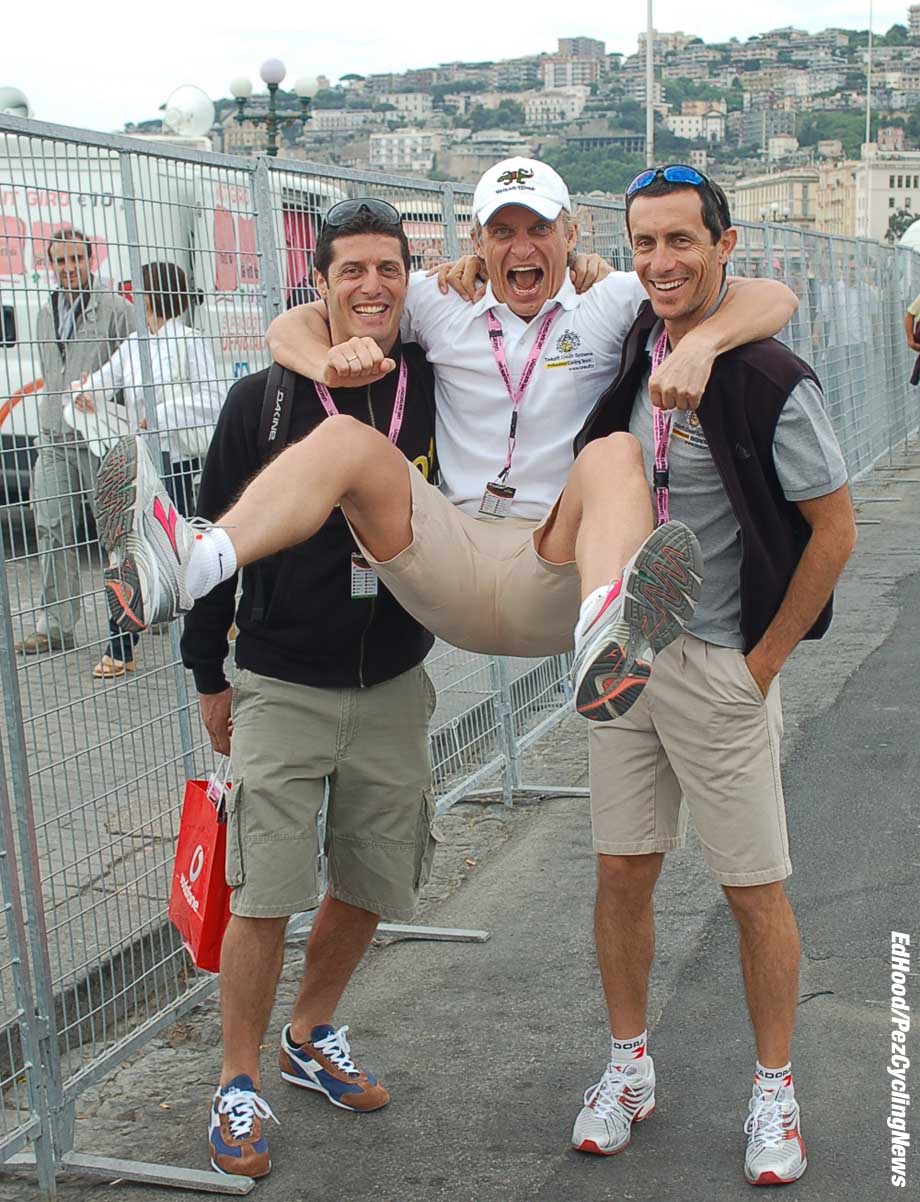 Tinkov: He may be a curmudgeon now with criticism of just about everything – and everyone - in the sport. But PEZ remembers him when he was good fun. 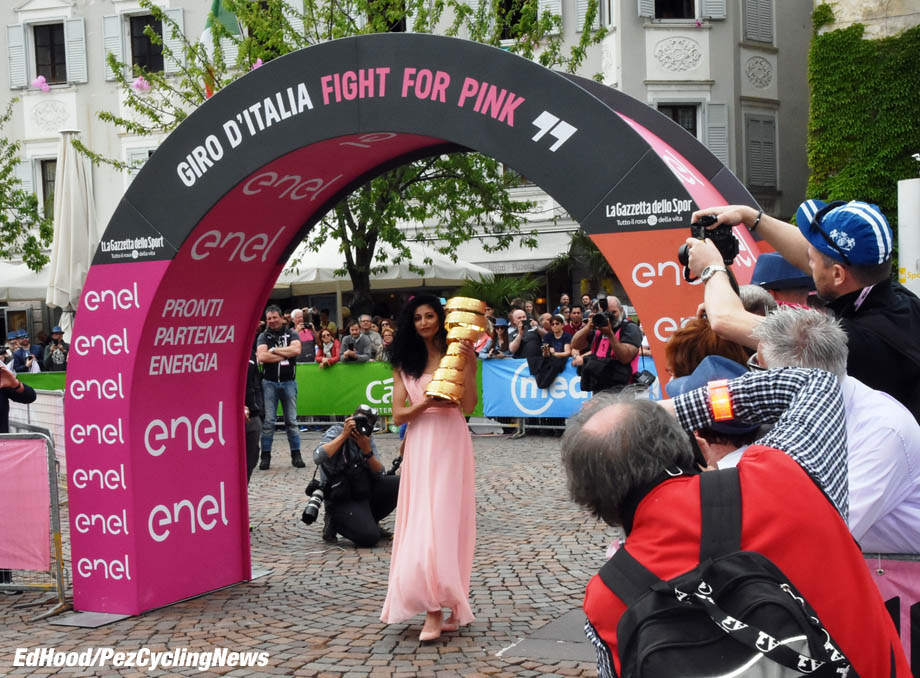 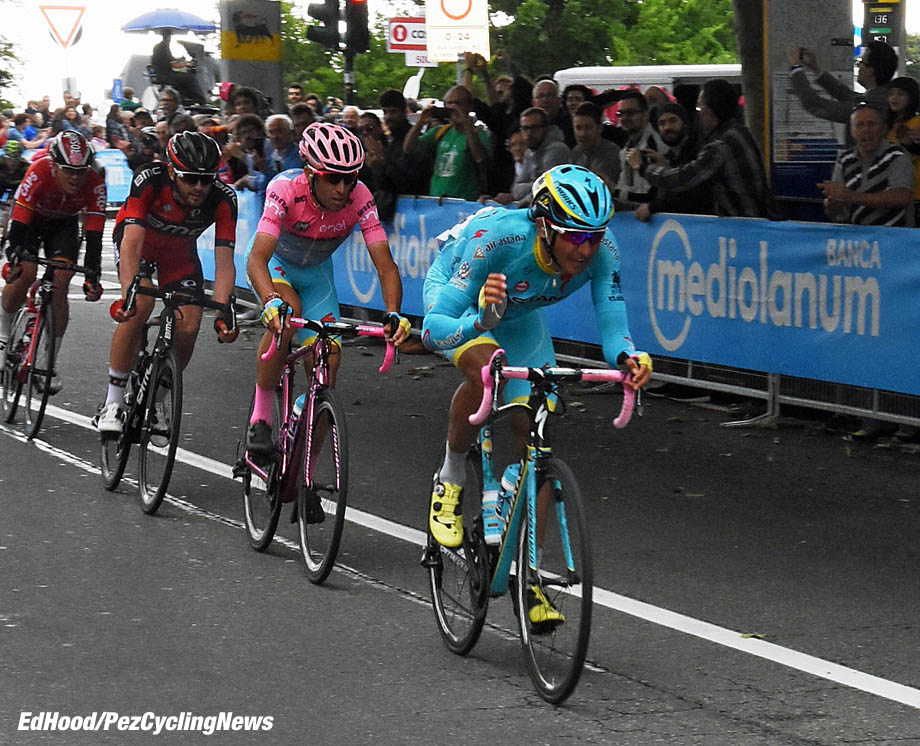 Unequivocally Pink: We love it, right down to the pink socks. 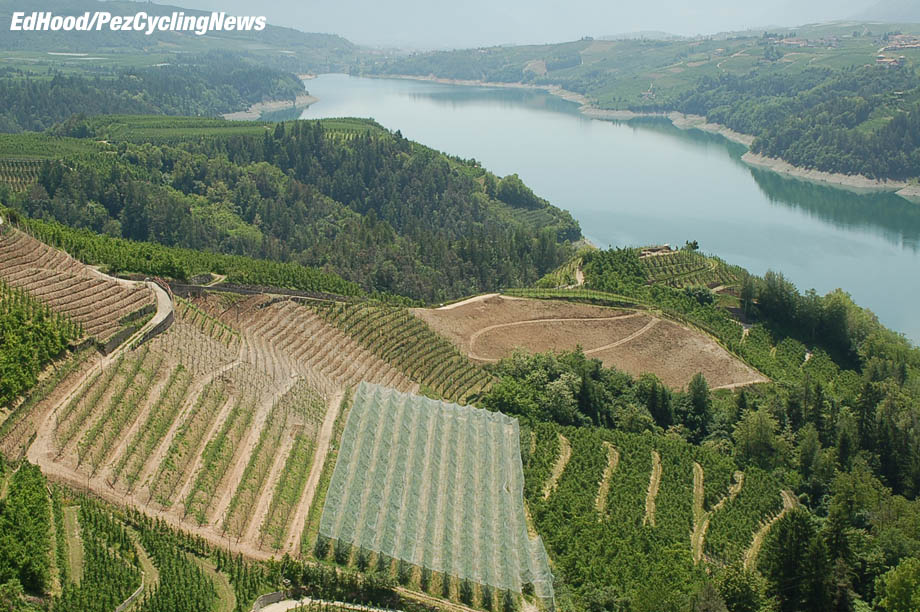 Viniculture: When you see the care with which the vineyards of Italy are laid out, it’s small wonder that they produce some of the best wines in the world. 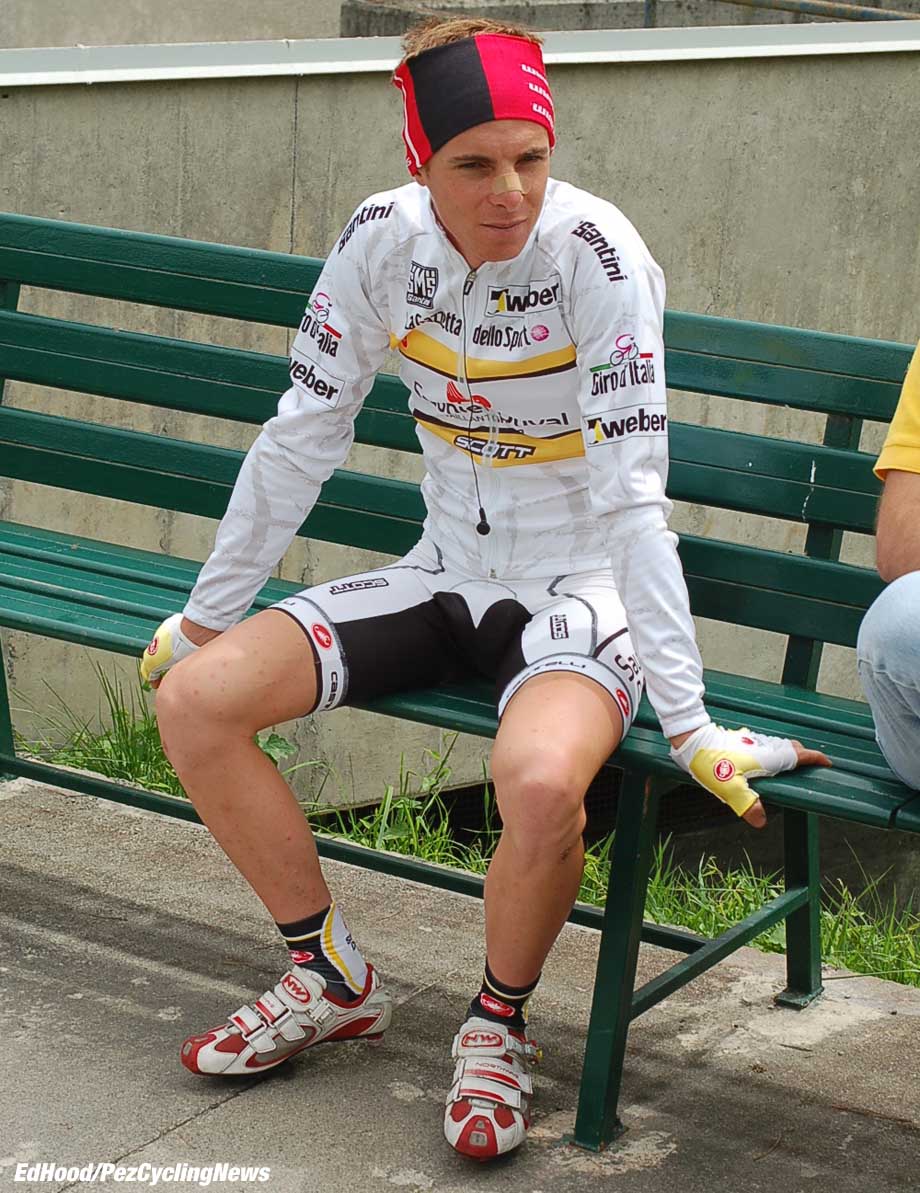 'Wrong un': Literally a 'wrong one' as they say in Northern England, from the moment I interviewed him at a Saunier Duval training camp I knew his career would end badly, one way or another. 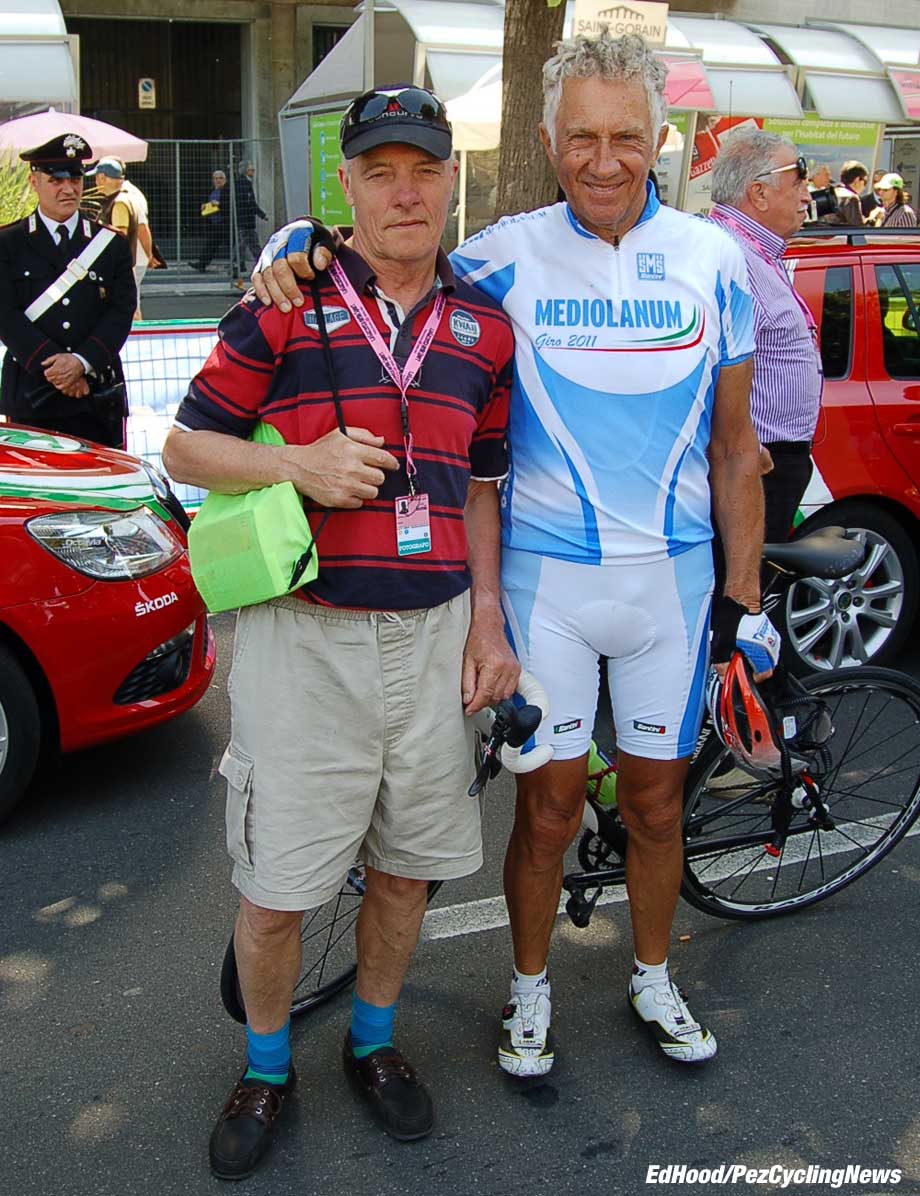 X Giro winners: (sorry) like the Tour, the Giro looks after its own – here's '66 winner, Gianni Motta, still on the race, still looking good. 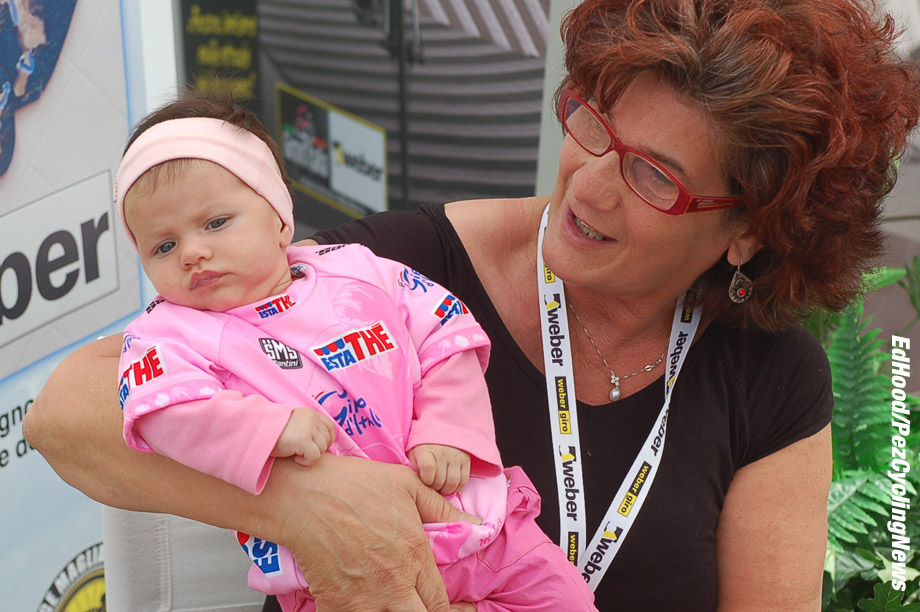 Young: When you see children and babies roadside it’s no wonder the race spans the generations and so many Italian pro riders will tell you; 'when I was a kid, my dad used to take me to watch the Giro. . .' 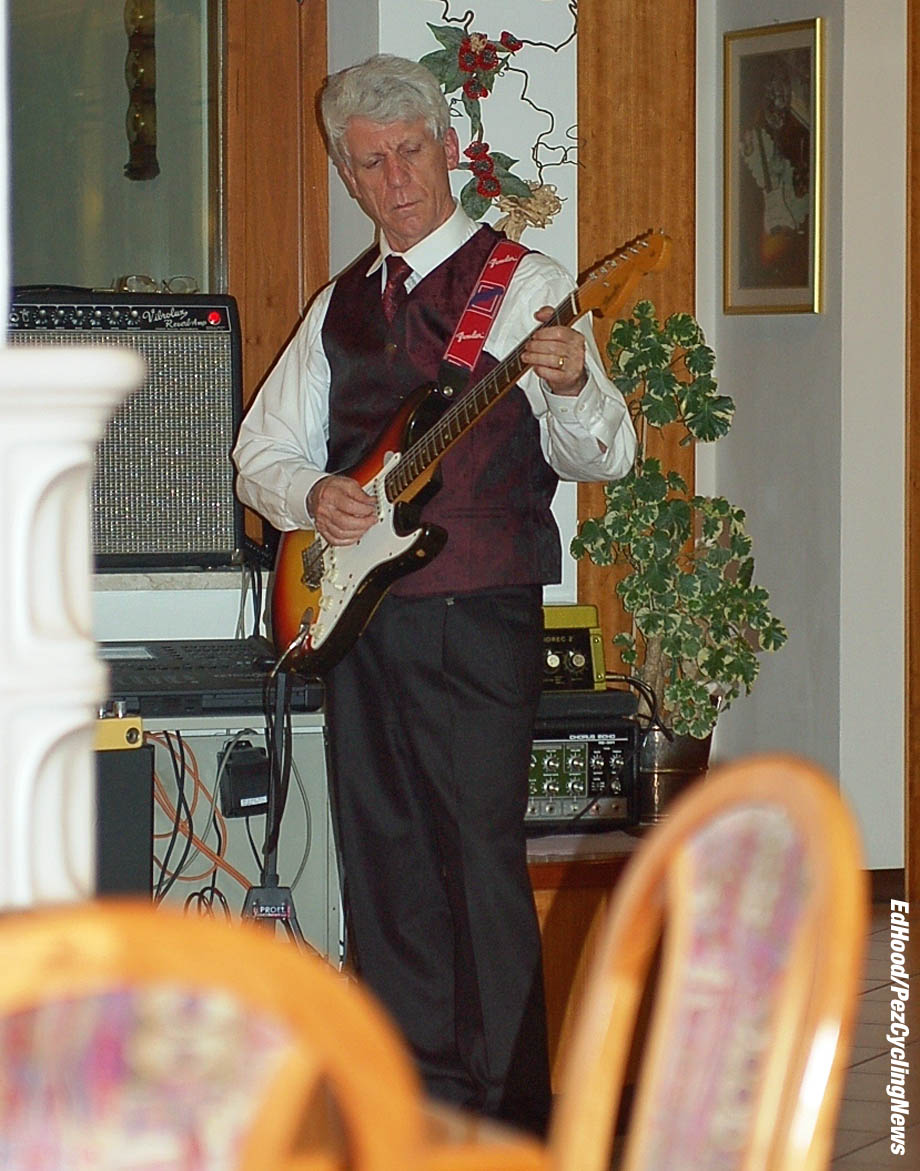 Zany: I mention to our host for the evening that I like his guitar, which sits in the corner, ‘It’s a Fender Stratocaster just like Hank Marvin’s!’ he explains. And Dave and I are treated to a few Shadows tunes over dinner. Hank and the Shadows? Google it, Dude.

The Giro, we love it.

Stay tuned to PEZ for everything Giro!